Scott Donaldson, a biographer who specialized in literary giants, among them Ernest Hemingway, F. Scott Fitzgerald and John Cheever, although he called the task of capturing such personages between the covers of a book “the impossible craft,” died on Dec. 1 at his home in Scottsdale, Ariz. He was 92.

His wife, Vivian Donaldson, said the cause was lung cancer.

Mr. Donaldson began his career as a newsman but eventually made his way to academia, teaching American literature at the College of William & Mary in Williamsburg, Va., for 27 years. He found himself drawn to the life stories of literary figures and the relationship between their experiences and their writings.

His first biography, “Poet in America: Winfield Townley Scott,” published in 1972, told the story of a not-particularly-famous poet whose work Mr. Donaldson found intriguing. (“Winfield Townley Scott wanted to write great poetry,” it began. “He wrote very good poetry. Perhaps time will show that it was great.”) For his next subject, he went considerably higher up the literary ladder: “By Force of Will: The Life and Art of Ernest Hemingway” was published in 1977.

Plenty of books had already been written about Hemingway, who died in 1961, but Mr. Donaldson took an unusual approach. Each chapter examined what Hemingway thought, wrote and did in relation to a particular theme — sports, religion, politics, sex and more. i

“While many of the books on Hemingway have been written by friends — and some by enemies — Mr. Donaldson plays his cards close to his vest in this respect,” Anatole Broyard wrote in a review in The New York Times. “It does seem, though, that his documentation shoots quite a few holes in the Hemingway Legend.”

He tackled another often-written-about titan six years later in “Fool for Love: F. Scott Fitzgerald,” in which he posed the theory that the author’s life and work had been dominated by “an overweening compulsion to please.” In 1999 he published “Hemingway vs. Fitzgerald: The Rise and Fall of a Literary Friendship.”

In his later years Mr. Donaldson collected his thoughts in “The Impossible Craft: Literary Biography” (2015), which examined both the pleasures and the pitfalls of biography writing. In one section, to illustrate the elusiveness of some facts, he recounted how 14 different writers, including himself, had treated a flirtation — or was it an affair? — that Fitzgerald’s flamboyant wife, Zelda, had with a French aviator named Edouard Jozan.

“A few felt certain that Zelda was unfaithful to Scott with Jozan; others were sure that she was not,” he wrote. “Some chroniclers thought the affair of little importance; others saw it as of great significance. From 14 books you get 14 different accounts.”

There was value in the attempt to write a thorough portrait of a life, Mr. Donaldson concluded, but no biographer could produce a work “so splendid and comprehensive, so valid and insightful, so attuned to the past, in harmony with the present, and anticipatory of the future as to merit the term ‘definitive.’”

John Scott Donaldson — he dropped “John” while still a young man — was born on Nov. 11, 1928, in Minneapolis to Frank and Ruth Chase Donaldson. His father invented an air filter to protect tractor engines and went on to found the Donaldson Company, which became an international concern.

Scott attended the Blake School in Minneapolis. As a teenager he was a nationally ranked tennis player in the 15-and-younger group; he continued to enjoy the sport for more than 60 years, giving it up only when he tore a calf muscle at age 80.

Mr. Donaldson was an English major at Yale University, graduating in 1950, and earned a master’s degree in English at the University of Minnesota in 1953. Then, with the Korean War near its end, he enlisted in the Army Security Agency, an intelligence branch, where he was trained as a Morse code intercept operator.

“I wasn’t very good at the work, which consisted largely of copying five-letter code groups from barely audible radio signals,” he wrote in “The Impossible Craft.” “It did teach me for the first time how to use a typewriter, the one good thing that came out of my military experience.”

During the Christmas holidays in 1953 he married Winifred MarieAnn Davis. Seven months later she was killed in an automobile accident.

He was later stationed in Kyoto, Japan, and made a stab at a writing career. “I sent a fact piece to The New Yorker,” he recalled in “The Impossible Craft,” “about the life of an enlisted man in the Orient — ‘Letter From Japan,’ I pretentiously called it — and am still waiting for acknowledgment of its receipt.”

After military service, he was hired by The Minneapolis Star as a reporter, a job he credited with instilling the discipline necessary to write prolifically. In the early 1960s he started a weekly newspaper in the Minneapolis suburb of Bloomington. Soon he was executive editor of a chain of weekly newspapers in the area, but in 1963 he returned to the University of Minnesota, earning a doctorate in American studies. He joined the William & Mary faculty in the fall of 1966.

Mr. Donaldson’s other biographies included “John Cheever,” published in 1988, six years after Mr. Cheever’s death at 70. In an interview with The Times, Mr. Donaldson said the seed for the volume was planted in 1976, when, while working on an article about Mr. Cheever, he shared a drink with him on Nantucket.

“His openness was extraordinary,” Mr. Donaldson recalled. “Especially the way he talked about all his love affairs. Maybe he was just trying to shock the bourgeois professor.”

In 1984, by then working on the Cheever biography in earnest, he spent the summer in Briarcliff Manor, N.Y.

“It was only a few miles from the Cheever house in Ossining, and I had a chance to see a great many of his intimate friends and a great many writers in the Northeast for the summer,” Mr. Donaldson recounted. “In one glorious day, I met Saul Bellow, Robert Penn Warren and Eleanor Clark.” 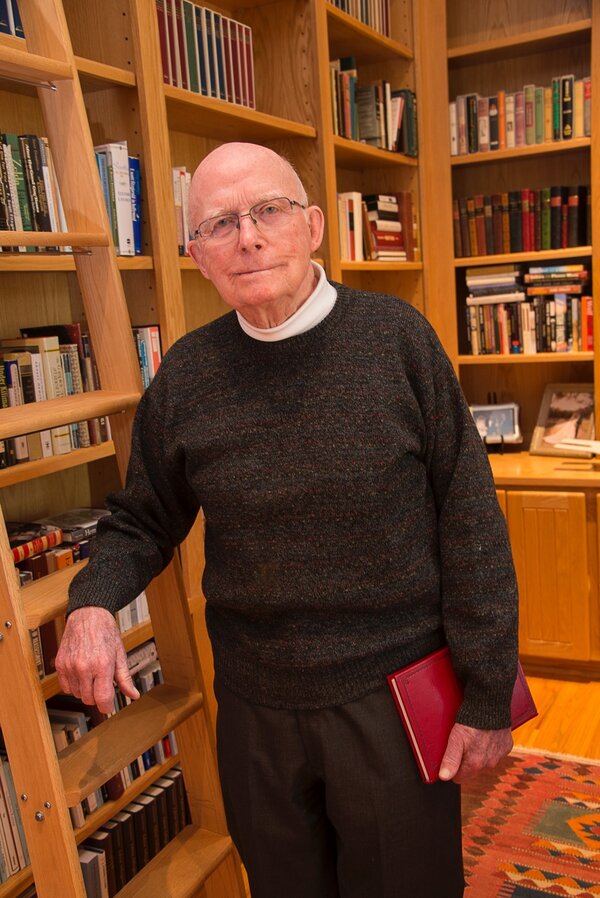 His marriage to Janet Kay Mikelson in 1957 ended in divorce in the 1980s. He married Vivian Baker Breckenridge in 1982. In addition to her, he is survived by three sons from his second marriage, Chase, Stephen and Andrew; two stepdaughters from his third marriage, Janet Breckenridge and Britton Chase Donaldson; and four grandchildren.

Mr. Donaldson said that although the market for biographies might not be spectacular, he could count on a steady readership for his type of book.

“That will not stop,” he wrote in “The Impossible Craft,” “until humans lose their curiosity about each other, and about the way they lived and loved and did their work.”