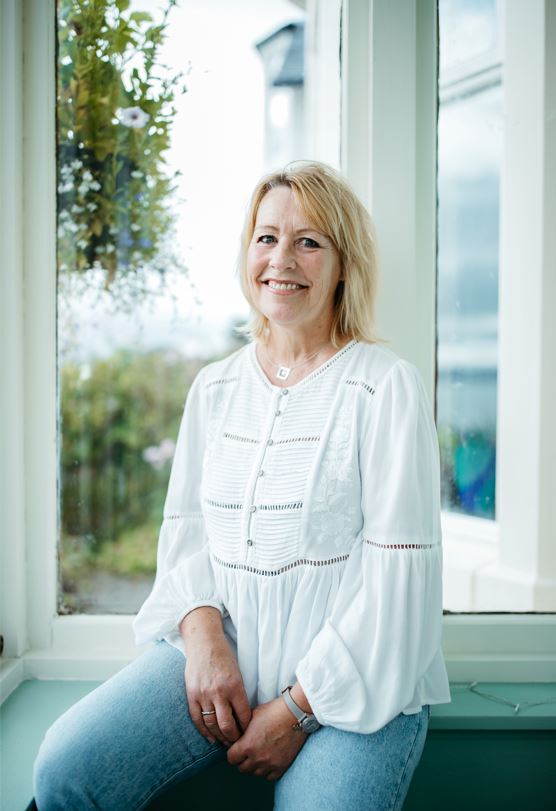 Nobody understands romance like Marguerite Kaye – who has penned 60 historical novels and novellas for Mills and Boon – her latest, Her Heart for a Compass, written alongside Sarah, Duchess of York.

So can anyone write a bestselling romance? Here, Marguerite, 40, shares her secrets of success…

I still have my first rejection letter from Mills and Boon. They were so encouraging, I tried again, and my next book was accepted. I had studied a law degree, and spent years in a job I hated, as a computer programme manager. Finally, I took redundancy, and that gave me the chance to write. So if you think you have a story in your head – write it down.

I always start with my characters. They come first – before plot. I think about what kind of person they are, and then wonder what would happen if this hero met that heroine. For my current book, I started wondering about people who suddenly disappear from their own lives – and I wondered what would happen if a character was married 200 years ago, and then walked away – returning years later. How would they have changed over the years in between?

Let the back story develop

Don’t explain the backstory to your characters too fast. It’s a common mistake, and it can actually read like a diary entry. You don’t want the whole back story complicating your first chapter – you want to put two people together and let something happen. Let the back story evolve as your chapters unfold, but also remember the readers like to work things out things out for themselves. They like to wonder why someone has reacted so strongly, or why a character has taken a certain decision.

Don’t have too many characters

Mills and Boon Historical books are 75,000 words long and the modern ones are 50,00-55,000, so there’s not a lot of room for extra characters. Make sure that your secondary characters are contributing to the romance. If they’re just there to provide extra colour, there’s not enough room for them. Unless they’re best friends giving advice or mothers and fathers getting in the way, don’t have them – because the readers just want to know what’s going on between hero and heroine.

Hit the delete button if you have to

I usually re-write the first 10-20,000 words of a book five and six times until I’m satisfied it’s just right. This is normal and always trust your instincts if you think a passage is not right. Remember that if you’re bored when you’re writing it, a reader will be bored reading it! If a scene doesn’t play a part in the romance, I give it the chop. So don’t get too precious.

Go to your desk and treat it like day job

Remember that a book will take forever if you don’t buckle down – you can get bored with it, which is why deadlines are good. The more you write, the more exciting your book becomes – and it’s always a good sign is if you can’t type fast enough towards the end. I write for an hour for a time, then stop and go into the garden for a screenbreak. Set the alarm on your phone. This method works best later on in the book, when I’m typing away furiously.

Think about the age of your couple. They don’t have to be really young. I am writing about older couples in their forties at the moment – they’re so interesting because they have much more baggage and experience. So base your characters your own age and experiences, and what’s happening to your friends.

Choose your moment in time

If you’re writing historical novels, choose an era you’re really interested in, because historical readers are real history buffs so you need to know enough about the period not to make serious mistakes. Think hard about a period of time you like – why you like Regency, Victorians or Vikings. Readers don’t just want a list of historical facts, but they do want to know, very quickly, where they are and in what period of time. So place this very quickly in your opening pages – so the readers know what point in history your heroine is in.

It’s not just about chiselled jaws

It’s an old cliché about the handsome man with the chiselled jaw. While looks do come into it, they’re not the most important part of your characters. It’s how they are attracted to each other which counts. Sometimes they don’t like each other but mostly there’s something that makes them curious about each other, sometimes there’s an instant chemistry and sometimes they’ll resist it. I’m not a big fan of writing romances where the two main characters hate each other, where there’s conflict on a personal basis. I find that quite difficult to believe if they then fall in love.

Copying someone’s elses style or thinking that you can simply write to a formula – ‘I’m going to write a Mills and Boon and tick this box and this box’ – will never work. Readers can really tell if something’s just written like that – and never underestimate your readers. They’re clever, and they know their favourite genres inside out.

For submissions for Mills and Boon, you write the first three chapters and a synopsis. Those first few chapters show you have enough of a romance and believeable characters. I believe that everyone has the set up of a book in them but not everyone has the start, middle and end of a book. Your synopsis will show that you do.

All writers, no matter how experienced, get days when they feel like they’re a lone voice in the wilderness– so constructive feedback on what you’ve written is really helpful. But don’t just show your mum or your best friend, because they’ll think your words are brilliant. Join one of the online reading groups – they’re such a support when you’re stuck and if you find a specific one for your genre, you’ll receive positive criticism from other people who love the same genre.

The end has to be satisfying but it has to be realistic, so it can’t be an unbelievable plot twist right at the end. Usually, they have to get over the emotional hurdle that was keeping them apart. It’s normally a dark moment, where they realise that if they don’t have the other person in their life, they’ll never be happy.

Her Heart For A Compass by Sarah Ferguson, Duchess of York with Marguerite Kaye is published by Mills & Boon and out now in paperback, eBook and audiobook, available on Amazon.co.uk.