Danielle Evans really did mean to write a novel.

She had promised one to her literary agent, and there was certainly interest after her critically acclaimed 2010 debut, “Before You Suffocate Your Own Fool Self,” a story collection that earned her a place on the National Book Foundation’s Five Under 35 list.

But over the past 10 years, Evans kept getting ideas for short stories. She would write them “quickly and secretly,” she said in a video interview last month, then get back to work. Eventually, however, the novel gave rise to a novella, the stories kept coming, and they are all together in her new collection, “The Office of Historical Corrections,” out on Tuesday from Riverhead.

The book is “thematically about apologies, or corrections, or trying to make things right,” Evans, 36, said, though it shouldn’t be taken as any sort of apology for writing more short stories. It’s a form that she loves because “you get to see a writer thinking about the same question in different ways but arriving at different answers,” she said.

In one, “Boys Go to Jupiter,” a college student named Claire becomes a lightning rod — scorned by Black students, supported by the campus libertarian group — when a photo of her in a Confederate flag bikini circulates. In “Why Won’t Women Just Say What They Want,” a high-profile artist’s latest work is a series of public apologies to the women he’s wronged — ex-wives, his daughter, a former assistant — though he doesn’t realize all that forgiveness entails. And in “Alcatraz,” a woman fights in vain to reverse her relative’s dishonorable discharge, focused on the sum she estimates the U.S. government owes her family: $227,035.87.

The novella, which gives the book its name, follows Cassie, a field worker in a fictional but plausible government department, the Institute for Public History. Cassie’s job is to leave notes of clarification throughout the country about everything from inaccurate commemorative plaques to kitschy souvenirs. In one scene she corrects a bakery’s Juneteenth display — “targeted not to the people who’d celebrated Juneteenth all along but to office managers who’d feel hectored into not missing a Black holiday or who just wanted an excuse for miscellaneous dessert.” She and her few co-workers of color “shared an urgency about the kind of work we were doing, a belief that the truth was our last best hope, and a sense that our own mission was less neutral and more necessary than that of the white men we answered to at the office.”

Evans’s stories and their sensitivity to issues around race and power feel particularly resonant in 2020, and to the people who know her work, that is no surprise. “Danielle can always anticipate what’s going to happen,” the writer Melinda Moustakis, who was part of Evans’s Five Under 35 cohort, said.

Her editor, Sarah McGrath, said, “She sees really clearly the meaning of various exchanges in ways that many of us take for granted.”

Evans, who teaches creative writing at Johns Hopkins University in Baltimore, talked about how short stories work, the evolving discussion of race in literature and publishing, and, in a way, her fear of commitment. This conversation has been edited and condensed.

You don’t see many writers who publish only short stories, and novellas are even rarer. What do you like about the short story form?

I can shape-shift. I’m not pinned down to one voice or one model or one way of thinking about something.

I’m especially aware of this, being a Black female writer. This was more true of my first collection, but I was aware of all the ways people — even well-intentioned people or people who think they were being complimentary — see that in a reductive way. There was a point in our culture when the best possible reception you could hope for as a writer of color with a mainstream audience was that people would celebrate you as the voice of your community, which is a fraught place to be speaking from.

Stories work in compression and intensity, and their structure helps me get to the place where everything collapses or the threads come together. It can echo some of the intensity of how being alive feels. [Laughs.] Maybe that’s an intellectual way of saying that I’m commitment-phobic.

I do think it’s true in some existential way that people don’t universally take the short story seriously. Who knows what imaginary life I’d have if I’d written a novel first — maybe I’d be on some private island, but probably not! Working in the story form has in some ways given me what I wanted, which was not necessarily a flashy career but a sustainable career. 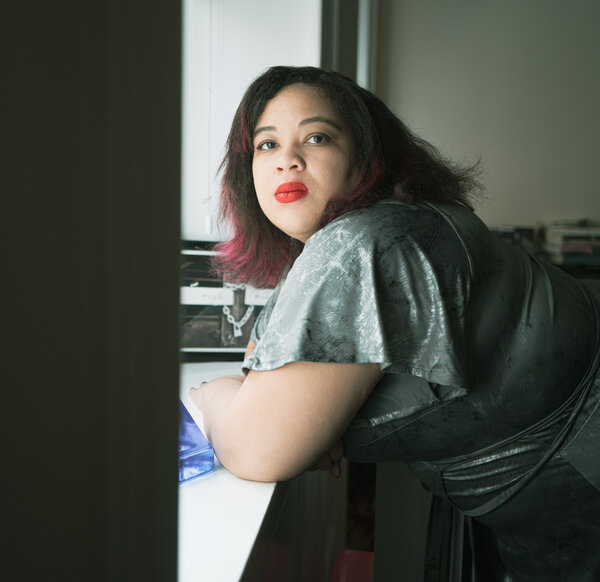 How is this collection different from your first?

It’s a slightly weirder book. Having bought myself some trust, I can take risks and ask people to go with me, which I probably wouldn’t have tried in the first book. Now, I’m asking readers to wait till the end of the story and see if you still trust me. You don’t have that freedom with a debut.

You’ve spent much of the past decade teaching and visiting colleges across the country. How has your time in the classroom affected your writing?

There are a lot of things that make you feel like art is tiny or that writing is meaningless. Every five minutes someone declares the death of fiction. But being in the classroom helps me turn off that noise and see that writing really matters to people. If I put the right story in someone’s hands, it can change their life.

And it’s an excuse to reread “Jazz” once a year, since I teach it so often. It’s a book that reminds me why I want to be a writer.

You wrote much of this book during an intensely difficult time, while caring for your mother. How did that shape the arc of this new collection?

This book is substantially about grief. I was writing it when my mother was sick — she died three years ago, and I can see it all over the book now. It was a way to write into a space that I didn’t have an emotional vocabulary for: The emotional balance of the stories is often more about the day-to-day management of life in the face of something that won’t change.

These stories are shaped differently because I was thinking about how you write about the absence of choice. It was probably related to both my sense of personal crisis and a sense of national crisis: how to think about the parts of the world we can’t control.

In what ways do you feel like the broader culture has changed surrounding how we talk about race and works by authors of color?

I’m less afraid that I’ll be the only Black writer that somebody reads or that there will be only one book by a writer of color each season that people are talking about.

It’s much more true now that you’ll hear, “Here are eight books by Black writers. Let’s think about what they’re saying to each other.” That gives me more space to be weirder, riskier — not to feel like something will be taken as representative.

Across the publishing industry there’s been a racial reckoning. What else would you like to see happen?

I almost never get asked to review white writers, for example. The one person who ever asked me to review a story collection by a white writer was a Black editor. People of color notice the absences, we notice the treatment of secondary characters, where the language gets weird. And that’s useful for everybody.

We should be talking about race more as a function of craft — of everybody’s craft. Maybe it shouldn’t be the first paragraph of every review, but it should be noted that books have a racial context. Conversations would be more interesting for it. Part of the answer is making that conversation present in more places, so it doesn’t feel hyper-visible when it’s focused on the work of Black writers.

I never want to give the impression that I don’t want to be identified as a Black writer — obviously, it’s an important part of what I do and part of my identity and writing. But reading reviews of my first collections, sometimes I wondered how people would describe the book if they had to wait until the second paragraph to mention race.