Spanning Centuries and Continents, Novels of Our Common Humanity

With its intersecting plots that rest on the slow but not so steady construction of an enormous church in medieval Alsace, Ben Hopkins’s novel has the look of an old-fashioned doorstop of a saga. But when you immerse yourself in the shifting perspectives of CATHEDRAL (Europa, 624 pp., $28), what you also discover is a clever (even postmodern?) commentary on the ironies of history. As he traces the fates of a lively scrum of characters, Hopkins shows how the seemingly firm hierarchies of one era can be grounded in the social strife — and sometimes sheer luck — of those that came before. In this nimble mesh of stories, a trading empire can have its roots in something as simple as the theft of a wig. And forbidden love can lead to a lonely death or to the birth, many years onward, of a whole new community.

From its initial transaction, in which a shepherd bound in serfdom to the local bishop takes out a huge loan to buy his family’s freedom, “Cathedral” reveals the mercantile aspect of daily existence in the town of Hagenburg. This is a period in which guilds will tussle for influence with an increasingly penurious aristocracy, when pirates will brazenly extort payments for passage on the nearby river, when the bishop’s dwindling coffers will be refilled with the spoils of a hunt for heretics. Pious weavers, members of the Cathar sect, will lose their livelihood and their lives to an increasingly corrupt religious establishment. Jews will be forced to do business through Christian proxies. And a strait-laced prelate will be sent all the way to the “bordello” that is Rome in pursuit of his master’s claim to a wealthy parishioner’s inheritance.

Hopkins is a filmmaker as well as a novelist, so it’s no surprise that he should stock his pages with tension-filled scenes. There are plenty of villains in this parade of skirmishes and subterfuges, and few who might pass as heroes. Among the latter are a stonemason who must hide his most intimate feelings, a Jewish entrepreneur with complicated father issues and a nobleman whose designs for the cathedral’s spectacular rose window somehow survive his own lost dreams. And although she’s too conniving to be a conventional heroine, the sharp-tongued peasant girl who grows up to command her own fortune just might turn out to be the winner in Hagenburg’s high-stakes historical lottery. 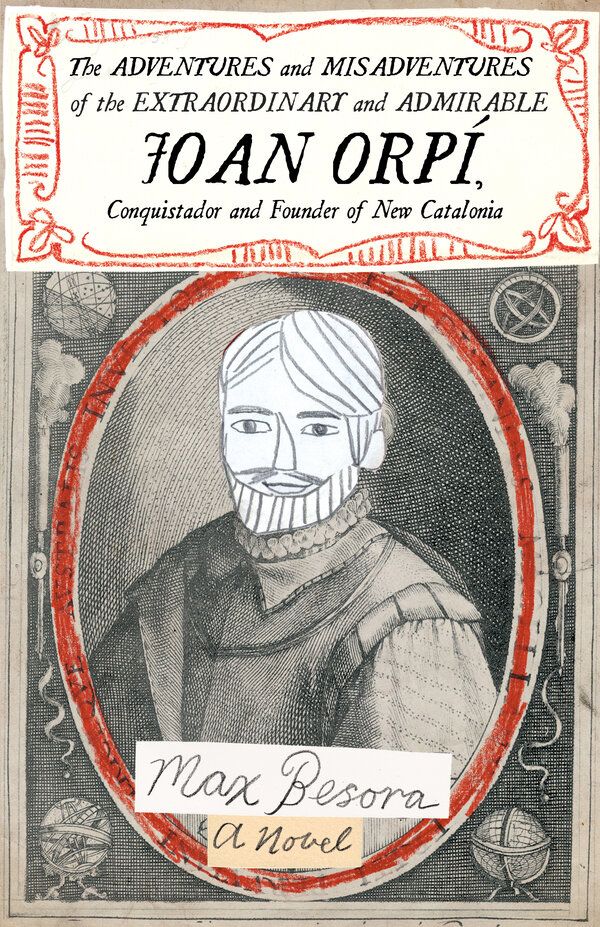 A decidedly unheroic woman drives a key plot twist in Max Besora’s inventive pastiche of fact, fiction and frolic. Translated from the Catalan by Mara Faye Lethem into a suitably satirical version of costume-drama English, THE ADVENTURES AND MISADVENTURES OF THE EXTRAORDINARY AND ADMIRABLE JOAN ORPÍ, CONQUISTADOR AND FOUNDER OF NEW CATALONIA (Open Letter, 400 pp., paper, $17.95) purports to be the tale told by a captain to his men during the 1714 siege of Barcelona, an attempt to divert them with the high jinks of a rapscallion who, a century earlier, ricocheted from the Catalan countryside to Barcelona and Seville, then across the Atlantic to the Spanish colonies of South America. As one unexpectedly well-read member of the captain’s audience notes, it all has a distinctly Rabelaisian aura.

Joan Orpí — compulsive gambler, failed lawyer, dedicated drunkard, inadvertent military hero — rubs shoulders, sometimes impossibly, with everyone from Miguel de Cervantes to Francis Drake. But his regular companions include a fellow law student (Ernest of the Cirrhotic Liver), a swashbuckling Amazon (Martulina the Divina) and a deeply corrupt dwarf (Triboulet Dvergar the Distasteful) who has a “gift for ubiquitousness,” a knack for taming crocodiles and, thanks to his sideline in necromancy, his very own mini-me: a tiny homunculus he carries around in a leather pouch.

Orpí’s escapades involve witches and brigands, scheming aristocrats and rebellious slaves, another man’s unfaithful wife and the liberated bride of a colonial grandee, even “a giant squid of colossal proportions.” He makes friends with a depressed knight who abhors violence and conspires with a prisoner whose tattoos are purported to reveal an escape route. And it all makes a weirdly riotous kind of sense. As the captain has explained at the outset, although he heard Orpí’s tale from a man who was “four sheets to the wind. Nonetheless, I didst believe him.”

The question of belief that lies at the heart of Viola Ardone’s THE CHILDREN’S TRAIN (HarperVia, 291 pp., $27.99) is anything but humorous. Seven-year-old Amerigo Speranza lives in a Neapolitan slum with his mother, who scrapes out the barest kind of existence in the immediate aftermath of World War II. And so, when the local Communists arrange for a group of boys and girls to travel north for the winter, sheltering with more prosperous families in Modena, a question arises: Will the hope for a better future threaten the ties that bind these parents and their offspring?

In Clarissa Botsford’s translation from the Italian, the bleak but resilient life of the south is set in contrast to the simple yet almost foreign pleasures Amerigo discovers with his host family. It’s not just the delicious meals, the warm clothing, the regular schooling. It’s also the unguarded affection. When the husband of his sponsor’s cousin, who works in a shop repairing musical instruments, gives the boy a violin, he’s overwhelmed: “I’ve never had anything of my own before. … It’s the first time I’ve been hugged by a father.”

Needless to say, Amerigo’s return to Naples isn’t easy, not when his mother sells his prized possession and sends him out every day to work for a shoemaker. A final section, set almost 50 years later, is a wrenching postscript to “a love made up of misunderstandings.” Amerigo has taken that long to come to terms with a sad truth imparted by one of his mother’s friends: “Your Mamma Antonietta has never had a caress in her life, and that’s why she doesn’t have any to give.”