Staring Down the Stigma of Sexually Transmitted Diseases

STRANGE BEDFELLOWS
Adventures in the Science, History, and Surprising Secrets of STDs
By Ina Park

Ina Park’s résumé is impressive: She’s a physician, part of the faculty of the University of California, San Francisco, and a medical consultant on sexually transmitted diseases at the C.D.C. But these are not the credentials that gave me hope that she would write a great book about sexually transmitted infections and the stigma surrounding them. After all, a typical North American medical education includes about 10 hours of sex education, which is less than I received in my first weekend of undergraduate training as a sex educator 25 years ago. What gave me hope that the book would exceed expectations was Park’s college work as a peer sex educator herself, when she dressed up as a giant condom and performed a live demo with a prophylactic and a banana.

“Strange Bedfellows” is, of course, timely, not least because more people are thinking about infectious disease and contact tracing now than at perhaps any time in history. This is the year to consider more clearly and compassionately humans’ coexistence with transmissible critters.

It’s timely, too, because Park is explicit about the role of race in America’s and the medical establishment’s knowledge and treatment of these infections — the Tuskegee study, to name just the most notorious example, was a syphilis study. Health disparities and maltreatment by medical professionals have deep roots that are affecting, understandably, the willingness of African-Americans to consider the Covid-19 vaccine.

And it’s timely because the autocracies of the 21st century are reliably and virulently misogynist and homophobic, with the president of Poland last year declaring that the term “L.G.B.T.” should not refer to people because it represents (in his view) an “ideology” more dangerous than communism. Want to make a Nazi mad? Read a book about how gay people, people of color and women of all kinds deserve evidence-based sexual health care.

But “Strange Bedfellows” is so much more than a fresh take on the biggest issues of 2021. It’s joyful and funny — concerned, for example, with the habitat loss of crabs in the face of pubic hair deforestation. Park ends most chapters with groan-worthy puns and quirkily practical guidance for parents and comedians alike. Chlamydia is funnier than herpes. Crabs, as Park proves in the pubic lice chapter, are hilarious.

And humor is essential to her goal. Compassion, science and a loving playfulness are the ultimate recipe for defusing stigma. As Park shows in the chapter on PrEP (H.I.V. pre-exposure prophylaxis, for those not in the know), stigma can reduce people’s willingness to take preventive medications or use preventive strategies; in this way, stigma literally increases risk of infection. 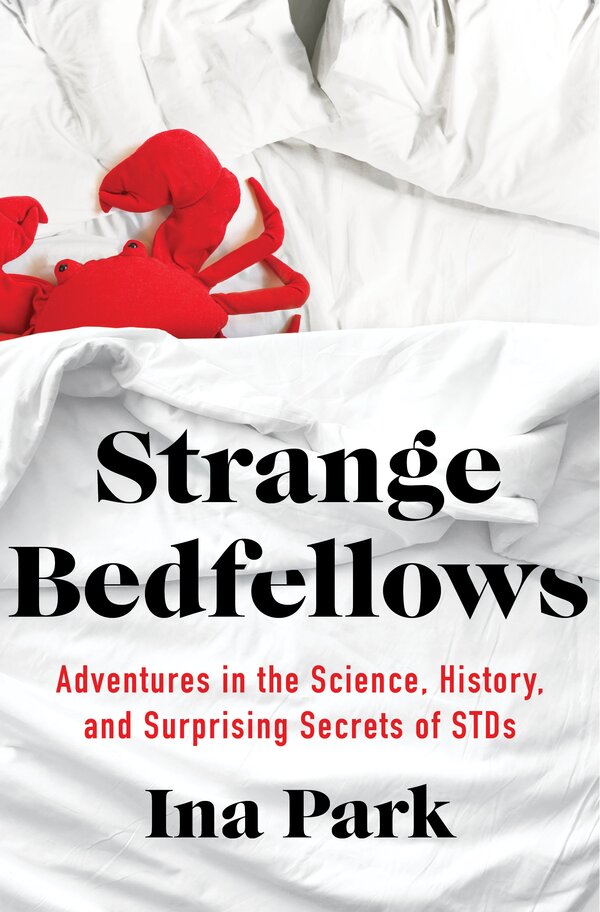 Where does stigma come from? Park gestures toward the usual suspects, like religious institutions and pop culture and the silence of families. She also recognizes less often acknowledged stigma-mongers, like direct-to-consumer marketing by pharmaceutical companies, journalism that describes sexually transmitted diseases in language that reinforces the stigma, and even the prevalence of an infection.

Great writing about sex meets readers where they are, and it invites them through the door of evidence-based sex education, into a world where shame simply can’t exist. In the spirit of Angela Garbes’s “Like a Mother,” Park uses science, compassion, humor, diverse stories and examples of her own shame-free living (would you be a live model for students learning about gynecological exams?) to take the stigma out of these infections.

In her introduction, Park asks: “Will shedding light on these hidden yet influential genital creatures help us defeat S.T.I.-related stigma? I don’t know, but we must start somewhere.” Let’s start here, with the self-described “Lorax of pubic hair. I speak for the trees, for the trees have no tongues.”