Laugh? I nearly died of shame in A&E! Sue Perkins reveals the VERY embarrassing injury she suffered after falling off a ladder while cleaning her windows naked as she recalls the event for Adam Kay’s new book

That’s how doctor-turned-comedy writer Adam Kay described working for the NHS in his bestselling 2017 memoir This Is Going To Hurt. 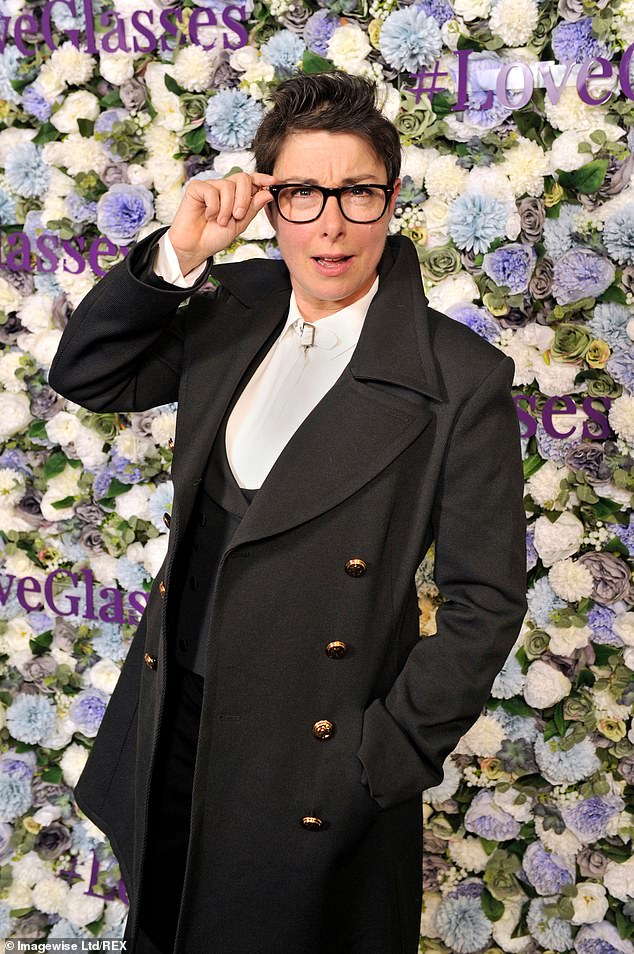 To help raise money for the 1.5 million ‘heroes’ still working for the NHS today, Kay (whose TV writing credits include Crims, Mrs Brown’s Boys and Mitchell And Webb) has compiled more than 100 stories in which celebrities pay tribute to those who ‘go above and beyond the call of duty every day’.

At least £3 per copy goes to NHS Charities Together and 15p to The Lullaby Trust (a charity raising awareness of Sudden Infant Death Syndrome).

Ranging from minor embarrassing incidents to heartbreaking diagnoses, their brushes with the NHS reflect those of the general population.

The collection begins with a shocking story from chat-show host Graham Norton. He recalls being stabbed walking home from a party in London when a man crossed the road just ahead of him.

‘Suddenly he turned and seemed to be brandishing something. A bat, a bar? I wasn’t sure,’ says Norton, who turned to flee and ran straight into the man’s accomplice.

‘I heard a strange, hollow banging sound, like somebody hitting a large plastic pipe. It was only after I realised it was the sound of my skull being beaten.

‘After I handed over my empty wallet, they made me lie on the ground as they emptied my rucksack.’

After the muggers left, Norton felt an odd sensation as he got up. His T-shirt was sticking to the pavement. It was covered in blood. He lifted the top to discover ‘a hole in my chest. Even in my drunken state, I knew this was serious.’

At St Charles Hospital in Ladbroke Grove, London, doctors told Norton that he had lost more than half his blood. Today, he thanks the NHS for saving his life and restoring his confidence.

‘My two-week stay hadn’t made me more fearful about life,’ he says. ‘It had made me feel safer. When I was a boy learning to ride a two-wheeler, I had been frightened and excited, but I knew that right by my side was my father waiting to catch me if I fell. That is living in the UK with the NHS. They are always there to catch us.’ 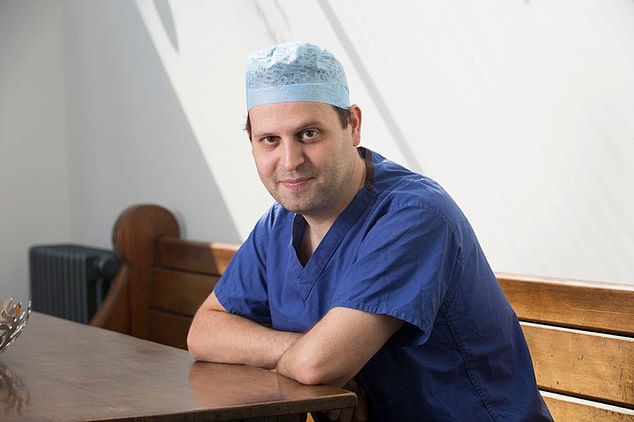 Several contributors are very funny. Comedians Miranda Hart and Lee Mack meditate on the awkwardness of exposing their private parts to medics who recognise them from the television. Documentarian Louis Theroux regrets not wearing smarter underwear over a swollen testicle.

Presenter Sue Perkins takes the prize for the most bizarre injury. In 2018, she was up a ladder, cleaning her house, stark naked. ‘I don’t like to smear a newly scrubbed pane of glass with a cuff or sleeve and mess up my endeavours.’

Stretching up to reach the top of a window, she overbalanced and came crashing off the ladder, down the stairs and on to her Hoover. ‘Once I’d hit the Hoover and the flex flew into the air, the attachment found its way into that most dark and secretive of human corners.’

Perkins remembers that ‘the nice man at London’s Royal Free Hospital’ enjoyed her story so much he brought in all his colleagues to hear it over and over again.

Comedian Jo Brand offers darker laughs about her experiences working as a mental health nurse between 1978-1988. On one occasion, she recalls arriving at A&E ‘to find a recently arrived police cadet holding down a protesting wild-eyed woman in her 60s.

‘Having been called to the ward and witnessed this woman shouting and waving, he immediately and efficiently got her down on the floor and lay across her. All great, except this woman was the senior sister.’