Summer of Love, Where Have You Gone?

Summer of Love, we hardly knew you. The characters in three Y.A. novels set in a contemporary or near-future Bay Area are notably affected by the overwhelming influence of Silicon Valley and venture capital. And yet it’s love — romantic, familial or between friends — that drives the beating heart of these addictive and timely stories. It isn’t free. (Was it ever?) Instead, love comes more rightfully dressed in all-important questions about power: how it's established, who grants it, whether everyone has equal access to it. Most important, these books show why love is absolutely vital to fight for, hold onto and celebrate. 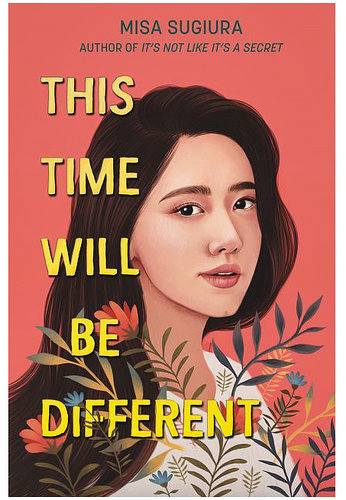 In Misa Sugiura’s THIS TIME WILL BE DIFFERENT (HarperTeen, 400 pp., $17.99; ages 13 and up), CJ Katsuyama spends most of her after-school hours working at her family’s flower shop, Heart’s Desire. While that seems like the perfect place for a romance, looming bankruptcy also sets the stage for a dynamic, multilayered drama about family love, the depth and strength of friendship, and hetero and queer romance.

Sugiura, the author of “It’s Not Like It’s a Secret,” also unpacks history’s repercussions on the present, as CJ and a group of friends recognize how profoundly the internment camps for Japanese-Americans during World War II established the economic imbalances that still affect their community today, and how some white families promoted racist programs in order to amass their own wealth.

For CJ, romance, family history and community history come together, forming a story that is ultimately about dignity and self-worth. The novel’s structure complements its themes: There is the forward-moving action of romance, suspense about the fate of the store, and the possibilities of a budding student revolution, alternating with short bursts of Japanese-American history that CJ embellishes with whip-smart sarcasm: “November 1945. Toshio, Mary and 16-year-old Frank (my granddad) are released from the Heart Mountain internment camp with travel fare and 25 dollars each because the U.S. government is generous like that.”

This masterly weaving of the personal, political and historical is one of the novel’s greatest strengths. A story with so many narrative threads might easily unspool, but Sugiura keeps it tightly interlaced through CJ’s captivating, honest, often hilarious point of view. “I’m so sick of the model-minority thing,” she says at one point. “It makes kids like me feel extra defective, like I’m disappointing not only Mom but the entire world.” Her voice anchors a novel that’s fresh, vibrant, affecting and powerful. 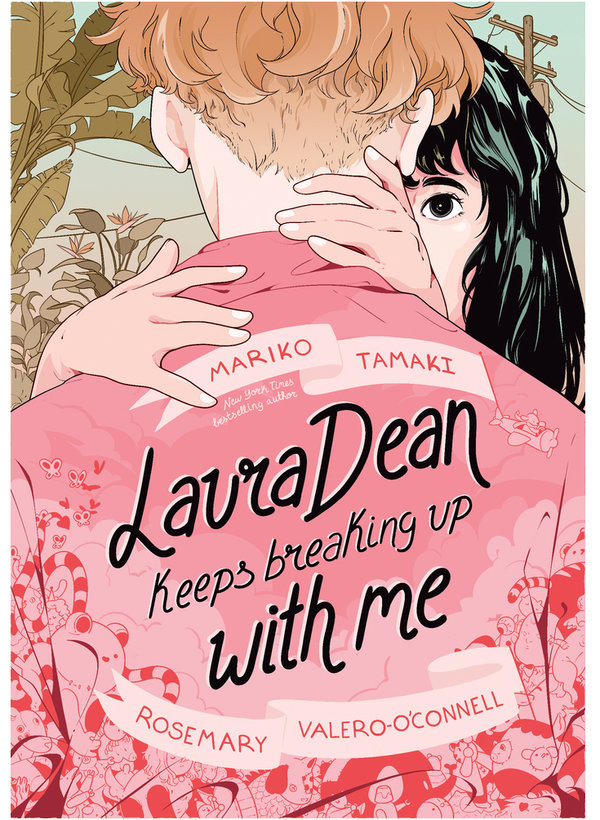 With this summer marking the 50th anniversary of Stonewall, Mariko Tamaki and Rosemary Valero-O’Connell’s LAURA DEAN KEEPS BREAKING UP WITH ME (First Second, 289 pp., $17.99; ages 14 and up) is a welcome reminder that love is love is love. Set in the richly diverse community in and around Berkeley High School, this graphic novel is a sweet, wholehearted ode to on-again-off-again relationships. Frederica Riley (Freddy) is sure she loves the mesmerizing Laura Dean. What makes her extra hooked is that no matter how many times Laura breaks up with her, Laura always beckons her back with her siren call, “it’s cool” (everything’s always cool for Laura, maybe too much so). But after Freddy catches Laura cheating on her at the Valentine’s Day dance, and yet another breakup ensues, Freddy needs help.

Tamaki and Valero-O’Connell slyly undercut the rocky romance, preventing it from veering into melodrama with endearing moments between the girls’ other friends and flashes of humor. Freddy’s friend Doodle provides a necessary counterbalance to overwhelming and overbearing Laura, and Freddy’s family of stuffed animals offer their two cents in comic-relief asides.

Much of the well-earned emotional power of the story emerges in beautiful silences. We see the cluttered cave of Freddy’s bedroom, or a moment of escape in which she’s slumped against a school wall, or long walks to and from coffee shops. But nothing in this city or story feels cold and concrete. Quite the opposite. The lush foliage and plant life bursting from the background, sometimes even overtaking the foreground, suggests that life is growing, even thriving, all around Freddy, and that though the intensity of a relationship can feel all-consuming, affairs of the heart are better served by looking up and seeing what else (and who else) is around you. Friends matter. They are not to be sidelined and taken for granted.

Again, history is relevant. Sparks of wisdom from a previous generation of L.G.B.T. activists and leaders flash throughout the story, offering important reminders of the efforts and struggles of previous generations. But the story isn’t overtly political. Freddy gets to mope about her on-and-off relationship with Laura Dean, just as countless heterosexual protagonists do. Tamaki and Valero-O’Connell’s tenderhearted narrative sings with real, honest emotion that will resonate with anyone trying to figure out love.

Understanding history is essential — but what about preparing for the future? In GIRL GONE VIRAL (Viking, 402 pp., $17.99; ages 12 and up), Arvin Ahmadi adroitly examines our contemporary obsession with celebrity culture and social media through the voice of Opal Hopper, a 17-year-old in the near future in search of answers about her father’s mysterious disappearance. Opal’s life at the ultracompetitive Palo Alto High School is relatively quiet until she gains access to an illegal download of data, a drone mysteriously delivers her a special pair of virtual reality glasses, and she finds herself an overnight celebrity after she uses both gifts in her role as host of a V.R. talk show. “I want to control the narrative,” she decides. Clues to her father’s disappearance emerge, her love life takes a surprising swing (until that relationship is stretched to its limit), and the high stakes venture capital investments that come with her success put her in an ethically compromised position.

Throughout the compulsively readable story that follows, Ahmadi raises thought-provoking questions about the role and influence of social media in our lives. The intoxication of going viral is all too familiar, but even the savviest of us aren’t immune to the way virtual reality distorts actual reality. Social media doesn’t “capture” real life, it stitches together narrative; it’s fiction masquerading as documentary nonfiction. When we live our entire lives on social media, what is “reality” exactly, and what effect does living primarily in a fiction of our own making have on our emotional, psychological and even physical health? Ethically speaking, is the empathy we express in virtual reality only virtual empathy, and therefore not the real thing? And without genuine empathy, who are we?

While this smart, timely and riveting novel addresses all of these profound questions, Ahmadi keeps the philosophy tucked neatly between the lines, foregrounding the emotional questions that drive Opal and her friends’ story. They wrestle with contradictions between what people say and how they really feel, and they must figure out whether relationships formed in lives lived in V.R., rather than those made authentically I.R.L., can still be honest and true.

The answers, of course, come all the way back to the beginning: love. Ahmadi shows that the best investments are the ones we make in each other, because the opportunity to love another person is something each of us can offer and all of us deserve.

Brendan Kiely is the author of four novels for young readers, most recently “Tradition.”