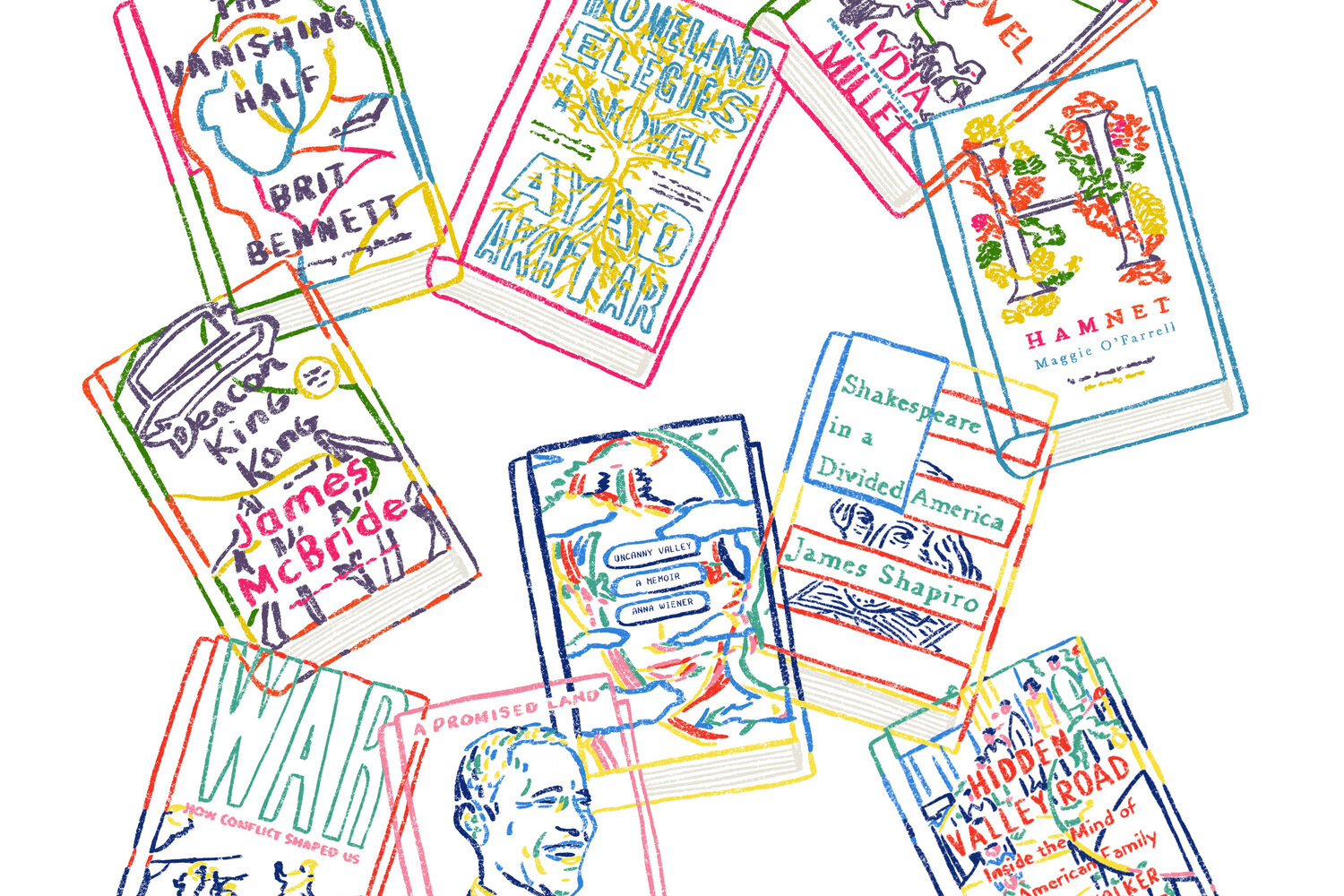 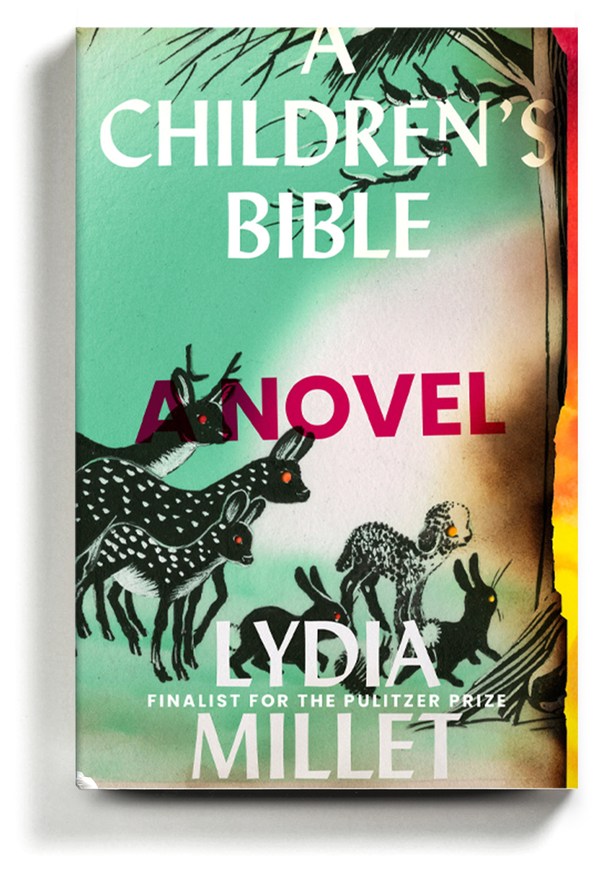 In Millet’s latest novel, a bevy of kids and their middle-aged parents convene for the summer at a country house in America’s Northeast. While the grown-ups indulge (pills, benders, bed-hopping), the kids, disaffected teenagers and their parentally neglected younger siblings, look on with mounting disgust. But what begins as generational comedy soon takes a darker turn, as climate collapse and societal breakdown encroach. The ensuing chaos is underscored by scenes and symbols repurposed from the Bible — a man on a blowup raft among the reeds, animals rescued from a deluge into the back of a van, a baby born in a manger. With an unfailingly light touch, Millet delivers a wry fable about climate change, imbuing foundational myths with new meaning and, finally, hope.

A mystery story, a crime novel, an urban farce, a sociological portrait of late-1960s Brooklyn: McBride’s novel contains multitudes. At its rollicking heart is Deacon Cuffy Lambkin, a.k.a. Sportcoat, veteran resident of the Causeway Housing Projects, widower, churchgoer, odd-jobber, home brew-tippler and, now, after inexplicably shooting an ear clean off a local drug dealer, a wanted man. The elastic plot expands to encompass rival drug crews, an Italian smuggler, buried treasure, church sisters and Sportcoat’s long-dead wife, still nagging from beyond the grave. McBride, the author of the National Book Award-winning novel “The Good Lord Bird” and the memoir “The Color of Water,” among other books, conducts his antic symphony with deep feeling, never losing sight of the suffering and inequity within the merriment.

A bold feat of imagination and empathy, this novel gives flesh and feeling to a historical mystery: how the death of Shakespeare’s 11-year-old son, Hamnet, in 1596, may have shaped his play “Hamlet,” written a few years later. O’Farrell, an Irish-born novelist, conjures with sensual vividness the world of the playwright’s hometown: the tang of new leather in his cantankerous father’s glove shop; the scent of apples in the storage shed where he first kisses Agnes, the farmer’s daughter and gifted healer who becomes his wife; and, not least, the devastation that befalls her when she cannot save her son from the plague. The novel is a portrait of unspeakable grief wreathed in great beauty.

At once personal and political, Akhtar’s second novel can read like a collection of pitch-perfect essays that give shape to a prismatic identity. We begin with Walt Whitman, with a soaring overture to America and a dream of national belonging — which the narrator methodically dismantles in the virtuosic chapters that follow. The lure and ruin of capital, the wounds of 9/11, the bitter pill of cultural rejection: Akhtar pulls no punches critiquing the country’s most dominant narratives. He returns frequently to the subject of his father, a Pakistani immigrant and onetime doctor to Donald Trump, seeking in his life the answer to a burning question: What, after all, does it take to be an American?

Beneath the polished surface and enthralling plotlines of Bennett’s second novel, after her much admired “The Mothers,” lies a provocative meditation on the possibilities and limits of self-definition. Alternating sections recount the separate fates of Stella and Desiree, twin sisters from a Black Louisiana town during Jim Crow, whose residents pride themselves on their light skin. When Stella decides to pass for white, the sisters’ lives diverge, only to intersect unexpectedly, years later. Bennett has constructed her novel with great care, populating it with characters, including a trans man and an actress, who invite us to consider how identity is both chosen and imposed, and the degree to which “passing” may describe a phenomenon more common than we think.

Don and Mimi Galvin had the first of their 12 children in 1945. Intelligence and good looks ran in the family, but so, it turns out, did mental illness: By the mid-1970s, six of the 10 Galvin sons had developed schizophrenia. “For a family, schizophrenia is, primarily, a felt experience, as if the foundation of the family is permanently tilted,” Kolker writes. His is a feat of narrative journalism but also a study in empathy; he unspools the stories of the Galvin siblings with enormous compassion while tracing the scientific advances in treating the illness.

Presidential memoirs are meant to inform, to burnish reputations and, to a certain extent, to shape the course of history, and Obama’s is no exception. What sets it apart from his predecessors’ books is the remarkable degree of introspection. He invites the reader inside his head as he ponders life-or-death issues of national security, examining every detail of his decision-making; he describes what it’s like to endure the bruising legislative process and lays out his thinking on health care reform and the economic crisis. An easy, elegant writer, he studs his narrative with affectionate family anecdotes and thumbnail sketches of world leaders and colleagues. “A Promised Land” is the first of two volumes — it ends in 2011 — and it is as contemplative and measured as the former president himself.

Shakespeare in a Divided America

In his latest book, the author of “Contested Will: Who Wrote Shakespeare?” and “1599: A Year in the Life of William Shakespeare” has outdone himself. He takes two huge cultural hyper-objects — Shakespeare and America — and dissects the effects of their collision. Each chapter centers on a year with a different thematic focus. The first chapter, “1833: Miscegenation,” revolves around John Quincy Adams and his obsessive hatred of Desdemona. The last chapter, “2017: Left | Right,” where Shapiro truly soars, analyzes the notorious Central Park production of “Julius Caesar.” By this point it is clear that the real subject of the book is not Shakespeare plays, but us, the U.S.

Wiener’s stylish memoir is an uncommonly literary chronicle of tech-world disillusionment. Soured on her job as an underpaid assistant at a literary agency in New York, Wiener, then in her mid-20s, heads west, heeding the siren call of Bay Area start-ups aglow with optimism, vitality and cash. A series of unglamorous jobs — in various customer support positions — follow. But Wiener’s unobtrusive perch turns out to be a boon, providing an unparalleled vantage point from which to scrutinize her field. The result is a scrupulously observed and quietly damning exposé of the yawning gap between an industry’s public idealism and its internal iniquities.

This is a short book but a rich one with a profound theme. MacMillan argues that war — fighting and killing — is so intimately bound up with what it means to be human that viewing it as an aberration misses the point. War has led to many of civilization’s great disasters but also to many of civilization’s greatest achievements. It’s all around us, influencing everything we see and do; it’s in our bones. MacMillan writes with impressive ease. Practically every page of her book is interesting and, despite the grimness of its argument, even entertaining.