Fans of Atwood’s dystopian story The Handmaid’s Tale are chomping at the bit to read her latest novel, despite the fact it will move much further away from the original.

For one thing, the story will not be a continuation of June/Offred’s (played by Elisabeth Moss) life, but is instead set over a decade later.

The story is also narrated from three completely different perspectives this time around, providing a thrilling new perspective into the lives of those living under the Gilead regime.

In a new interview, the author has made a startling revelation about how she approached the new book and her inspiration for the ending of the story.

Speaking in Weekend Edition Saturday and written up for NPR.org, Atwood said: “As we knew from Book One, Gilead does end.

“And one of my models for that was 1984 itself, which does not end with Winston Smith about to be shot in the back of the head.

“But it ends with an essay on Newspeak written in the past tense in standard English — which means that the world of 1984 ended.

“[George Orwell] did that very deliberately. He doesn’t tell us how it ends, but he gives us the signal that it is ended…

“So it may not surprise you to know,” the author went on, “that I was pretty interested in double agents and people working from inside totalitarian regimes, against those regimes, when I was writing this book.”

Has Atwood dropped a major spoiler for how the series is set to conclude? 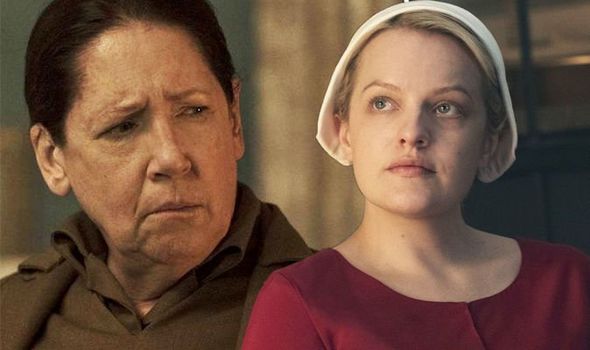 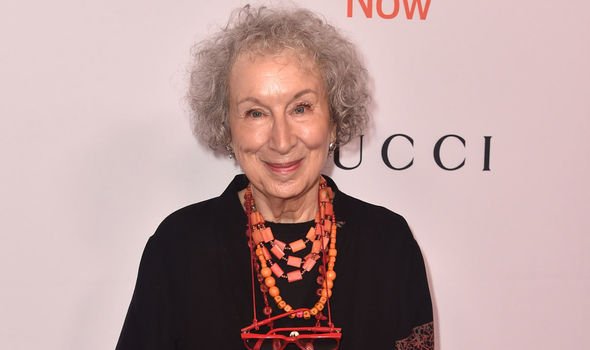 The writer also revealed her process behind returning to the world of Gilead.

“People had been asking me to write a sequel for a long time,” she said. “And I always said no, because I thought they meant the continuation of the story of Offred which I couldn’t do.

“But then I thought, what if somebody else were telling the story? And what if it were 15 or 16 years later?

“And it was also time, because for a while we thought we were moving away from The Handmaid’s Tale.

“And then we turned around and started going back toward it, ominously close in many parts of the world,” Atwood added. 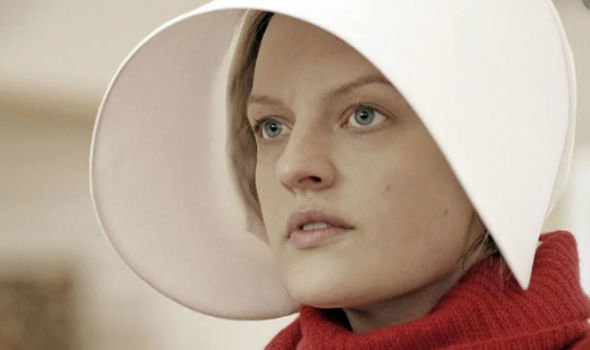 Atwood concluded that after much consideration she felt it was time to revisit the question of exactly how regimes like Gilead are destroyed.

She noted that because fans of the books already know the regime ends after the end of The Handmaid’s Tale, she thought it worth exploring how some of the major characters got to that point and what it meant for their own stories.

One pivotal person in this group is Aunt Lydia, who is one of the three main narrators in the sequel.

The other two narrators are young, with one of whom growing up inside Gilead and the other outside.

The Handmaid’s Tale: The Testaments is released on September 10.