The Korean-American Kids in These Books Bust Stereotypes

When I was a kid growing up on Long Island in the late ’70s, certain smarty-pants types were happy to share their knowledge of Asia. If you told them you were Chinese you might get the tried-and-true “Ching-chong!” If you were Japanese, maybe you’d get an “aah-so!” But when I explained that I was Korean, I would get a pause, then a confused look. One boy even asked me, “What’s that?” See, that’s how invisible we were. Nobody had bothered to come up with a good racial slur!

Fast-forward to 2019 — with its bulgogi tacos, K-pop, snail slime masks and Sandra Oh memes — and Koreans are the new purveyors of cool. Korean-Americans are making a mark on American culture, and the Y.A. universe is no exception. Jenny Han’s trio of novels about the half-Korean teenager Lara Jean Song Covey (“To All the Boys I’ve Loved Before” et al.) has reached near-canonical status among teenage girls. And now three new novels by Korean-American authors are spreading the news that K.A. teenagers have more on their minds than getting into Ivy League schools. (Although, let’s be honest, SAT anxiety is usually lurking there somewhere.) 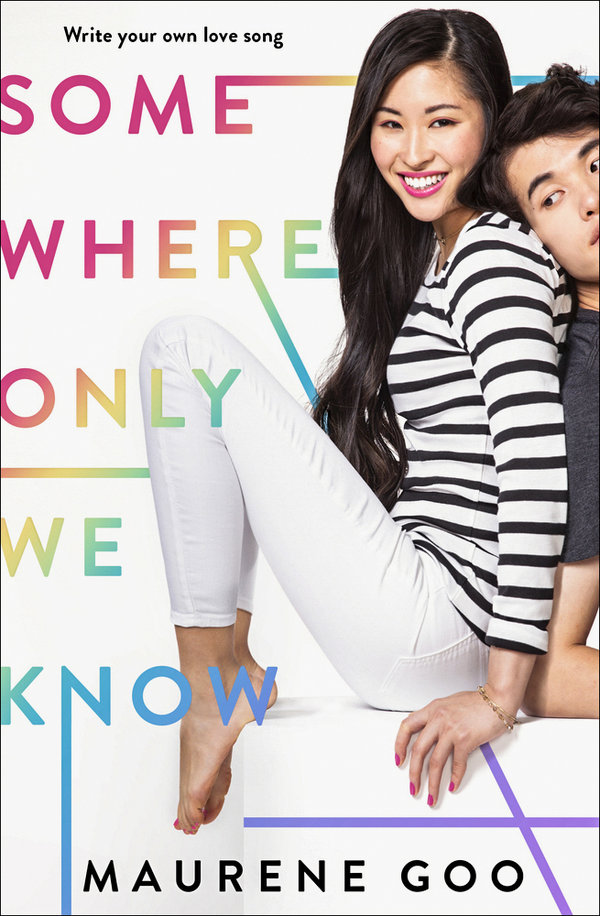 Maurene Goo (“The Way You Make Me Feel”) has built a following with her breezy, pop-culture-savvy romantic comedies, all featuring Korean-American teenage girls as her protagonists. Her fourth novel, SOMEWHERE ONLY WE KNOW (Farrar, Straus & Giroux, 336 pp., $17.99; ages 14 to 18), is her most charming to date, a modern retelling of “Roman Holiday.” Instead of Audrey Hepburn’s princess on the lam in Rome, we have Lucky, a 17-year-old K-pop star playing hooky in Hong Kong. The Gregory Peck character, meanwhile, is Jack, a good-looking, conflicted 18-year-old whose traditional Korean-American parents want him to be a banker, not a photographer.

The two teenagers meet cute under false pretenses in the elevator of Lucky’s hotel and end up spending a whirlwind night and day together, both hiding their identities and motives. (Lucky claims she’s on a trip with her church choir; Jack pretends to believe her, all while sneaking photos, which he intends to sell to a tabloid.) Of course, they fall hard for each other.

It’s a delightful romp that, despite the plot’s 1953 provenance, feels surprisingly fresh. Narrated by Jack and Lucky in brisk, alternating chapters, the story is peppered with tantalizing scenes of the couple noshing through Hong Kong’s best bao, congee and egg tarts. And for all the flagrant fantasy of its premise — an international pop star falling for a lowly pleb — there is something sweet and genuine about the couple’s connection. They’re both Korean-Americans from SoCal navigating a foreign city; they know the taste of an In-N-Out burger and also the meaning of the Korean word “gobaek” (which is to confess your feelings for someone). Goo shows how meaningful that shared knowledge can be. 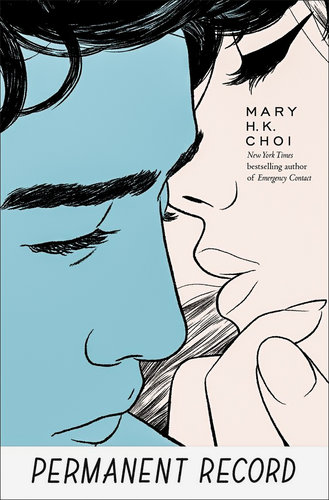 Mary H.K. Choi’s novel PERMANENT RECORD (Simon & Schuster, 432 pp., $18.99; ages 14 and up) plays with this same premise — cute regular dude finds love with a superstar celebrity, with lots of snacking along the way — but with an edgier vibe that’s less rom-com, more HBO’s “Girls.” The protagonist is Pablo Rind, an N.Y.U. dropout working at a Brooklyn bodega who’s swept into an intense romance with a pop star named Leanna Smart. Pablo is a young man in crisis. He’s behind on rent, drowning in debt and plagued by crippling anxiety. Leanna, who has 143 million social media followers and flies private, is like a drug for Pablo — a potent chemical that promises escape from his stressful reality.

The novel tracks their bumpy affair through the highs and lows, the texts and Insta shares, the taco trucks and gourmet junk food binges. The burning question: Can our tortured slacker forge a sane relationship with someone like Leanna? And can he get his own life on track?

This is Choi’s follow-up to her debut, “Emergency Contact,” and here she further stakes her claim on a certain type of Y.A. territory. Her characters are urbane, cynical and deeply hip. These are kids who hang out at skate shops and after-hours clubs; they know other kids whose parents are real estate developers and famous models from the ’90s.

Refreshingly, Choi seems intent on writing about Korean-American families who don’t fit the mold. In “Emergency Contact,” the Korean mom of the protagonist, Penny, is a crop-top-wearing rebel who couldn’t care less about her daughter’s grades. In “Permanent Record,” Pablo is the offspring of a hard-driving Korean physician mom and an artsy, boho Pakistani dad. (A rare combo, to say the least.)

Choi’s writing is often captivating, with quotable one-liners pinging on every page. (To Pablo, Leanna’s breathy pop delivery sounds as if she’s “cooling hot food in her mouth as she sings.”) But for all its spiky smarts, the story stagnates. The Pablo-Leanna connection never feels convincing and Pablo’s self-sabotage and misery become wearying. I also couldn’t help wishing Choi had done more with Pablo’s Korean-Pakistani background. Though we get some telling glimpses into his family life (I love how his mom is always feeding him sliced fruit, no matter how annoyed she is), his ethnicity feels more of a signifier of multi-culti cool than anything else. 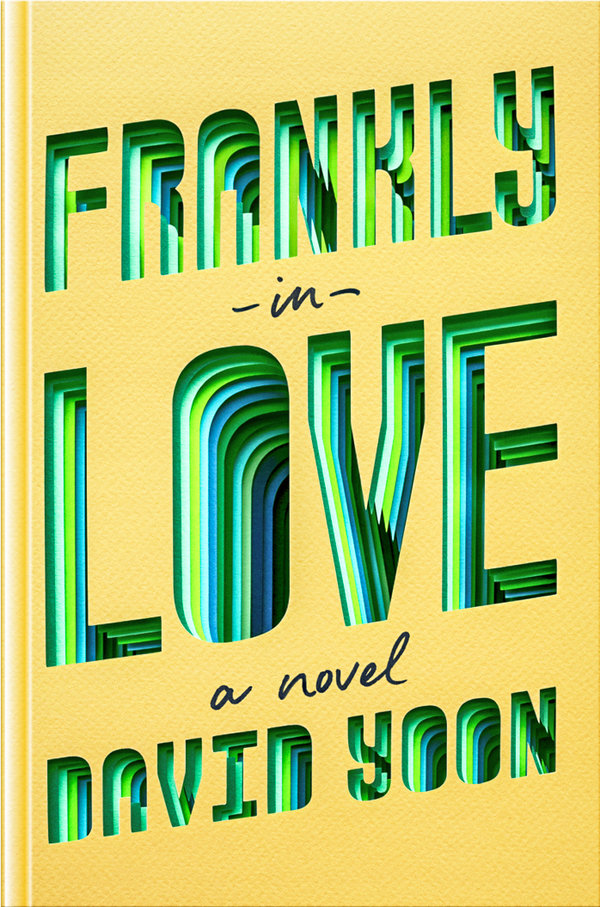 Which takes us to David Yoon’s debut, FRANKLY IN LOVE (Putnam, 432 pp., $18.99; ages 14 and up). Like the other two novels, it’s a coming-of-age love story with a Korean-American boy at its center. But there are no exotic settings, no social influencers ex machina. “Frankly in Love” is firmly set in the traditional Asian-American territory of suburban Southern California and populated with the familiar mix of “Harvard or bust” parents and their second-generation kids. It’s the storytelling Yoon does within this milieu that is extraordinary.

Frank Li, the son of deli-owning Korean immigrants, has a solid group of nerd friends (he calls them “Apeys” because they’re the kids who take A.P. classes) but has never had a girlfriend. Things turn around at the start of senior year when he starts dating the smart, sexy girl of his dreams, Brit Means. The only problem is, she’s white and Frank’s parents have forbidden him to date anyone who’s not Korean. (His older sister — who did everything right, including going to “The Harvard” — has been disowned by their family for going out with a black man.) So Frank and a female Korean-American classmate start fake-dating each other to appease their parents. Naturally, not all goes according to plan.

The premise might sound like a setup for a goofy rom-com, but the result is a beautifully layered novel about first love, tribalism and that brief, magical period when kids have one foot in high school, one foot out the door.

A particularly strong asset is the exuberant voice of Frank, one of the most likable male Y.A. protagonists I’ve read in a long time. Yoon knows that not every geek is a beaten-down social outcast — and Frank is totally comfortable being the kind of kid who plays D & D at lunch and throws around SAT vocab like “halcyon” and “augury” for the fun of it. (The scene where Frank and his friends ceremoniously open their college acceptances together is like a nerd version of “Friday Night Lights.”)

At the same time, Yoon details the hilarious, maddening and heartbreaking aspects of Frank’s family with a deft touch. There’s so much that gave me a rush of recognition, from the constant specter of shaming the family name to the Chivas-fueled “gatherings” of the parents where the kids are “talked and talked about, like minor celebrities. So-and-so got valedictorian.”

It’s probably worth knowing that the author is married to the African-American Y.A. author Nicola Yoon; he’s said that many elements of the book borrow from his own life. Admirably, Yoon explores themes of racism, forgiveness and acceptance without getting earnest or preachy or letting anyone off the hook. And there’s a universality to the story that cuts across cultures.

Frank calls himself a “Limbo,” his word for a Korean-American kid caught between two worlds. That unsettled feeling of being more than one simple thing — a complex person still figuring out who he is and who he wants to be — is one that any teenager can identify with.