The Palace Papers review: The highs and lows of the Royal Family since 1997 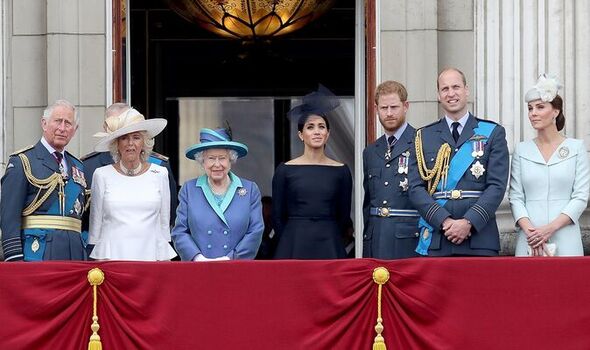 But Tina Brown picks up where she left off with The Diana Chronicles, her 2007 biography of the Princess of Wales, and charts with authority and vim the highs and lows of the Royal Family since 1997.

She navigates us through the angry public backlash after Diana’s death, Charles and Camilla’s campaign to wed, William and Kate’s romance and wedding and that high water mark of the second Elizabethan Age, the summer of 2012 when Britain celebrated the Queen’s Diamond Jubilee and the London Olympics.

Cambridge babies and a romance between Harry and American actress Meghan Markle offered more excitement and a glorious new future for the monarchy as a platform to represent millions of non-white people in the Commonwealth.

But then it all turned sour, as Harry and Meghan quit after major rifts with the family and staff, and Andrew’s friendship with billionaire paedophile Jeffrey Epstein caught up with him.

Perhaps because she has joint British and US citizenship, Oxford-educated Brown strikes a mid-Atlantic balance in her coverage of Harry and Meghan’s spats with all and sundry. She paints a picture of them as two damaged individuals from dysfunctional families who resented their position in the royal pecking order and their inability to make money out of it.

But, picking up on the US media narrative of a poor American princess wronged, Brown also suggests the palace and the UK press could have been more helpful.

She is more sympathetic than many British royal watchers might be on the accusations of racism, which the Sussexes levelled at the Windsors, the British, and UK national newspapers (though admittedly a couple of columnists went over the top).

But on most of the big calls, the author’s judgment is sound, and she tells the family’s stories in her distinctively zingy prose.

William and Kate are examined in depth. Brown portrays William as a control freak and Kate as a steely strategist who saw off rivals for his affections and now fiercely controls her own image.

But when William or Kate get wound up, one talks the other down, whereas Harry and Meghan stoke the other’s sense of outrage.

Brown is particularly well informed on Charles and Camilla and their long campaign to win acceptance from the British public and the Queen for their relationship and marriage.

She acknowledges that the Queen’s death will come as a great shock to the British public but, in spite of her many criticisms of Charles, she is optimistic that the British monarchy will adapt, survive and thrive.

The Palace Papers by Tina Brown is published by Century, £20.