The Restless, Eclectic and Contradictory Passions of Edward Said

PLACES OF MIND
A Life of Edward Said
By Timothy Brennan

In 1986, Edward Said published “After the Last Sky,” a collaboration with the Swiss photographer Jean Mohr. The book blended photographs of the daily lives of Palestinians dispersed across the West Bank, Gaza, Jordan and Lebanon with commentary by Said. At the time, he had not been back to the place of his birth, what was then Mandatory Palestine, since fleeing in December 1947 at the age of 12. Narrating Mohr’s photographs was a kind of surrogate return. Looking back on the project 13 years later, Said wrote, “It is an unreconciled book, in which the contradictions and antinomies of our lives and experiences remain as they are, assembled neither (I hope) into neat wholes nor into sentimental ruminations about the past.”

The phrase “unreconciled book” aptly describes not only “Places of Mind: A Life of Edward Said,” the new biography by his former student Timothy Brennan, but also — at least the “unreconciled” part — the snapshot of the contrarian thinker that emerges from it: Palestinian and American, Cairene and New Yorker, boastful and insecure, a Burberry-clad backer of anticolonial insurgencies and a public partisan of Palestinian self-determination who never once taught a class on the Middle East.

Brennan draws on an imposing array of material to write the first comprehensive portrait of one of America’s most distinguished postwar intellectuals: interviews with Said’s family, friends and colleagues; correspondence, essays, unpublished poetry and fiction; as well as the F.B.I. files on him. Yet in recording the mile-wide scope of Said’s influences, the book at times comes off as merely an inch deep. Several ideas Brennan introduces — why we should look to poetry as opposed to fiction as the key to Said’s intellectual formation, for example — are subsequently abandoned, like an undeveloped roll of film.

Born in Jerusalem in 1935 and raised in Cairo, Said was in part able to pursue an Ivy League education by dint of inheriting an American passport. His father had briefly immigrated to the United States and become a citizen during World War I, but returned to the Middle East, operating a successful business selling stationery to the British colonial bureaucracy. After getting into trouble at Victoria College, an elite British school in Cairo, Said was sent packing to Mount Hermon, a boarding school in Massachusetts, where he first studied philosophers such as Plato, Aristotle and Kierkegaard. Arriving at Princeton conflicted over whether to pursue music (he was a gifted pianist) or medicine, he instead chose to follow an honors track called “special humanities.” The program enabled him to combine coursework in literature, music, French and philosophy and to study with the prominent critic R. P. Blackmur. At Harvard, where he completed his Ph.D., he wrote a dissertation on Joseph Conrad under Harry Levin, a pioneer of comparative literature. Said would later refer to himself as a comparatist and was as enthralled with the medieval Arab historian Ibn Khaldun as he was with the Italian Enlightenment philosopher Giambattista Vico. Brennan’s early chapters, which explore several aspects of Said’s life, including his two marriages, familial pressures, friendships and advisers, as all constitutive of the provocative polymath he became, are some of the finer pages in “Places of Mind.”

Upon graduation, Said was quickly hired by Columbia, and despite occasional flirtations with other institutions, he remained there for the entirety of his career. As Brennan observes: “If along with Chomsky, Hannah Arendt and Susan Sontag he was the best-known U.S. public intellectual of the postwar period, he was the only one of them who taught literature for a living. Said reveled in this fact.” Yet, Said’s view of the American university as “a quasi-utopian place” of reflection did not mean he embraced a secluded existence. The enduring riddle of his career was his ability to remain at once inside and outside the halls of power. Echoing his references to the Lebanese civil war in “Orientalism” (1978), which situated his literary criticism in a contemporary historical and political context, Said conceived of literature as inextricable from time and place. Although raised an Anglican, he was an outspoken defender of the Islamic world against both Western predations and the misrepresentations that bolstered them. Despite that activism, he fretted over his political impact. “Although he let few see it,” Brennan writes, “he lived in agony.” 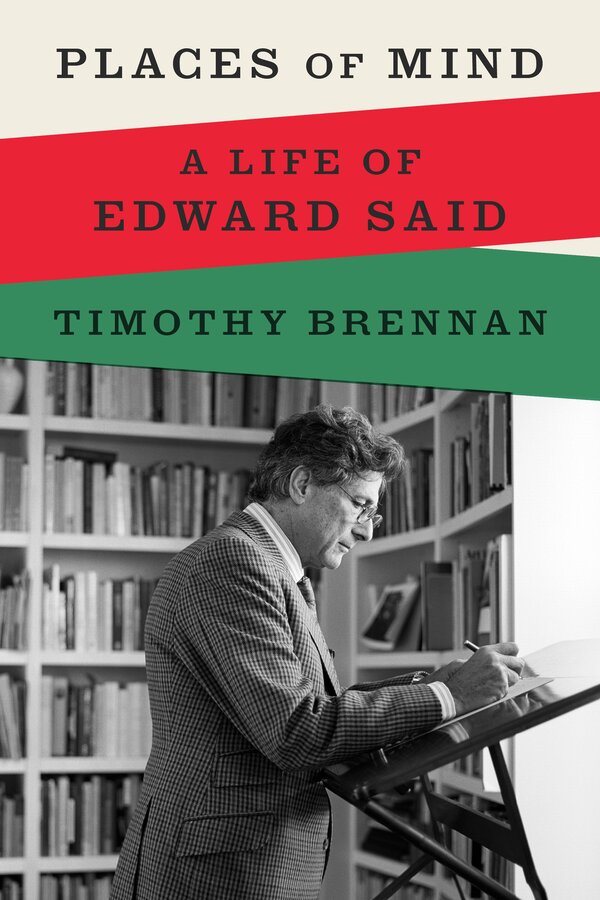 One day on campus soon after “The World, the Text, and the Critic” (1983) appeared, Brennan ran into Said, who insisted that the scholar’s job was “first of all to have something to say,” but also that it was “crucial not to get caught up in the displaced aesthetic longing of the critic as an artist.” We now know that alongside his academic work, Said had long nurtured artistic ambitions. An admirer of Gerard Manley Hopkins, he wrote poems and attempted two novels, one during graduate school, in the summer of 1962, and another 25 years later. Studying one of the surviving manuscripts, Brennan judges the prose to be “fluid, assured and quite complete.”

Said was famously not one for acolytes and disciples, and it is good that Brennan is willing to read Said against Said. He notices in his former professor’s intellectual restlessness a tendency to press ahead just as the ideas he had helped popularize were gaining ground. Said initially acted as a key transmitter of French theory in the late 1960s and early 1970s, writing about developments in Continental thought for American readers and drafting thoughtful, appreciative essays on Michel Foucault. Yet by the time American universities were experiencing peak theory fever, Said had already sworn off the stuff, dismissing the obscurity of philosophers like Jacques Derrida as indicative of a retreat from the political world. Even the field Said was said to have given birth to, postcolonial studies, left him feeling ambivalent.

So, too, in politics, Said’s views were subject to change. A confidant of Yasir Arafat, he supported a two-state solution long before it was fashionable. He notably revised that position after the Oslo accords, which he considered a massive betrayal of any hope for an independent Palestine, and advocated during the remainder of his life for a single binational state. Changing one’s mind, publicly at that, was simply part of the intellectual’s evolving understanding of the world.

While brimming with this kind of detail, “Places of Mind” is strangely cursory in other ways. Critical Saidian concepts, such as filiation and affiliation, flicker into view, assuming an unwarranted familiarity. Brennan often proposes suggestive angles only to dispose of them abruptly, as when he glosses over Said’s intellectual engagement with feminism. Part of the problem may be Said’s prolificness, his leaping eclecticism and relentless energy. Despite a long-term battle with leukemia (he died of the disease in 2003), he continued to teach at Columbia, published book after book and co-founded with Daniel Barenboim the West-Eastern Divan Orchestra in a quest, criticized by some of his own family members, to bring young Arab and Israeli musicians together each year in Spain.

In an era of professional specialists and self-declared experts, Said doggedly praised the amateur, the humanist who endeavored not to make audiences feel good but to be a nonconformist, embarrassing and roguish when it mattered. He stood for the relevance of the humanities in directly addressing the ethical and political concerns of our time and taught us to pay heed to what was omitted from narratives, to the strain “between what is represented and what isn’t represented, between the articulate and the silent.”

Without quite succeeding, “Places of Mind” aims to capture the thick Rolodex of names that steered Said as he developed those insights. In a chapter of “After the Last Sky,” Mohr included a portrait of an elderly Palestinian woman in a hairnet, smiling with a hand on her cheek, above the caption “Amman, 1984.” As Said noted in the accompanying text, he was taken aback when his sister reminded him that he personally knew the sitter, a Mrs. Farraj. “I do not know whether the photograph can, or does, say things as they really are,” he wistfully observed. “Something has been lost. But the representation is all we have.”