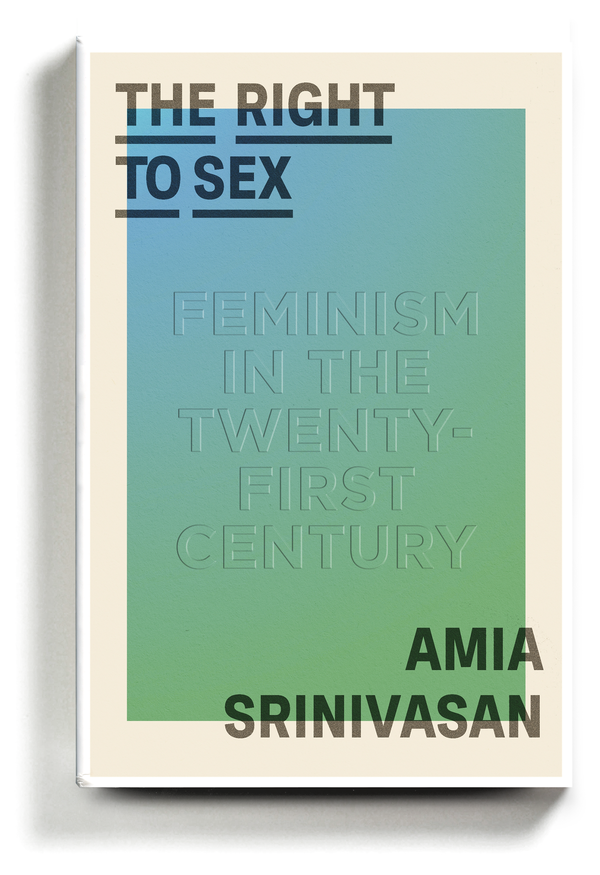 Americans don’t think about sex nearly enough — this occurred to me after reading “The Right to Sex,” Amia Srinivasan’s quietly dazzling new essay collection. Talk about it, yes; argue over it, most definitely. But Srinivasan, a professor of social and political theory at Oxford, wants us to think more fully about sex, as a personal experience with social implications: “Sex, which we think of as the most private of acts, is in reality a public thing.”

The notion that the personal is political was of course central to the second-wave feminists of the 1960s and ’70s, whose critiques of sex Srinivasan takes inspiration from here, even if she doesn’t always agree with them. (The subtitle of the book’s American edition is “Feminism in the Twenty-First Century” — curiously not included on the British edition, which appeared first.) That older generation talked unapologetically about “morality” and “the patriarchy”; since the 1980s, there’s been a turn away from that approach, Srinivasan writes, yielding “a feminism which does not moralize about women’s sexual desires, and which insists that acting on those desires is morally constrained only by the boundaries of consent.”

But by focusing so narrowly on the matter of consent, feminism may have lost its purchase on some other fundamental issues. “Sex is no longer morally problematic or unproblematic: it is instead merely wanted or unwanted,” Srinivasan writes. We want what we want because we want it — treating the norms of sex like “the norms of capitalist free exchange.” We ask only whether the parties involved agreed to the transaction; we neglect to ask about the forces that shape whatever they expected and desired in the first place.

This is, needless to say, fraught terrain, and Srinivasan treads it with determination and skill. She wants nothing less than “to remake the political critique of sex for the 21st century: to take seriously the complex relationship of sex to race, class, disability, nationality and caste.” She writes about pornography and the internet, misogyny and violence, capitalism and incarceration. She also makes space for ambivalence, for idiosyncrasy, for autonomy and choice.