These Two Really Funny Debuts Both Start With a Dead Body

A PHILOSOPHY OF RUIN
By Nicholas Mancusi

“Identity exists where the Complication and Unraveling are the same,” wrote Aristotle in his treatise on literary theory, “Poetics.” The primary task of traditional novelists has always been as such: to test the character of their protagonist through the events of a plot. As the proverbial instruction goes, they must get their hero or heroine up a tree, throw some rocks at him or her, and get him or her down, with an epiphany, or at least some larger meaning, in hand.

In two debut novels, Kristen Arnett’s “Mostly Dead Things” and Nicholas Mancusi’s “A Philosophy of Ruin,” the tree each writer has lodged the protagonist in is the bizarrely tragic death of a parent who has left, in addition to a vivid corpse, considerable financial debt. It is not an original inciting incident, though inciting incidents need not be original. It is what proceeds from them that tests the substance of both hero and writer: how they find meaning in means of survival. 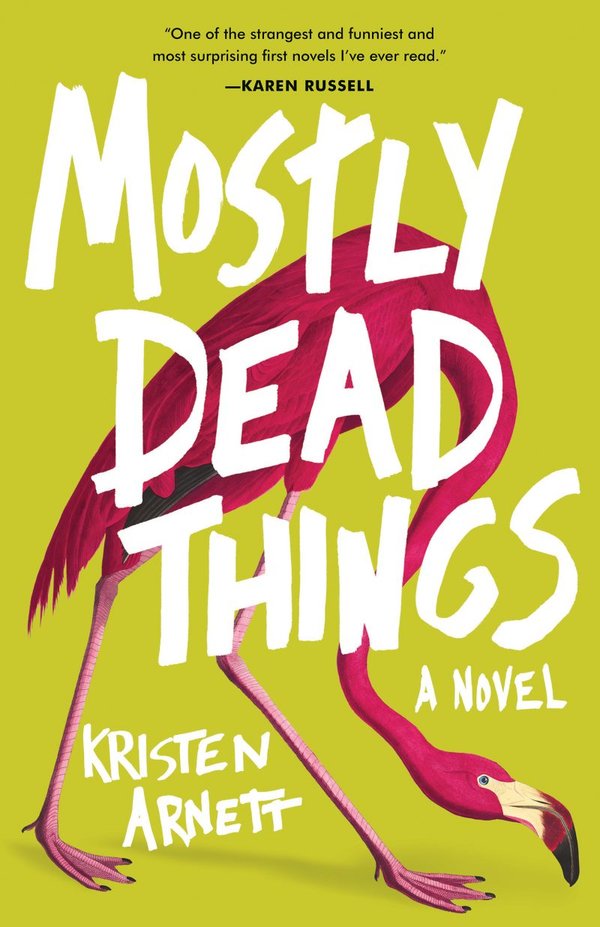 “It felt right; it felt like I’d been doing it forever,” Arnett’s narrator, Jessa-Lynn Morton, tells us of the first time she sliced open a white-tailed buck. “In the dark heart of its carcass, I saw my future mapped out in gristle.” Her father, “the kind of man who smiled only when he needed to stretch his mouth,” is a master taxidermist, like her grandfather, and their family business reigns in Central Florida. Her brother Milo’s shiftless and sensitive nature disrupts the patriarchal lineage, so it’s Jessa who learns the precise and grisly art of disassembling dead things and putting them back together under their father’s scrutinizing tutelage.

Unfortunately, the “red mess” Jessa finds on the floor of their workshop in the opening chapter is not the inside of a deer — it’s her dad. Terminally ill, he has shot himself in the head and left a note addressed to her. Now it is Jessa’s job to master the family’s disorder, both professional and personal, neither of which is modest. While averting financial ruin (her father has left behind considerable debt), Jessa must also contend with her mother’s new hobby: transforming the shop’s display window into a pornographic diorama. It is the sort of flagrant acting-out one expects in repressed families.

Jessa, especially, aspires to the stoicism of her father, or better yet that of her creations: their wounds sewn up, seams disguised with hair dye and glue. But however controlled she is in the workshop, beyond it she fails to keep it together. An advanced but semi-functional alcoholism has her perpetually drunk or hung over, and only exacerbates her morose obsession with Brynn, the woman who absconded with first her and then her brother’s hearts. Milo’s wife and Jessa’s longtime lover, Brynn has left each sibling with a catalog of persistent memories. Cruel and charismatic, she once dared Jessa to lick a dead cicada, “gluey, the way that tapioca pearls tasted when stripped of the pudding.”

The world Arnett creates for Jessa is lushly gross, as if the character’s aspirational impassivity has squeezed her emotions out into the material world, rendering everything as rude and compelling as her own suppressed vulnerability. Cartilage abounds, pimples are vividly popped and her apartment boasts dishes “crusted with food that had long ago fouled.” Jessa’s Florida, thick with “the heavy odor of crushed plants,” is beautiful and grotesque, just like people, and the ways they fail at loving each other.

The outward conflicts presented at the outset of the novel find their resolutions, though the real story here is an inside job, and Arnett pulls it off with aplomb. Jessa is the disastrous heroine of our dreams; her job has never been to clean herself up, but to open herself.

Our heroine prevails because her creed for living, however flawed, includes creation. Beholding a group of resplendent peacocks that she has just mounted, she explains, “there was something about the symmetry of three that made me feel as if the world had suddenly righted itself.” Art can do this: arrange the broken pieces of our lives in a way that makes sense, that makes us make sense. It is through this alchemy that Jessa learns how to start talking to the people she loves. It is no small triumph: “It’s hard to talk about the ugly parts. How we can be that terrible and still worthy of love.”

Oscar Boatwright, the protagonist of “A Philosophy of Ruin,” is also driven by a professional creed, though his identity unravels more completely than Jessa’s when faced with similar conflicts — perhaps because of the more abstract nature of his occupation as an assistant professor of philosophy. When he learns that his mother has died on a flight home from Hawaii, his father forced to complete the journey next to her stiffening body, Oscar attempts to mitigate his grief using mental exercises “to distance himself from the idea of reality existing outside of his own head,” and to “meditate on the best arguments against the existence of free will.” 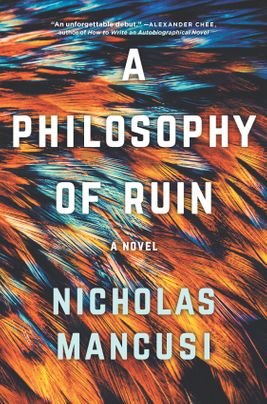 Unsurprisingly, these fail, and Oscar succumbs to thoughts like the following: “Not only was she gone, but her impression of him, that she had carried with her and refined since their first sublimely traumatic moment of his birth, was gone as well.” The first quarter of the novel is dedicated to such astute and indulgent articulations of grief and selfhood. Oscar is exactly as smart and self-pitying as he should be, sympathetically real though he embodies the stereotype of a philosophy professor. He even plays squash on the campus court with his only friend.

The Boatwrights do not talk to one another any more openly than the Mortons do, and so it is to Oscar’s great surprise when his father divulges that the reason his parents were in Hawaii was to attend a retreat led by one Paul St. Germaine, a self-help-guru-cum-hack-philosopher whose series of video sermons had supposedly cured his mother’s chronic depression. All told, the semi-cult leader has swindled his parents out of their savings and quite a bit more.

When the grieving Oscar attempts to drown his sorrows in booze, he brings home a woman he assumes is a one-night stand. When he arrives to deliver Monday’s lecture on Cartesian dualism, he recognizes her in the third row of his classroom, looking “younger than he remembered.”

Here, the narrative takes a sharp turn. Our grieving, introspective hero is persuaded by the comely Dawn to drive within spitting distance of the Mexican border to escort home a backpack of cocaine. He is thus dropped into an action movie whose disasters are riveting fun to read. “I am not supposed to be here,” the young professor yells at Dawn as the operation skids out of control. “I am a … METAPHYSICIAN!”

If Oscar is at least a three-dimensional stereotype, the other characters are not nearly as faceted. The man who intercepts Oscar’s journey to steal his stash is straight out of central casting, replete with gleaming white teeth and a black vaquero hat. Similarly, Dawn is an alluring nymphet whose tragic past I kept waiting to be revealed as a hoax. In many respects, it reads like the sort of fantasy a man like Oscar might invent for himself. Or, that a novelist might create to perfectly test his protagonist’s integrity.

In “Poetics,” Aristotle claims that a good ending ought to be “surprising, yet inevitable.” By that measure, the catharsis of “Mostly Dead Things” delivers. To my relief, Mancusi’s denouement was not an exercise in wish fulfillment. Why should a character like Oscar get a tidy ending? Though he defines himself by ideas, his identity is revealed as much more desperate and human than his ideologies. The novel satisfies, as the game of squash does the philosopher: “how it asked for grace but would settle for fury.”

Melissa Febos is the author of the memoir “Whip Smart” and, most recently, the essay collection “Abandon Me.”