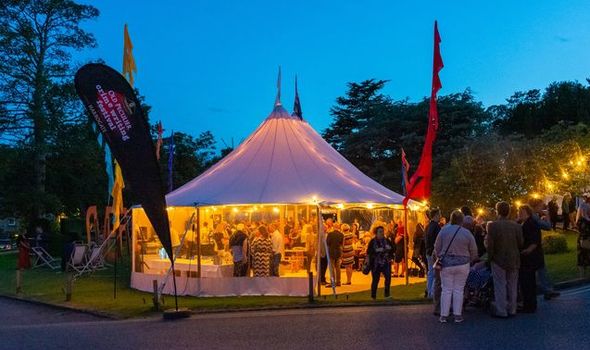 Theakston Old Peculier has been the sponsor of the Harrogate Crime Writing Festival almost from its inception. Beginning in 2005, its first winner was Mark Billingham’s debut Tom Thorne novel Sleepyhead.

Tom Thorne was never meant to be the main character in my first novel, but the story needed a copper so I plonked him on the page. I never imagined I’d still be writing about him two decades later or that he’d have been played on TV by David Morrissey in Thorne. I’d love to say the name was carefully chosen. In fact, I named him after a friend. Luckily, it has proved highly appropriate: irritant, thorny problems and so on. Aside from the fact we would share a birthday and that, like me, he would be a country music fan, I decided early on that there would be no long-term plan or even the most basic character ‘bible’. This means the reader knows every bit about him, book on book, as I do. I think it was the right decision, because he can still surprise me, but it does mean I get things wrong and will occasionally receive an email asking why Thorne’s eyes are brown in one book and green in another…

Rabbit Hole by Mark Billingham, a new standalone thriller, is published by Little, Brown on August 22

It’s not easy living with Kate Daniels. Yes, I know, I’m entirely responsible. How was I to know that if I stole the traits of the former murder detective I live with, and blew them up to make my lead character larger than life, I’d be stuck with two formidable women constantly giving me earache? Kate is passionate about finding justice for victims, the Senior Investigating Officer in charge of a busy murder investigation team, willing to risk all to catch a killer, even if it means going off-book. She’s a seductive mix of ambition and vulnerability. Hard to know if she’s happy or sad. If you pluck up the courage to ask, let me know. Until recently, when off duty, she was often alone. Mother dead. Father estranged. No siblings. No children. The police family was all she had. She was isolated, failing to prioritise the one person who could make her happy, but we’ve had words and she’s finally listening. It’s impossible to separate her from her job. Kate IS her job. If that sounds like a cliché, you’ve never lived with a cop. When duty calls, she’s out the door in a flash. All the good and bad bits of Kate are drip-fed through a series that offers a window on her soul. Get your Kevlar ready!

Without a Trace by Mari Hannah is out now in paperback

I had a plot. And I had a setting. What I needed was a main character to tie them together for my debut novel Breathe. An outsider, to be the reader’s window onto 1950s London. A listener, to understand the desperation felt by some as the city’s infamous pea-souper fogs rolled in. And a copper, to catch the serial killer who uses them as cover. Crucially, he also had to be an everyman – post-war London didn’t seem to me to be a place for supermen. That character was Dick Bourton. Gloucestershire born. Slow. Solid. Loyal. Dogged, like the infantryman he’d been for nine years. Intoxicated by London and the fiancée he still can’t believe said “Yes”. A novice policeman but much cleverer than he looks. And while the Met may think he’s a nobody, he can see what his colleagues can’t. He started out as a device. But now he’s so real to me, I can hardly believe I made him up.

Dominick Donald’s debut novel, Breathe, is out now. He is writing a second Dick Bourton thriller, set around the 1958 Notting Hill race riots

The character that engages my readers most is Amos Decker, because he is so different from my others. Many years ago, I read about an autistic savant who had perfect recall, and synesthesia, or the co-mingling of sensory pathways that allowed him to see, for example, days of the week in colour. This made me think about a fictional detective with a perfect memory, and who saw dead people in electric blue. Decker is a former football player who died on the field after a vicious tackle. He was resuscitated and came out of that trauma with his mind altered. He later became a homicide detective. He is aloof and blunt and it was a challenge to make him appealing to readers. A big bear of a man, his appeal is all about the mind. And that mind continues to evolve in sometimes terrifying ways as Decker pursues killers. I can’t wait to create his next adventure.

David Baldacci’s thriller, Daylight, is published in paperback by Pan on July 22

Eddie Flynn is an ex con-man turned New York trial lawyer who has never quite left his old profession behind. He takes on cases with no hope of success and uses every grift, scam and confidence trick at his disposal to persuade the jury to acquit his client. What makes Eddie stand out is his charm and his heart. A long time ago he found out one of the clients he successfully defended was in fact guilty, and went on to hurt someone else. Since then, Eddie only represents clients he knows are innocent. He is a character who will always do the wrong thing for the right reasons. The US legal system is so crooked it takes a con man to beat it. In my latest book, The Devil’s Advocate, Eddie is out of his comfort zone, defending an innocent young man in a capital murder trial in rural Alabama against a district attorney nick-named the King of Death Row because he never feels more alive than when watching an execution. But the DA isn’t the only killer Eddie has to worry about. Because the murders are just beginning, and Eddie might be the next target.

Inspector Isabel Reis in The Colours of Death became a detective out of love and respect for her deceased father. He was her hero, and it was her dream to follow in his footsteps as well as her desire to be accepted. As someone who is Gifted – an individual born with either telepathy or telekinesis – she struggles in a society that fears and resents people like her. She embodies feelings of alienation and exclusion, a reflection of my world at the time of her creation. Her bad relationship with her mother puts a major dent in Isabel’s willingness to trust others and plays a huge part in how Isabel views herself. Still, she’s stronger than she thinks, with a core of inner-strength and a sober honesty that shines through. She’s extremely compassionate, making her a stubborn and determined Inspector that anyone would be lucky to have fighting in their corner.

The Colours of Death, the debut thriller by Patricia Marques, is published by Hodder and out now

DCI Harry Virdee runs and rules the streets of Bradford in equal measure. I created a character who, whilst deeply proud of his South-Asian heritage, is not constricted by it and so fuses the duality of his upbringing – brown and white worlds. This ability makes him formidable. I was inspired to create the character because we had never seen anyone like him before. I’m always drawn back to a line Harry says to a criminal in the second book in the series, Girl Zero: “Just because you and I share a skin colour, doesn’t mean you get my allegiance.” I think that sums him up pretty well – irrespective of race or religion, if you’re a bad ’un, he’s taking you down, usually in dramatic circumstances. The BAME community has too few fictional heroes. I created Harry Virdee to correct that. He’s dark, dangerous, incredibly rebellious and he kicks a lot of ass.

Blood Divide, a standalone thriller by A A Dhand, published by Bantam Press and out now.

Guy Harford isn’t a detective, he’s a courtier at Buckingham Palace. Actually, he’s not even that – he’s just an artist who got put in the wrong job. Strange as it may seem, murders occur around the royal circle just as frequently as they do in the rest of the world and he’s the one who gets sent to clean up the mess. And, for a complete amateur, he turns out to be amazingly successful. Guy made his debut last year in Stealing the Crown and has surfaced again in Burying the Crown – the second in my wartime trilogy which mixes fact and fiction and draws together Guy and a beautiful East End burglar, Rodie Carr, in a laugh-along, unholy alliance. Plus there’s always Charlotte the royal parrot to keep them apart.

When I was a teacher at a boys’ grammar school, my colleagues were largely older men. Some were approachable, others, less so: and many have ended up as characters in my books. One of my favourites is Roy Straitley, the protagonist of A Narrow Door, and of the preceding two novels, both set in St Oswald’s Grammar School For Boys. A Latin master, nearing retirement, Straitley is one of the old schools. Devoted to pupils and his duty, he has no family outside of St Oswald’s; no friends that are not colleagues. The surviving member of a once-thriving Classics department, he has managed to stave off retirement and remains as a thorn in the management’s side; a subversive, resistant to such innovations as email, computers, whiteboards, suits – and women. Which makes the arrival of the new head all the more alarming. Not only is Rebecca Buckfast the first headmistress in St Oswald’s 500-year history, but she also seems bent on tearing down everything Straitley stands for. Determined to get her way at any cost, she uses every weapon she can – including murder – in her fight against the patriarchy.

Elma is a detective in her early thirties, returning to Akranes, her hometown in Iceland, after a personal trauma. She has a complicated relationship with the town, having moved away, never intending to come back. I wanted to write about growing up in a small community and how our identity is often shaped by other people, especially for sensitive and insecure children as Elma used to be. Whenever she visits Akranes, she shrinks back to that person. She has a strong sense of justice and gets too involved in her cases. She has a different perspective of the town than her boss, who doesn‘t want to believe anyone in Akranes is capable of committing a crime. Elma knows better. Some of the most heinous crimes are committed in small, innocuous places. Elma is smart enough to understand this, and her inside knowledge of the town combined with her role as an outsider puts her in a strong position to solve even the most perplexing cases.

Eva Björg Ægisdóttir’s debut, The Creak on the Stairs, won the CWA John Creasey (New Blood) Dagger. The next book in her Forbidden Iceland series, Girls Who Lie, is out next week