Want hot celebrity gossip? Just dive between the covers – from a Hollywood diva’s deliciously waspish diaries to a Beatle’s most intimate insights

National Trinket Dame Joan could give lessons in the art of celebrity — how many matching suitcases to take with you for a weekend in a grand hotel (about 15); how to swoosh along Fifth Avenue shopping for ‘cushions, ashtrays and accessories’ while wrapped in white fur; how to get in and out of stretch limousines while posing for the paparazzi. Joan knows all the Hollywood agents and producers by sight — and she knows which ones to cold-shoulder, which ones to embrace. 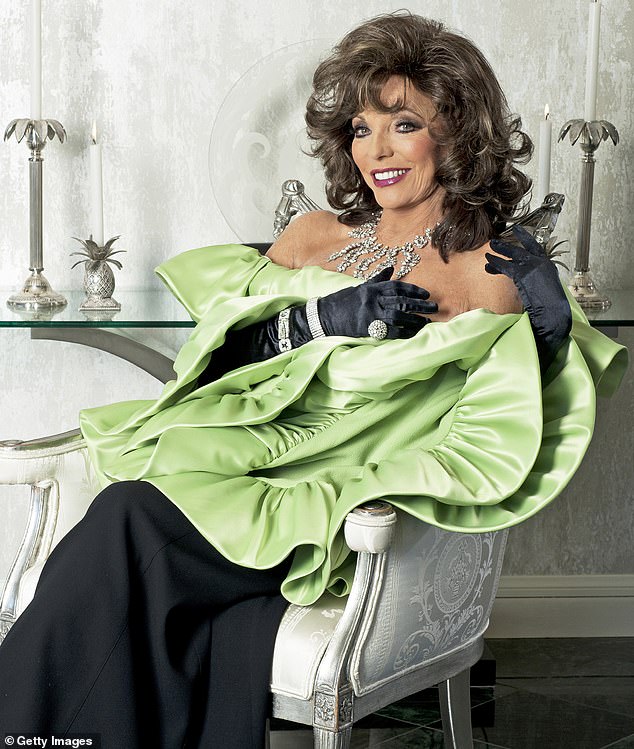 What I loved about this book is Joan’s brilliant disdain. Kevin Costner is ‘a bit thin on top’, Bill Cosby is ‘as funny as a funeral’, Sophia Loren ‘has very odd teeth’, putting Joan in mind of an elephant with protuberant tusks, and Jay Leno is ‘one of the unfunniest men in America, as well as one of the most unattractive’.

By the end, Joan’s world, populated with freaks improbably called Dominique Sirop, Dr Rock Positano and Aaron Tonken, seems the opposite of enticing. She has to spend many an evening with ‘a complete crush of hags, facelifts and ancient old men in flashy suits’.

Premieres and charity balls may look glamorous from the outside, but Joan tells us about the reality of plastic plates, over-familiar waiters and the disco din that’s replaced graceful orchestras. ‘All they want to do,’ she says of her Hollywood peer-group, most of them now dead or cancelled, ‘is eat their caviar and get the hell out of there.’

This lavishly produced two-volume boxed-set, which took five years to compile, is destined to be under many Christmas trees. Conducting us alphabetically from All My Loving to Your Mother Should Know, McCartney shares the sources of inspiration, recalls the recording sessions and at last gives us what is tantamount to his autobiography. ‘It’s all to give a sense of what was happening then,’ he says now — and there’s something deeply moving about the way he looks back at a long-vanished Liverpool and a long-deceased John Lennon. 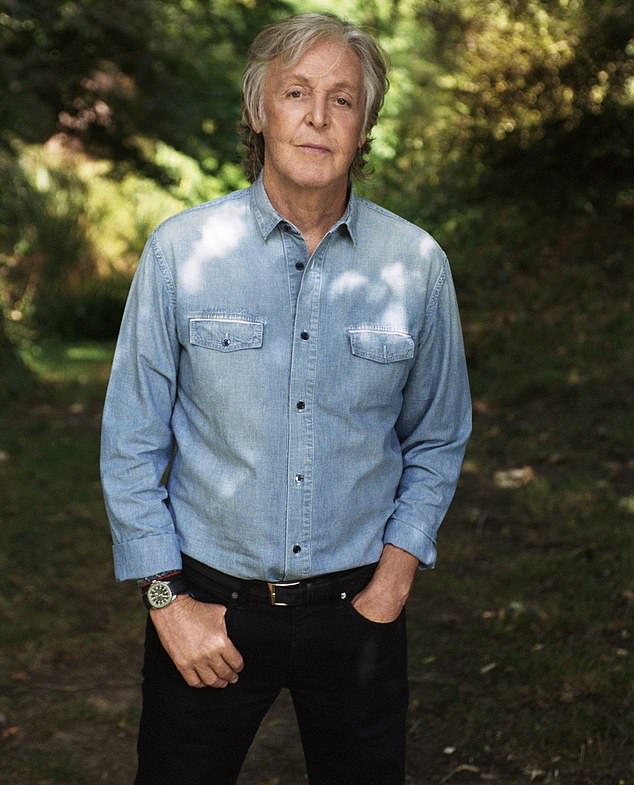 ‘My relationship with him was very mixed,’ he says. ‘He really was a bit loony’ — but this is all affectionately meant.

Penny Lane is where McCartney changed buses when going to Lennon’s home, for afternoons composing. Let It Be was all about having to grin and bear it because Yoko was always around — yet the phrase, we are told, also comes from Hamlet: ‘But let it be, Horatio.’ He’s quite a swot, is Paul. At school he was the only boy who could spell phlegm.

Some songs were influenced by Spike Milligan and The Goons. ‘As we became more experimental and leaned towards streams of consciousness, we actually gained fans.’ Other Beatles’ numbers (From Me To You, Love Me Do) were frankly simply randy. And I Love Her was written (on hotel notepaper) for Jane Asher.

We have Linda McCartney to thank for salvaging sheets of handwritten lyrics from waste bins and for pasting them for posterity in scrapbooks.

It amazes me to remember that the Beatles, the most famous band in history, began their careers driving through the sleet in a clapped-out van for a gig in the Town Hall, Abergavenny.

I’m on record as saying Eileen’s wit is drier than a martini. Actually, she is like a martini with a twist and a bowl of olives.

Now nearly 90, she has vivid recollections of the war — the vile-tasting food, the bombs and ‘the kick of adrenaline as you realised that you hadn’t been killed’. Her father, Arthur, inspected gas meters. With his little moustache, he resembled Hitler. A woman in Lower Clapton Road pushed him in a cupboard and called the police, telling them she’d captured Adolf.

Eileen, as a ‘simpering show-off’, went to ballet and tap-dancing classes, but the shoes she had to wear deformed her feet. To this day she wears orthopaedic sandals, originally designed in a factory in Czechoslovakia ‘where Tom Stoppard’s father was employed as a doctor’. She was also a ‘nervy girl’ and has been on sleeping tablets for 55 years.

I hope Eileen gets a wiggle on for Volume Two, where beans can be spilled about Alec Guinness, with whom she worked extensively on stage, and Richard Burton, her co-star in the film Equus.

I very much like the way she plays Martin Clunes’ serious-minded and kindly aunt Dr Ruth Ellingham in Doc Martin. Indeed, whenever Dame Eileen Atkins makes an appearance, in anything she does, we know we’ll be guaranteed some class. 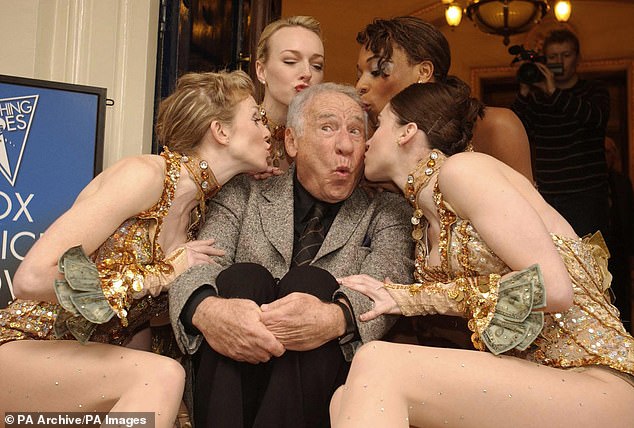 Here’s another show business legend heading towards his centenary. But Mel, born in 1926, still behaves like a very noisy infant, shouting, screaming, banging the furniture — anything to get attention.

Laughter, he reckons, ‘is a protest scream against death . . . It’s a defence against unhappiness and depression’. Maybe so, but what I enjoy about The Producers, Blazing Saddles and Young Frankenstein is the unadulterated farcical rudeness — there’s neither time nor space for anything deep.

Mel fascinatingly tells us about the making of all these classics, including his least well-known work (my favourite) The Twelve Chairs, made in Yugoslavia in 1970, and where there was nothing to do on a Saturday night ‘because Tito had the car’.

The book includes transcripts of favourite scenes (‘Could be worse. Could be raining’ — when Marty Feldman’s Igor is digging up a corpse) and Mel reminisces about working in the 1950s with the volatile Sid Caesar, who ‘picked me up by my collar and my belt and hung me out of the window’. He also recounts the hard slog making the transition from television to films — movie moguls thought Mel ‘too self-assured, cocky and brash’. Did they really? 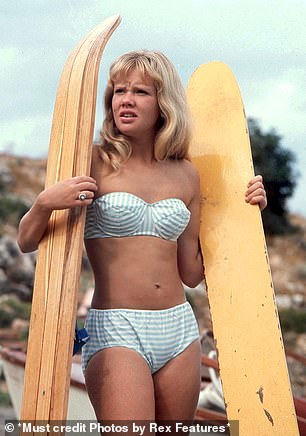 Hayley’s late ex-husband Roy Boulting was 32 years her senior and had been married five times.

In this book he is presented as a total monster: he hit Hayley about, turned her against her parents, made her cancel her 21st birthday party, and at home in Chelsea, Roy ‘grabbed me, ripping my dress’. Her screams alerted the neighbours, who anxiously knocked on the door.

Hayley was innocent, hadn’t seen anything of the real world. She was brought up by nannies in Richmond (her father was actor Sir John Mills) and by the age of 12 she was making films for Walt Disney. Her fee was £200,000 a year in today’s money. In 1960, she won an Oscar for Best Juvenile, following in the footsteps of Shirley Temple and Mickey Rooney. She’s very good in Whistle Down The Wind as the girl who mistakes Alan Bates for Jesus in a barn.

I’m not sure anyone today can tolerate Pollyanna, in which Hayley was horribly wholesome.

Her adolescence was catastrophic. The spotty Hayley piled on the weight, smoked 40 a day, and became ‘this balloon of a girl with a face like a big brown bun’. After her marriage to Roy broke down — he didn’t like her to have her own friends and, when she was pregnant with their son, future singer-songwriter Crispian, Roy didn’t speak to her for eight months — she grew up and recovered sufficiently to be in dozens of episodes of Wild At Heart. Ninety-eight percent of her Disney earnings, held in a trust fund until she was an adult, were grabbed by the taxman.

THIS MUCH IS TRUE

Anyone fond of Miriam Margolyes from her outspoken travel documentaries won’t be disappointed by her hilarious book.

Convinced she is ‘gorgeous, truly gorgeous, impish and mischievous and adorable,’ Miriam can’t wait to tell readers of her uterine fibroids and weak bladder. When she took her driving test, she tells us, ‘my knickers fell off’. She made a film with Leonardo DiCaprio, whom she adored — they spent time ‘fossicking around flea markets’ together — though ‘I was immune to his groin charms’. 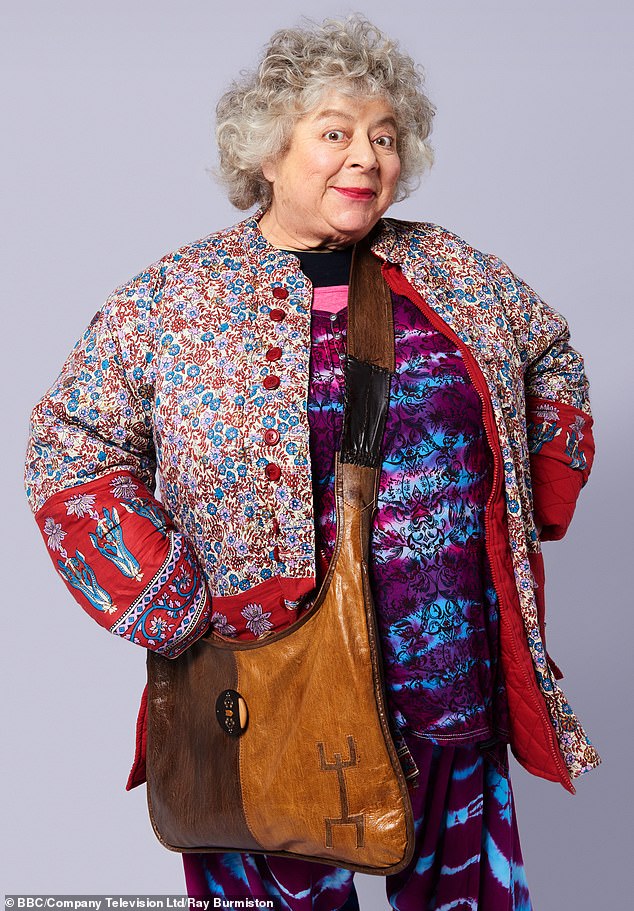 Her family originally came from Belarus, and got off the boat in Leith, Scotland, thinking it was New York. Miriam’s father became a GP in Oxford and her mother was a landlady who did the housework naked. One of the tenants was John Betjeman’s son. Another was Sir Ferdinand Mount, who once saw Miriam spreadeagled on a rug and wondered even then if she had narcissism issues.

Indefatigable Miriam has taken out Australian citizenship and has a partner, Heather, a professor whose field is Indonesian trade routes. Miriam’s mother was devastated when informed about her lesbianism, and she regrets telling her to this day.

Her father made her swear on the Torah she’d give it up. Instead, she and Heather ‘didn’t get out of bed for a week’.

The first-class, puckish, stone-bald character actor Stanley Tucci has had a big cancer battle on his hands. Four years back he started having shooting pains in his jaw. There was a tumour at the base of his tongue requiring serious radiotherapy, chemotherapy and surgery.

For months, Tucci was unable to swallow, his salivary glands were compromised and a feeding tube was inserted in his stomach. ‘I did go through with it because I had to,’ he says matter-of-factly.

Tucci required expert assistance to stop the tongue muscles and vocal cords from atrophying. It was all horrible — even water ‘burned like battery acid’.

He was sustained by the thought of wonderful food, as cooked by his Italian family.

Much of the book is a trip down gastronomic memory lane, with evocations of the dishes made by his mother from clams, mussels, shrimps, peppers and pasta with broccoli. In the Tucci kitchen there was lots of garlic and fresh herbs, tomatoes and peaches soaked in wine.

The actor, married to the literary agent sister of actress Emily Blunt, now lives in London. He is amused by the way we call jelly ‘jam’ and he thinks some of our typical fare is like ‘overdone slop given by Mr Bumble to workhouse boys’, although he loves his wife’s goose-fat roasted potatoes.

Since his illness, Tucci says he has discovered food wasn’t only a huge part of his life, ‘it basically was my life’, not only sustaining him but enriching him. This is an enriching book.