Was ‘60 Minutes’ TV’s Most Toxic Workplace?

TICKING CLOCK
Behind the Scenes at “60 Minutes”
By Ira Rosen

Ira Rosen probably would have liked nothing more than to mark the end of his long career in TV news by writing a gruffly charming reminiscence of the kind that journalists tend to publish after age 65, one of those sometimes gritty, sometimes glamorous accounts filled with anecdotes of hairy deadlines, scenes of life-threatening encounters in far-flung locations and a dash of gossip to season the narrative. But Rosen, who won 24 Emmys in 40 years for a body of work that included investigative reports on politicians, business leaders, gangsters and spies, had a problem that kept him from writing that kind of thing. The problem was that he spent most of his career at “60 Minutes” — and for decades the “60 Minutes” workplace was a pit of sexual harassment and everyday abuses.

As he writes in “Ticking Clock: Behind the Scenes at ‘60 Minutes,’” Rosen found success thanks to his working relationship with the show’s top correspondent, Mike Wallace, who had won the admiration of millions with an interviewing style that made powerful men sweat and stammer as they tried to worm their way out of his inquisitions. Rosen also describes enduring years of misery thanks to Wallace, whose workday behavior — sexually harassing women in the office; subjecting colleagues to tirades and tantrums — belied the righteous enforcer he played on camera for some 50 years.

“I was trapped with Wallace,” Rosen writes.

He joined “60 Minutes” as a segment producer in 1980, at the age of 26, hired by Don Hewitt, the show’s creator, and things were nice enough in the beginning. Equipped with a bottomless expense account long before the internet was a daily tool, Rosen describes himself as a kind of human search engine. To find out which stories had made the papers in cities far from New York, where he was usually based, he would hand over his credit card at an airport counter and buy a ticket for the next available flight. He calls this research method “airport roulette.”

Teamed with Wallace, Rosen became a backstage maestro who often felt he didn’t get proper credit for his work. He paints himself as a humble digger, a persistent journalist with a sense of what makes for a solid TV segment and the skills to get it broadcast-ready.

Wallace, who died in 2012, had other attributes — a tobacco-cured baritone and a virtuoso actor’s talent for making an instant bond with audiences — and Rosen describes him as a touchy, insecure creature who reveled in attention from strangers back when muckraking reporters were widely admired.

He also writes that Wallace regularly peppered colleagues with questions about their sex lives; lashed out at them for no good reason; grabbed the bottoms and breasts of women who worked in the office; pulled them onto his lap; and snapped bra straps.

“The verbal harassment I experienced from Mike Wallace and other TV big shots was, in a word, criminal,” Rosen writes. He says he stuck it out for so long “in part out of fear, but mostly out of ambition.”

It is depressing to think that a “60 Minutes”-worthy story — on the ingrained culture of harassment at a cultural institution — took place at the nation’s most prestigious and most popular TV newsmagazine. The writer Sally Quinn ventured into this territory in “We’re Going to Make You a Star,” a 1975 memoir about her stint at CBS News. She wrote that Hewitt tried to sabotage her after she said no to his advances. (The reviews were vicious.) 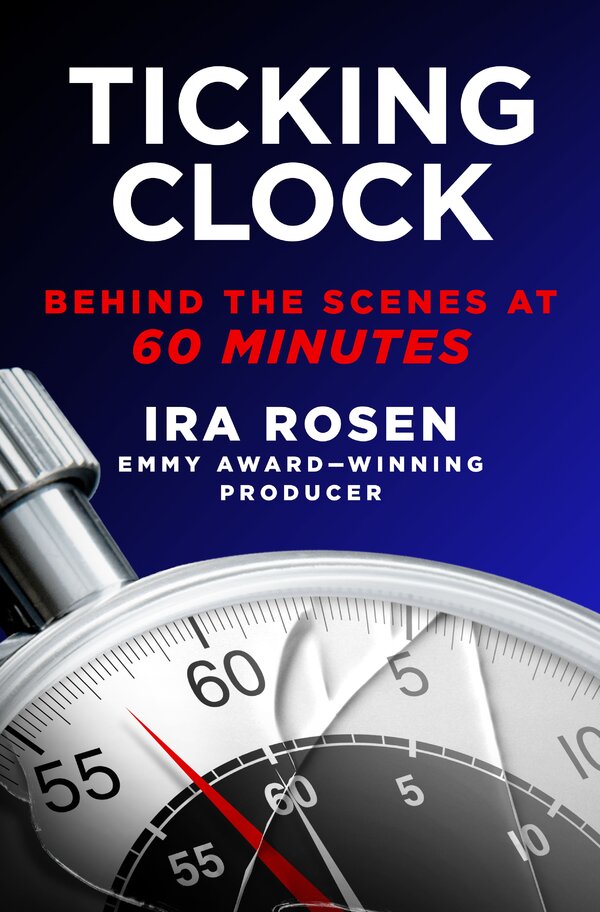 In a 1991 article for Rolling Stone, the journalist Mark Hertsgaard reported that Hewitt and Wallace routinely harassed women in the workplace. In 2017, “60 Minutes” tried to obscure its past. Richard Zoglin, a biographer, was hired by Simon & Schuster, a publisher then owned by the CBS Corporation, to write a book on the show’s history in time for its 50th anniversary. After he started asking about the treatment of women on staff, he was replaced by a new author: Jeff Fager, who had succeeded Hewitt as the show’s top producer.

Rosen does not go into the book fiasco but does note that CBS fired Charlie Rose, a “60 Minutes” correspondent and a co-anchor of “CBS This Morning,” after a number of women had accused him of sexual harassment. He also includes the 2018 firing of Fager, whose career ended after he sent a threatening text message to a CBS reporter who was preparing a “CBS Evening News” segment that dealt with allegations of sexual harassment against Fager himself. (The problem went to the very top: The CBS Corporation also fired the company’s chief executive, Leslie Moonves, after a dozen women accused him of sexual harassment and sexual assault.)

In an article about a 2018 investigation of the CBS workplace culture commissioned by the CBS board, The New York Times reported that the company paid more than $5 million to a former CBS News employee who said that Hewitt, who died in 2009, had repeatedly sexually assaulted her and destroyed her career during his time in charge. The settlement, reached in the 1990s, gives her annual payments for the rest of her life.

Rosen offers a mostly affectionate portrayal of Hewitt and does not mention the settlement. At the same time he questions his own reaction to the firing of Rose. “This is horrible,” he quotes himself saying about the abrupt end to Rose’s career during a conversation with the CBS anchor Norah O’Donnell.

“And she answered appropriately, ‘I feel sorry for the women,’” Rosen writes. “Her response was from her gut and gave me an inkling of what it may have been like for women, even Norah, to work with him.”

The investigation of the CBS workplace culture included the allegation that Rosen had “occasionally made inappropriate sexual comments to his female subordinates.” Rosen declined to comment when The Times asked him about the allegation two years ago and denies it in the book.

In addition to his icon-busting description of Wallace, Rosen paints unflattering portraits of two other “60 Minutes” correspondents, Steve Kroft and Katie Couric. He reports that his workdays were pleasant when he produced segments for Lesley Stahl and Bill Whitaker.

Rosen’s backstage descriptions of the show are livelier than his sometimes plodding accounts of how he nailed stories of corrupt politicians and amoral executives. But how reliable a guide is he to “60 Minutes”? Although he acknowledges the toxicity of its workplace, he devotes space late in the book to castigating journalists at The Washington Post who were reporting on sexual harassment at the show. And a reader may wonder what lessons he drew from his years in such an environment when he writes of the correspondent Ed Bradley that he “liked his women and was a chick magnet” and says that Rose “had always been a ladies’ man.” Those lines are among the book’s many groaners.

A bit like Mr. Stevens in Kazuo Ishiguro’s “The Remains of the Day” — a dedicated butler who begins to suspect, too late, that he had spent his life in the service of a bad master — Rosen grapples in the final pages with the pair of TV news giants who shaped his career.

“The Me Too reckoning was needed,” he writes, “as it left too many women in tatters. And even if Wallace and Hewitt were geniuses, it didn’t excuse their Neanderthal behavior toward women. If I had been a 26-year-old woman working for Wallace in 1980, I doubt I would have survived the experience.”