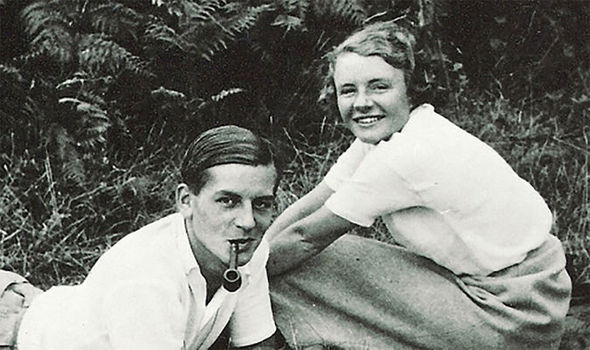 In the annals of Britain’s wartime espionage, there are few stories as tragic and murky as the death of Major Francis Suttill. Codenamed Prosper, he was leader of Britain’s most important Special Operations Executive (SOE) network in France until his capture and execution by the Nazis in 1945.

Yet, some years after his death, rumours began circling that Suttill hadn’t, in fact, been victim of German infiltration of his network but rather the subject of a cold-blooded and calculating plot by Britain’s intelligence service MI6 to trick the German high command over the time and place of D-Day.

The British establishment had, so went the claim, deliberately handed one of its own agents to the SS’s torturers to be murdered.

Whatever the truth, it is this theory that inspired my novel about a Paris SOE circuit, The Winter Agent. My fictional agent Marc Reece leads a Resistance circuit risking their lives to sabotage the German war effort.

Reece also has a second mission, secret even from his fellow agents, to secure a document identifying a German spy at the heart of British intelligence.

The fate of Allied forces on D-Day is in his hands. But in many ways, as we shall see, the truth is as strange as fiction.

Major Francis Suttill was born in France in 1910 to an Anglo-French family, moving to Britain where he qualified as a barrister, married and had two sons.When the Second World War broke out, he volunteered for the Army and ending up an intelligence officer.

In 1942, he was recruited into the nascent SOE, the hush-hush service recruited from military and civilian ranks. In October of that year, he parachuted into France to establish his intelligence-gathering “circuit”, codenamed Physician. Initially, he enjoyed success building up contacts and supplying local Resistance groups.

But in June 1943, following lapses in security, infiltration by a German double agent, and a run of ill luck that set the Gestapo on his trail, he was captured, and eventually executed 21 months later in the Sachsenhausen concentration camp.

His capture, along with 150 agents and Resistance members connected to Physician, was a coup for the Germans.

For years, their story stood as one of heroism and loss. But in the 1960s and 1970s theories began to emerge that Prosper had been deliberately sacrificed.

The Allies had deployed a number of brilliant and astonishingly successful deception ploys to make the Germans believe the June 1944 D-Day invasions would take place in Calais or Norway, rather than Normandy.

It was claimed Suttill had been deliberately misled about the place and timing of the Allied invasion, perhaps even by Winston Churchill himself – that it would be Calais in late 1943 – and then betrayed to the Germans by MI6.

It was further claimed that the Nazi interrogators would extract the information, which would have the ring of truth because Suttill himself believed it, then station their defensive forces in the wrong place – the sacrifice of one loyal agent saving hundreds if not thousands of lives when D-Day did finally take place.

At the centre of the alleged conspiracy were two men: Claude Dansey, the vice-chief of MI6 who was known to despise SOE; and Captain Henri Dericourt, a former French air force pilot who was attached to Prosper’s circuit.

Dericourt had been seen in the company of German intelligence officers and was suspected of being a double agent. This suspicion was to prove correct. But by then it was too late for Suttill because London didn’t listen.

Suttill’s second son, also called Francis, was two when his father was posted behind enemy lines in France. He didn’t remember his father and if he asked his mother about him, he recalls: “She would become mildly hysterical.”

As he got older, he wanted to discover more about his father.

“It was important to me, on an emotional level, to find out the truth,” he explains now.

As part of the journey, Francis visited the site of the Sachsenhausen camp, writing: “My father was in Cell 10 and this was only marked by an outline of the foundations. I stood in what remained of that cell and found it difficult to believe that he had lived in this small space for well over a year. I was very glad that my wife was with me as the emotion of the moment was overwhelming.”

Francis also examined claims his father was betrayed by the British establishment.

One of the earliest sources for the claim of betrayal was Maurice Buckmaster, the chief of SOE’s French section, who wrote: “In the middle of 1943 we had a top secret message telling us that D-Day might be closer than we thought? and we of course acted on it without question.”

In May of that year Suttill himself had been recalled to London for a briefing about the timing of the invasion, which he was to convey to the French.

Buckmaster later claimed the briefing had been with Churchill himself, who asked his agent: “Are you prepared to risk your life in these circumstances? I want you to make as much disruption as possible. Ignore the security rules.”

However, Suttill’s son investigated and discovered the prime minister was at a conference in Washington during his father’s final visit to London.

By 1958, with Dericourt now confirmed as a traitor, an early history of the SOE claimed London knew that Suttill’s Physician ring had been infiltrated but let it continue functioning to distract the Gestapo from other operations.

A year later, it was claimed Suttill had been convinced by London in 1943 that the second front would be launched within weeks. This theory also suggested Dericourt was in fact a triple agent – part of a plan to deceive and betray Suttill and make his information appear more credible to the Germans.

So far, so murky. But when author Michael Foot published the official wartime history of the SOE in 1966, he argued that such a plan would have relied too much on chance for success and would have been wholly out of character for Allied intelligence.

However, he conceded that when Suttill returned to France after his briefing in 1943, it was “in the belief that an invasion was probably imminent”.

Also arguing against the existence of such a devious plot, there is the cost of the deception: why sacrifice the hundreds of agents and Resistance members rounded up by the Germans when they would have been important to the actual invasion?

But if the death of Major Suttill wasn’t down to conspiracy, what was behind it?

The essential danger to the Physician circuit was its sprawling size, which meant there were many points where the Germans could penetrate it. It is likely the Gestapo were set on its trail by a simple accident; during a drop of supplies by the RAF, some of the canisters carrying munitions exploded, alerting the Germans.

This led them to one of Suttill’s lieutenants, and then to Suttill himself. Today his son, whose own book is called Prosper, believes such a sequence of events could not plausibly have been deliberately planned or organised by MI6.

Other disasters could also have exposed him sooner or later: a briefcase containing a list of agents stolen from an SOE courier and handed to the Germans; Resistance members caught and interrogated; Dericourt’s treachery.

Such holes in the circuit’s security were methodically exploited by the Germans.

As Francis explains: “Many of the Gestapo had been policemen for 20 years. And they were set against hastily- trained amateurs.”

Those amateurs, brave and often brilliant as they were, could only hold out so long.

The fog of war is a phrase that covers so many sins, tragic confusions and muddy dealings.Anyone involved in wartime intelligence will tell you it is also responsible for more agents’ deaths than the efficiency of the most ruthless enemy.

I am convinced the death of Francis Suttill was not down to a deception plan, but to rushed planning, ill luck and the sickening, ruthless brutality of the Gestapo.

Yet while the claims and accusations will no doubt continue to swirl, Frances Suttill’s heroism can never be in doubt.