What Is Amazon Doing to Our Country?

FULFILLMENT
Winning and Losing in One-Click America
By Alec MacGillis

Over the past year, as Covid has decimated the social and economic fabric of the United States, one company has been recording staggering profits and market growth, along with a hiring spree of over a thousand workers a day: Amazon. If you are reading this review, you have definitely encountered an Amazon product in some form — whether a blue-and-white bubble-lined envelope sitting outside your door or a delivery from Whole Foods. Even if you’ve decided to boycott Amazon purchases, just by going on The Times’s website you will have used an Amazon product — The New York Times, along with sites like Netflix, Zoom and Twitter, is hosted on Amazon Web Services, the cloud computing division behind Amazon’s smiling consumer face.

And chances are high that whatever the product inside the bubble envelope, the Whole Foods bag or the web page you loaded, the product brought you some temporary fulfillment.

In Alec MacGillis’s urgent book, “Fulfillment: Winning and Losing in One-Click America,” true fulfillment is elusive in Amazon’s America. Through interviews, careful investigative reporting and vignettes from across the country, MacGillis deftly unravels the strong grip Amazon has on the United States, from the ground level — in the inhumane working conditions of the warehouse, in rural towns upended by deindustrialization and subject to the glint of Amazon’s economic promise — to the gilded halls of Washington, D.C., where Amazon’s lobbyists flock.

Rather than the smooth story of innovation that makes Amazon’s rise to power inevitable, MacGillis reminds us that the company’s totalizing influence is one of parasitic opportunism, filling the spaces left by the decline of American manufacturing and taking advantage of industrial consolidation. Through careful detail and deeply humanizing portraits of communities impacted by Amazon, MacGillis gives us a picture of contemporary America as mere survival under precarity — the simple need for shelter, food and a safe workplace. 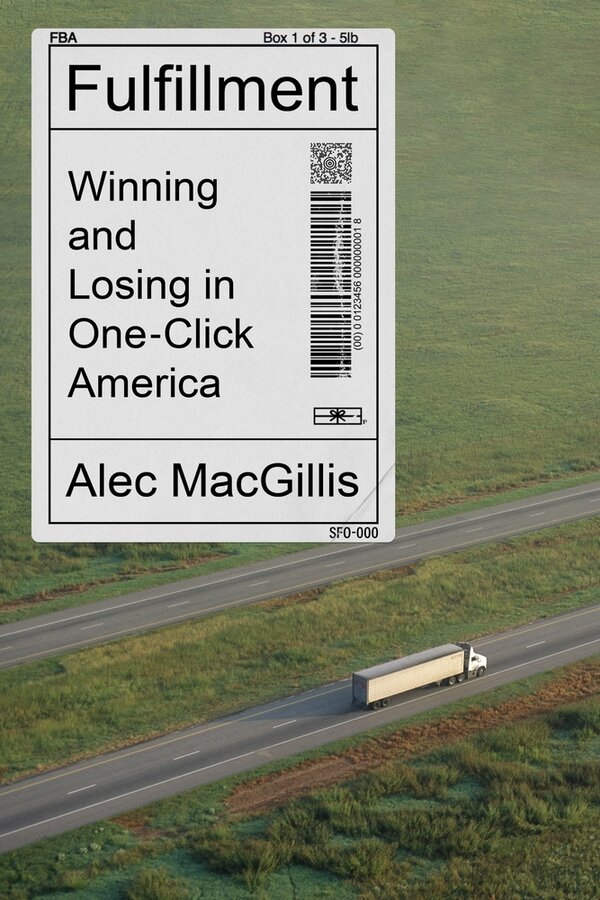 The book’s chapters are structured around different locations throughout the United States, seemingly unconnected places stitched together by Amazon’s massive physical footprint. Throughout, MacGillis underscores Amazon’s ability to rearrange physical space into a vast yet efficient infrastructure of data centers, package sorting centers, delivery hubs and fulfillment warehouses. Corporate decisions flow outward from Amazon’s headquarters in Seattle, which MacGillis uses as a site to chronicle the company’s rise from the 1990s into a behemoth that relies on egregious labor practices and political ruthlessness.

We see these practices in the chapter on Baltimore, where we meet William Kenneth Bodani Jr., a 69-year-old forklift operator in an Amazon warehouse. Under economic pressure, Bodani is forced out of retirement from the steel industry to take one of the few opportunities left in the former steel-centric peninsula of Sparrows Point. MacGillis highlights the difference between Bodani’s former job at Bethlehem Steel and his new job in the warehouse, a difference strongly hinted at in the chapter’s title, “Dignity.”

While Bodani’s experience in the steel industry was tough (evidenced by his numerous work-related injuries), he tells MacGillis: “I don’t care how dirty, how dangerous it was, how busted up I got. I loved it.” Bodani made $35 an hour with at least seven weeks of vacation while working for Beth Steel, and like many other workers in the industry, was part of a union that advocated for worker advancement. Compare this with Amazon’s drive to maximize profitability. In the same chapter, at a grim warehouse job recruitment session, workers are presented with a drug test, their starting rate of $13.75 and a sense of provisional, anonymous employment. Bodani’s job as a forklift operator includes a mere 20 minutes of “time off task” across a 10-hour shift.

These changes in work are contextualized against sweeping socioeconomic shifts MacGillis recounts: the choice by corporations to move manufacturing overseas, the decline of organized labor, the eradication of a government safety net.

We visit the city of Dayton, Ohio, multiple times, and follow along with a young couple, Todd and Sara, who grew up middle class but now find themselves, with children in tow, in a homeless shelter, an institution that MacGillis points out did not even exist in Dayton until the mid-1980s. In the book, Dayton, formerly seen as a birthplace of innovation and aviation, is now a symbol of postwar boom and bust, a city fallen from grace. Todd and Sara struggle to keep it together between domestic violence and job losses. Todd works at the local cardboard box factory, one of the few growing industries left, thanks to Amazon’s ascendance.

In MacGillis’s account, Amazon’s power centers on its willingness to influence politics on any scale, whether local or national. We spend time in Amazon’s corporate home in Seattle, where its rise has resulted in urban inequality, creating sharp contrasts between the haves and have-nots. In spite of tech’s supposed progressive intentions, Amazon is perversely willing to throw $1.5 million into a Seattle City Council race against progressive candidates, in order to evade taxation, arguing its money is better spent on philanthropy.

This ruthless strong-arming happens in other places as well. In rural Northern Virginia, Amazon encountered protests from residents opposed to an electricity easement the company wanted for its ever-expanding data center infrastructure. Amazon temporarily retreated, only for the energy company to strike a deal with the state to impose a monthly fee on all ratepayers to make up the cost, while Amazon secretly secured a discounted rate for itself.

When it comes to national politics, Amazon has hired dozens of former government officials, including the Obama administration’s head of federal procurement, to work for Amazon Business. This leads to millions of dollars in government contracts, and also explicit changes in national defense bills that shift more than $50 billion in routine government purchasing into online marketplaces.

Jeff Bezos’ oligarchic tendencies emerge through other scenes, as when MacGillis describes the C.E.O.’s “pharaonic” new house in Washington, D.C., and the military guard present at his arrival to a dinner at the Washington Hilton. Even Bezos’ ownership of The Washington Post comes across here as an effort to manufacture and control political discourse rather than to support the paper’s stated aim of saving democracy. By the end of the book, you might be convinced the situation is bleak, with Amazon fated to rule all facets of social and economic life. Unlike the immediate, visible crises of natural disaster and war, the uncertainty and harsh economic conditions created by this one company are a simmering, slow death.

During the pandemic, there has been talk on social media of boycotting Amazon to counter its corporate power. The careful, investigative work of this book shows that the only way individual fulfillment can happen is through collective fulfillment and solidarity across different regions — the kind of solidarity imagined by the current Amazon warehouse workers of Bessemer, Ala., in their drive to unionize.

In one of the more hopeful, unexpected parables in the book, Taylor Sappington, a young man from Nelsonville, Ohio, wins a full ride to George Washington University and heads back home with the fervor of a New Deal Democrat inspired to make government work and counter his hometown’s drive toward Trumpism — flying in the face of his friends and family, the opioid crisis and rural poverty. He bounces between jobs at a Texas Roadhouse and as a City Council member, as a Kroger’s checkout clerk and as the Nelsonville city auditor, remaining passionate about ways his local government and community could not only fill the gaps left by private industry, but build infrastructures outside of it. Despite all the bleakness, true fulfillment might still be out there.