WHAT would thriller writer Jeffrey Deaver take to a desert island?

WHAT BOOK would thriller writer Jeffrey Deaver take to a desert island?

Four Threats: The Recurring Crises Of American Democracy by Suzanne Mettler and Robert C. Lieberman. Like many Americans, I have been troubled by the polarisation in politics and the rise of movements, and demigods, that I find worrisome.

The authors point to instances in U.S. history in which one or two of four threats they have identified have endangered the institution of democracy. Their alarming and articulate message: we are living in a time where all four threats are present.

Until some author pens Surviving On A Desert Island For Fun And Profit, I’ll go with Tolkien’s The Lord Of The Rings. Not only is it a masterfully told epic tale, but its structure, pace and tone are perfect templates for authors writing in any genre.

I have used the novels as a model for my own stories, even though I write in the crime, not fantasy, genre. And to top it off, what does Tolkien do but make the experience even headier for people like me, language buffs, by creating a half dozen tongues for his characters? That might inspire me to do the same, as I sit under a palm tree, awaiting rescue. 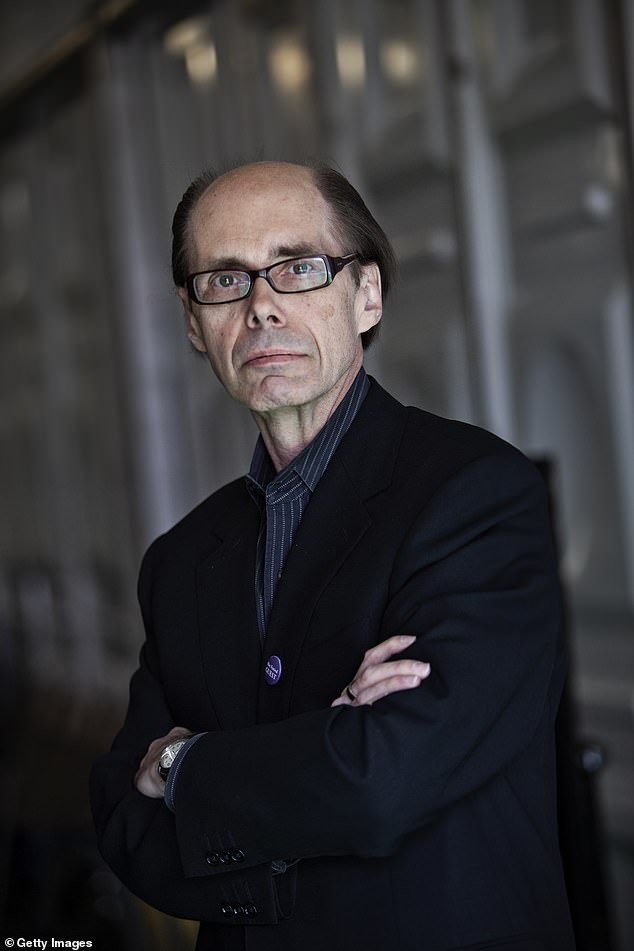 Jeffrey Deaver is reading Four Threats: The Recurring Crises Of American Democracy by Suzanne Mettler as he is ‘troubled by polarisation in politics’

From Russia With Love by Ian Fleming. I was about eight when I read the book and I was enthralled by the singular hero, as well as the exoticism and richness of the characters and setting. The plot was simple enough for me to follow at that age and Fleming was discreet about romance and violence, so it was mostly appropriate. Of course, the novel spoiled me. Once you read Bond, you can never go back to Pooh.

I’m sorry to admit that I was defeated by Infinite Jest by David Foster Wallace. I was intrigued because the book has been described as a masterpiece of post-modern fiction and hints that it might be a retelling of Hamlet.

But then things got complicated: I found myself lost trying to piece together the story, and intimidated by the length and quantity of endnotes.

Still, I will say I remain impressed with Wallace’s vast imagination and mesmerised by his soaring writing style.

The Midnight Lock by Jeffery Deaver (HarperCollins £14.99) is published on November 25.