When Publishing Women Was a Radical Act: A British Editor Looks Back

Lennie Goodings, the chair of the trailblazing feminist press Virago, was 5 years old when she spotted her first typo. “I pointed it out to my mother and that was when it first dawned on me that there were humans behind books,” she said in a 2013 interview. “It felt like a secret discovery.”

Note: She did not regard the typo as an error. She recalls only a feeling of luck, of pleasure, in spotting the evidence of something beautifully, recognizably human.

Ego belongs to the writer, she declares in her pensive and surprisingly poignant memoir of her years at Virago, “A Bite of the Apple.” Editing is “a backroom job” — and has anyone ever seemed giddier at that prospect? This book glows with the gratitude of doing this work, and in doing so, finding oneself occupying a front seat to feminist history.

Virago was founded in 1973. From its fourth-floor office on Wardour Street in London, a small staff set about a mighty campaign to shake the canon out of its primness and timidity, to shatter the silences around women’s lives. They published Margaret Atwood, Angela Carter, Adrienne Rich, Grace Paley, Maya Angelou, Stevie Smith. They reprinted radical accounts of the lives of working-class women, stories about abortion.

The current vogue for the revival of “neglected” or “overlooked” women writers owes much to that time, to the zeal for not only rescuing writers from obscurity but restoring them as ancestors, to forge a sense of continuity in women’s intellectual history. The Virago founder Carmen Callil is credited with resurfacing the work of Vera Brittain, Willa Cather, Elizabeth Taylor, Rebecca West and too many others to name.

Goodings arrived in London in 1977 from Canada, wafting in on romantic notions of publishing and finding instead instead a fusty little industry, with men her own age braying at her, demanding coffee. Canadians, she discovered, were regarded as oddities. Atwood described the feeling in the 1970s: “In England, then, being Canadian was sort of like being crosseyed, only less interesting; most people would gamely pretend not to notice, or throw you a look of pity and then swiftly escape to talk to someone else.” 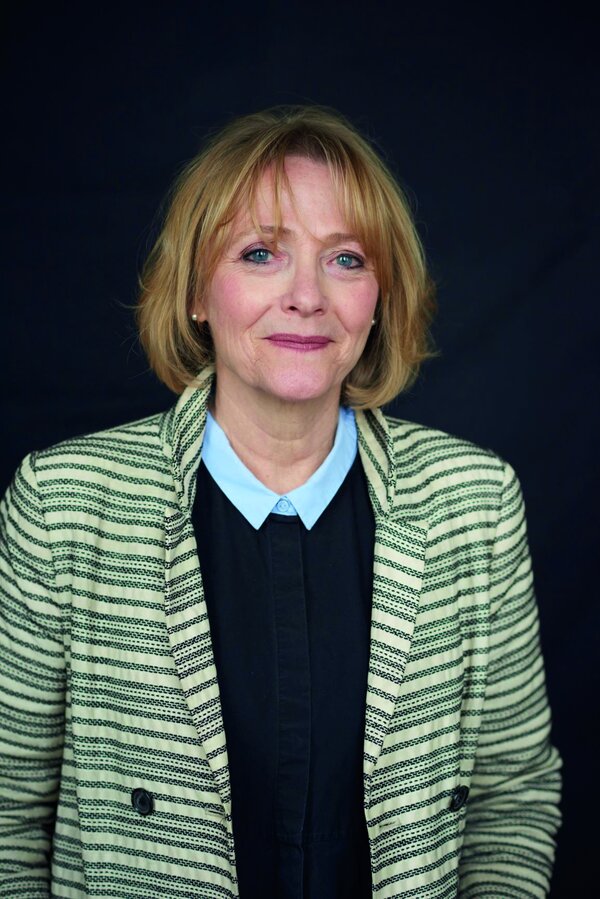 She soon made her way to Virago, to interview with Callil, who, unhappy to hear that the applicant hadn’t eaten, immediately set about making her a sandwich.

“I am just 25, Canadian, new to Britain, and in awe of this formidable woman,” Goodings recalls. “But as there are only two of us in the office I feel emboldened to ask: ‘Why did you start Virago?’”

Callil looked up and replied: “To change the world, darling. That’s why.”

From the beginning, Virago was beloved and embattled in equal measure. “Chauvinist sows,” pronounced Anthony Burgess. The press coverage could be sour, and often schizophrenic. Could there possibly be enough worthy books by women to publish? Surely with so many women authors, the notion of a women’s press should be obsolete? For some, like the journalist Emma Brockes, Virago “became such a reliable brand that you could buy a book on the strength of the green spine alone.” Others were horrified. “What a name!” the philosopher Marguerite Yourcenor lamented. “They publish only women. It reminds me of ladies’ compartments in 19th-century trains, or of a ghetto.”

Goodings is evocative on those years when Virago’s achievements seemed so splendid and yet so insufficient, when the company felt scorched by the scrutiny and riven by internal conflict and jealousy. She still seems singed — as she anxiously, almost compulsively defends Virago’s right to be a profitable business, defends their controversial sale to Little, Brown (now owned by Hachette). She remains cagey on the divisions within the company but recalls, clearly pained, the glee the public seemed to take at news of the infighting.

Charismatic, demanding Callil was the heart of the operation in its early years — and, by her own account, a good deal responsible for much of the office tension. Still, it’s her account of Virago that one really craves; her almost terrifying bluntness and very clear ideas about feminism. Where the unfailingly politic Goodings might describe London in the ’60s as “full of the spirit of liberation,” here’s Callil, talking to a Financial Times reporter this summer, unbound as ever: “ We’d fornicate like hell, because the pill came in ’61. But also there was the music, the dancing, the clothes. I lived down the road from Mary Quant, where she opened her first shop, and I tried to fit my thunder thighs into her skinny skirts. It was just lovely.”

With Goodings we have the distinct feeling of always being in earshot of the shareholders; there will be no talk of thighs here, and she’s discreet about her own politics, insisting on a flexible, welcoming notion of feminism. She shows her writers from only their most flattering angles. Tillie Olsen was impossibly selfless. Angela Carter, “such fun.” No achievement of theirs is too small for her to celebrate. She warmly praises Margaret Atwood for being an early adopter of Twitter.

Gooding may not be a revealing writer but she is an honest one. It’s a complicated history she must convey — squaring the achievements and mistakes of the past — and she faces up to it, including a few messy scandals. Chief among them might be when Rahila Khan, a Virago writer supposedly of South Asian descent, was revealed to be the creation of Toby Forward, an Anglican vicar. “Oh, not a time I would like to live through again.”

That comment — its reticence, its light shudder — strikes at what begins to feel central about this story. “A Bite of the Apple” is, as befitting its title, not merely about knowledge but about shame. Pride in Virago was often difficult, Goodings writes. Blame and regret came easier; their efforts already felt so exposed to criticism and mockery. Even as Virago’s mission was to shatter silences, the costs of speech were very clear. And so, perhaps, this deeply modest book that, of all things, contains its own critique and argues against its own circumspection, deploring the feminine habits of “modesty, likability and anxiety.” It’s a memoir that doesn’t merely looks backward, but in its form, in all its limitations, gestures at the work to be done. It’s a memoir of a Virago reader.