Why Does Thoreau Live On? A Few Famous Writers Offer Answers. 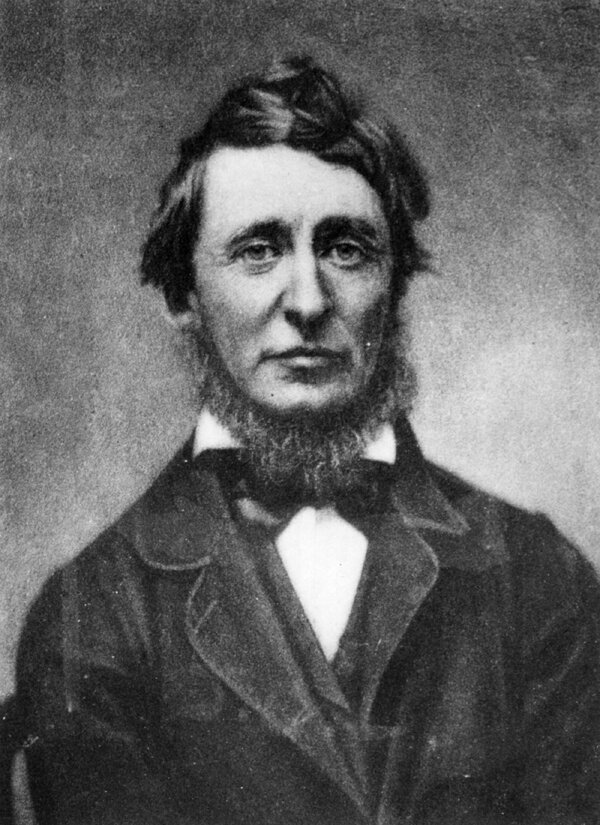 Our 4-year-old son, Henry, calls it “my rock.” It’s right near our house in Concord, Mass., and we visit it often at the burial ground at Author’s Ridge, the final resting place of Hawthorne and Emerson. It is the plainest yet most impressive of headstones, a small marble slab bearing a single word: HENRY. Before Henry David Thoreau died on May 6, 1862, he whispered four words to his sister that have always puzzled me, at least until now — “Now comes good sailing.” It’s a strange suggestion that the journey of life might only truly begin after death.

Thoreau never understood, and could never have guessed, how popular he would become. When he fell ill with his final bout of tuberculosis, his masterpiece, “Walden,” was out of print. Today, millions of readers cherish it and its call to “live deliberately.” “Walden” will probably never go out of print again, and the first edition, the one Thoreau struggled to sell for a dollar, fetches thousands at auction today.

Why does Thoreau live on? This is the central question answered by a remarkable anthology gathered by Andrew Blauner, entitled “Now Comes Good Sailing.” Anthologies are rarely remarkable. It is extremely unusual for any number of iconic writers (much less 27 of them) to team up in defense of their literary hero, but Blauner’s table of contents reads like a “Who’s Who of Intelligent Modern Prose”: Megan Marshall, Lauren Groff, Celeste Headlee, Pico Iyer, Amor Towles, Alan Lightman and Adam Gopnik, among 20 others.

Why does Thoreau live on? Because we need him to. Thoreau suggested that the busyness of life — the frenetic pace of our jobs, the demands of our bank accounts, the status that we seek and never find — should never be the exclusive focus of living. Can we, as Lightman puts it in his essay, free ourselves from the “rush and the heave of the external world”? This is the lesson of Walden Pond: that our immediate concerns usually obscure the important ones, and almost always distract us from what is ultimate, the chance to live and die with the knowledge that we have tried to “truly live.” This collection amplifies the wisdom of Thoreau for an age that is frequently hard of hearing.

Groff echoes Thoreau’s instruction from Walden: “Look at a pond no more miraculous than any other pond in the world, which is to say infinitely miraculous, look at your own ponds whatever shape they take … look deeply.” This isn’t Narcissus at the pool, but rather the attempt to see your true self, and to reckon with what you might become. Iyer is particularly good on this point, writing, “Thoreau stepped away from the world only so that he would have more to give back.” Thoreau’s single task was to “improve the nick of time.” This is easier said than done. As Blauner’s collection demonstrates, the task continues for readers who negotiate our world of existential anxiety, gross injustice, mass conformity and environmental degradation. Thoreau speaks clearly, urgently, for our time, but only if we are willing to listen and live accordingly.

The most beautiful essay here is also the most bittersweet: a Thoreauvian elegy written by Megan Marshall entitled “Without.” Marshall is now without her husband and nothing will bring him back to life. This is, however, precisely what her words accomplish, expressing the underlying hope of “Good Sailing,” namely that the most meaningful moments, the most meaningful lives and writers, are never fully lost. This is true in the case of Henry David Thoreau.

I hope our son Henry continues to return to the simple headstone on Author’s Ridge, to find meaning and to find himself, to add yet another pencil or pen to the pile that slowly accumulates at Thoreau’s grave. As Amor Towles explains, his “meditations lead us always toward a better understanding of ourselves.” Just as for an untold number of readers, Thoreau’s writings will remain “my rock.”