Why the Death Penalty Is Dying: A New Book Tells the Surprising Story

In 1972, the Supreme Court meted out a death sentence. The condemned was the death penalty itself. The American apparatus of state killing was effectively shut down, the punishment judged too final given the flawed human beings who gave it. But this death wasn’t final. A bipartisan band of bloodlust resurrected the death penalty, needling the annual count back up to a peak of 98 executions in 1999. From there, the death penalty began again to die. This time, it wasn’t a high edict that doomed it, but the unsung, helter-skelter, hydra-headed, revolution-by-a-thousand-cuts process through which real change often comes.

The journalist Maurice Chammah’s sober, densely reported first book, “Let the Lord Sort Them,” promises a history of “the rise and fall of the death penalty.” But as it tells that focused tale, it becomes — almost unwittingly — a case study that speaks more broadly to our current moment, about building monumental change brick by brick.

How? Not through big ideas in Washington, D.C., but through tedious grass-roots whittling. Not through purity tests but through unlikely coalitions of the righteous, the tainted and the grappling. Not by raising an issue’s visibility but by keeping its profile down.

[ This book was one of our most anticipated titles of January. See the full list. ]

In a season of American life when so many want to get big things done and few seem to get anywhere, this story of the slow slaying of the death penalty — one that flies against many of my own intuitions — serves as a vaccine against the virus of fatalism.

Like much that seems immovable, the death penalty is ancient. But it appears on the way out now, and, as Chammah, a staff writer for The Marshall Project, shows, it was on the wane once before, in the years leading up to the Supreme Court’s 1972 blow: “The news of American military atrocities in Vietnam — along with the discovery of German death camps a generation before — gave new power to the argument that governments should be restrained in their power over life and death.”

[ Read an excerpt from “Let the Lord Sort Them.” ]

When the Supreme Court finally ruled in 1972, in Furman v. Georgia, it didn’t declare execution unconstitutional in principle. Rather, a divided court found capital punishment to be ruled by caprice, irregularity and discrimination, and thus, as Justice Potter Stewart put it, a “cruel and unusual” violation of the Eighth Amendment.

And what you have to understand about America, and about the state Chammah focuses on, Texas — which is to America what America is to the world — is that many interpreted this historic ruling not as an invitation to step back and reimagine the justice system but as an invitation to retool the death penalty to get those heartbeats stopping again. 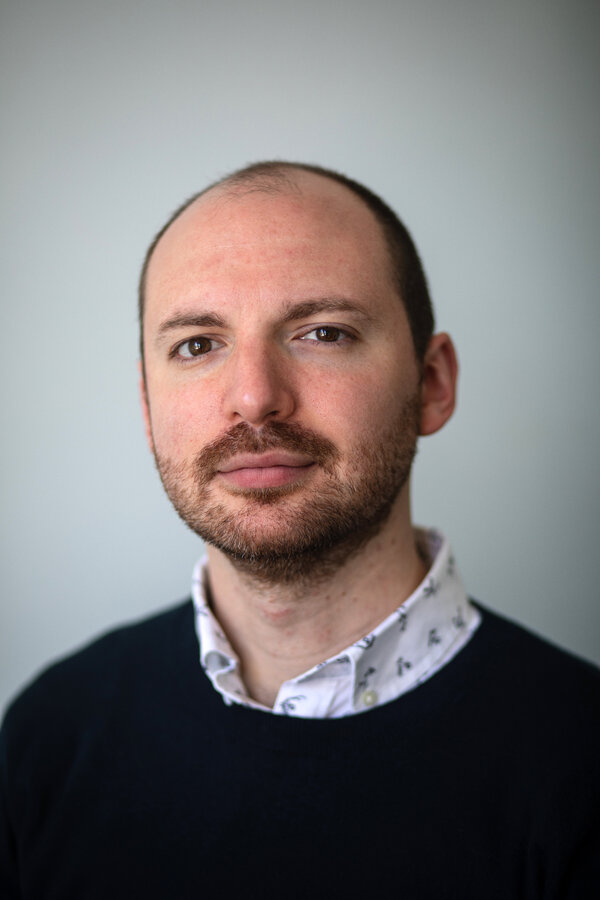 The ensuing rise and fall of “the death,” as some inmates are known to call it, is a national phenomenon, but Chammah homes in on Texas, because of what can be called its exceptionalism, as captured by the historian T. R. Fehrenbach: “its almost theatrical codes and courtesies, its incipient feudalism, its touchy independence and determined self-reliance, its — exaggerated as it seemed to more crowded cultures — individual self-importance and its tribal territoriality.”

For state legislators in Texas, the Furman ruling was a spur to get back to work. How could the death penalty be more carefully engineered and administered to get the bad guys dying again?

Texas eventually narrowed the type and number of crimes eligible for death and settled on a new way of handing down that penalty: instructing juries to ask themselves certain questions about the defendant and the crime, including whether they perceived a “probability” of future dangerousness and, later on, whether anything in the defendant’s past mitigated his or her deed, from mental ability to an abusive childhood.

If Chammah can be a dry writer, he is at his most enjoyable in unpacking the philosophical puzzles raised by the death penalty. He understands that the questions given to juries and judges in such cases are among the most profound that human beings can answer: “Can a person be ‘evil’? What does ‘justice’ mean?” he writes, before nicely phrase-checking Joan Didion: “If you look closely you’ll see the stories they are telling us about ourselves.”

“In the battle over future dangerousness,” Chammah writes later on, “each side confronts a logical conundrum. The prosecution needs to portray a defendant who has used his free will to get to a place where he committed a terrible crime but who is now beyond change for the better and will continue to hurt people. The defense, on the other hand, needs to portray a defendant who has been molded by the circumstances of his life to do something terrible but now has the ability to use his free will in order to choose not to do so again. Both sides need to downplay and amplify free will, only at different moments in their narratives.”

So the death has its Easter, rises back to life in this new, more structured form. And, as soon as the executions start rolling again, now mostly by lethal injection instead of the electric chair, a group of lawyers, activists and others resume the struggle to bring the number back down.

Yet the approach many of them take is not to chase a silver-bullet court ruling (though obviously that would be nice) so much as to pursue a multifarious, bottom-up process of inexorable erosion. Organizations like the NAACP Legal Defense Fund and the Texas Resource Center chip away at the death penalty. Every chunk of marble that falls to the ground, every particle of marble dust, is a step.

The chipping worked, in Texas and beyond. Chammah reports: “In 1994, Texas juries sent 43 people to death row. After 2014, that number never rose beyond 10, and in 2015 it dropped to two. In 2019, death rows around the country reached their smallest total population since 1992.” The death lives on, but it is not well (despite the recent spate of executions by the Trump administration).

Chammah intersperses this history with the stories of people who shaped and resisted these changes. We meet Craig Washington, a crusading Texas lawmaker who works to help his colleagues see that “the true history of the death penalty in his country, and his state, lay not in Revolutionary-era hangings, nor in a gauzy vision of the frontier, but in the horrors of Southern lynching” — and who ends up becoming a frustrated member of Congress, accused of corruption. We meet Elsa Alcala, orphaned as a girl, who rises through the ranks of the Texas justice system, first as a Republican prosecutor who ambivalently seeks and gets the death penalty, then as a judge who presides over a system she increasingly regards as unjust. We meet Danalynn Recer, a scrappy investigator turned lawyer who practices what she calls “bakesale justice,” chiseling away at an edifice of injustice with little but her own energy and righteousness, and succeeds.

Along the way, we learn frightening and funny and astonishing things about the justice system, and the death in particular. A warden presiding over an execution is using a cane, apparently because he was in a car accident that killed a person and he was facing drunken-driving charges — a paltry misdemeanor compared with the felony murder punishment he’s supervising. We learn that lawyers call death row inmates who kill themselves or stop appealing their executions “volunteers.” That the amount of sodium pentothal used in Texas’ lethal injections was — at least for a while — far more than needed because an official didn’t want to fill out paperwork explaining the wastage of part of a vial. That many inmates are afraid of false rumors of butt plugs on the gurney. That in small, sparsely peopled counties in Texas, officials sometimes have to raise taxes to pay for a death penalty trial. That Dallas prosecutors were told to avoid jurors with “physical afflictions” because of their tendency to sympathize with the accused. That one Texas district attorney rewarded a prosecutor who had landed a death sentence with a novelty pen resembling a syringe. That the Ellis Unit, which used to house death row in Texas, greeted visitors with a perplexing acronymic sign: “Everyone lives longer if safety is first.”

Throughout the book, such details stand out — and compensate for the fact that Chammah’s writing can be workmanlike and staid. At times, there are almost too many lines of fact to keep track of — too many minor characters whose names we must recall, too many sad death cases to keep straight. Sometimes you long for a through-line.

Then it hit me. The book’s form and its limitations underscore its barely explicit but unmistakable thesis: that change doesn’t happen because of singular heroes; that it isn’t elegant or linear; that it comes through the planting of many seeds, only a small number of which will sprout; that you never know precisely where you are in the process. In a way, the book is a tribute to legwork.

It also illustrates how change is sometimes made possible not by raising the stakes and notoriety of an issue but rather by pulling the poppy down so it doesn’t get mowed. Pick your issue: Medicare for all, immigration, a wealth tax. These days, once the national gaze falls on an issue, that issue is already polarized. The camps are sorted and no one will budge an inch.

While the death penalty has never disappeared from national or local discussion, “Let the Lord Sort Them” portrays opponents who realized that a spotlight doesn’t always help.

And it shows how setting the death penalty on a path to extinction was achieved by a strange, haphazard coming together — of true believers like Recer; of prophetic if unheeded leaders like Washington; of system insiders like Alcala, who grappled with moral questions and changed their minds; of Republican officials like George Ryan, the former governor of Illinois, who supported capital punishment but was open to evidence that it was not foolproof; and of conservative columnists and Tea Party activists who found right-wing arguments about governmental costs and overreach to achieve a traditionally liberal result.

Chammah is here to remind us that in our lifetimes a sea change has happened. It’s not over yet. But it’s a triumph all the same. And if you’re one of those people who despair that nothing changes, and dream that something can, this is a story of how it does.