A HANDFUL OF HEROES: RORKE’S DRIFT – FACTS, MYTHS AND LEGENDS

While the 1964 film Zulu, with Michael Caine and Stanley Baker, may not rate as the all-time greatest with the critics, for many of us it’s a reliable old classic that we can watch again and again.

But how much is accurate, and does it really capture the spirit of that famous and dreadful day at Rorke’s Drift, Natal Province, on January 22, 1879?

There have been many books about that small but unforgettable battle between a tiny British regiment and several thousand Zulu warriors. Nevertheless, author Katie Stossel gives us a fresh view, along with some previously overlooked bit-part players. 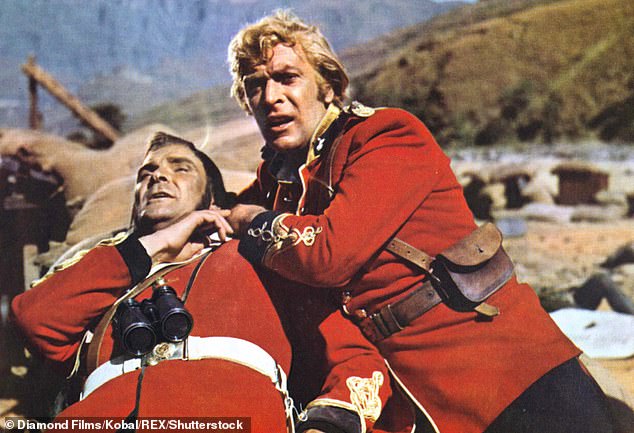 Katie Stossel has penned a new history book giving a fresh view of the Anglo-Zulu war. Pictured: Stanley Baker and Michael Caine in the 1964 film Zulu

The essentials are clearly stated: the Zulus, a proud warrior tribe just over the border from South Africa, were seen as a looming threat by the British High Commissioner to South Africa, Sir Bartle Frere.

Alarmed by their rising power, Frere wanted the tribe disarmed and incorporated into South Africa.

Their King Cetshwayo refused, and when a few Zulus crossed into Natal and beat to death two runaway women for adultery — ‘their skulls smashed with knobkerries in accordance with established Zulu tradition’ — Frere had his casus belli. Five thousand British troops marched confidently into Zululand.

And so began the Anglo-Zulu war. When, days later, 1,300 British soldiers were famously slaughtered at Isandlwana, a triumphant army of Zulu warriors marched back across the border into British territory and descended on the small mission station of Rorke’s Drift, defended by some 150 men. The Zulus numbered about 4,500.

The defenders of the little station, firing their beefy .452 Martini-Henry rifles and thrusting with their bayonets from behind their biscuit boxes and mealie bags, fought tenaciously. The fighting was so desperate that, at times, the Zulu attackers could grab the very barrels of the soldiers’ rifles poking through holes in the walls of the hospital building.

Contrary to the film’s depiction of murderously effective waves of volley fire, says Stossel, it seems the bayonets did most of the grim work, since surprisingly few cartridge cases have been found at the site.

Finally, after a day and a night of fighting and terrible losses, the Zulus pulled back disheartened. And when a British relief column appeared they fled in terror, having thought that British forces had been wiped out at Isandlwana and that these were ghost soldiers. Behind them lay just 17 British dead, and some 600 Zulus.

Oddly, for a battle in which the beleaguered force was outnumbered 40 to one but killed 20 attackers for every defender that died, some in the Army High Command opposed awarding VCs. 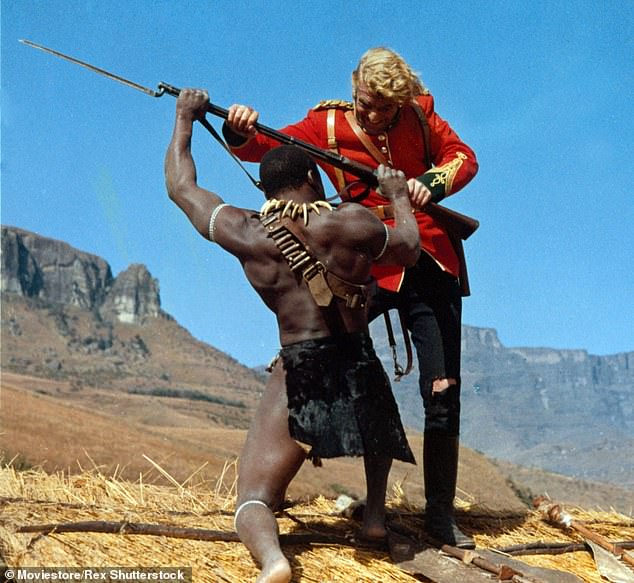 Katie Stossel claims the soldiers were a rough lot and paid a shilling a day when beer was a penny ha’penny a pint. Pictured: 1964 film Zulu

The Victoria Cross denotes ‘extreme devotion to duty’ or even ‘self-sacrifice’; the soldiers were simply there doing their job, and could not escape — they were ‘rats in a trap’, as one British General put it, and they fought as they had to.

But thanks to a combination of public adulation and the support of an admiring Queen Victoria, 11 VCs were awarded, along with four Distinguished Conduct medals.

For all the heroism displayed that day, Stossel shows that the soldiers were a rough lot, their archetypal squaddie humour unmistakable.

They referred to their grim rations of tinned meat as ‘Harriet Lane’, after a Whitechapel girl who had recently been murdered and, literally, chopped into small pieces.

But they weren’t treated royally themselves, paid a shilling a day when beer was a penny ha’penny a pint: their daily wage was about £40 in modern purchasing power. 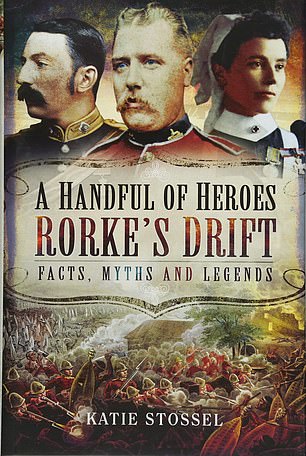 There is new material regarding Sister Janet Wells, an extremely pretty nurse of only 19, who came out after the battle to care for the wounded soldiers and clearly cheered them up no end. A brisk, sensible girl, she quickly had the soldiers boiling up their water before drinking, and washing their underwear and shirts a little more often. Stomach bugs promptly subsided.

She also instructed the men suffering from athlete’s foot to pee in their boots every night. The urea would kill the fungus. ‘To the soldiers it was a miraculous cure.’

Private William Jones VC ended up re-enacting the battle on stage for a living, working for ‘Buffalo Bill’s Wild West Show’ in the 1880s. Poverty later forced him to pawn his VC. Private Robert Jones took to drink and shot himself in 1898.

Henry Hook — wrongly depicted in the film as a drunk and a coward — became a cloakroom attendant at the British Museum. And as Stossel shows, the film certainly has its inaccuracies.

Most famously, the soldiers were not in fact from the South Wales Borderers, and the magnificent scene where they sing ‘Men of Harlech’ is creative licence. But Welsh pride need not be too dented: there still were plenty of Welshmen in the ranks — Jones and Parry and Williams — as well as men from Lancashire, the Midlands and London. They were a very mixed bunch.

And it remains a classic war film for its abiding sense, so well captured in the Duke of Wellington’s famous words: ‘Next to a lost battle, nothing is so sad as a battle that has been won’.

And how can you not love a film which had the mighty King Cetshwayo himself played by his own great-grandson, Mangosuthu Buthelezi?

Today that once embattled and blood-soaked storehouse where they fought so doggedly back in 1879 has been converted into a simple church for the local Zulu people.