Why was Norman Mailer, a brutish sexist thug, adored by women?

Norman Mailer, revered as a writer of genius, stabbed one of his six wives and thought females intellectually inferior. So why did women adore him?

Book of the Week

Norman Mailer couldn’t even walk the dog without starting a fight. One night in 1956, the Pulitzer-winning New York novelist came home bloodied and bruised after getting into a brawl with a pair of sailors who apparently disparaged one of his pet poodles as ‘queer’.

No greater insult for the self-styled macho man, famously pictured in 1977 with his last wife, Norris Church (an old flame of Bill Clinton), draped over him with bare shoulders and plunging cleavage as he reclined at his typewriter, hairy chest on show, drink by his side. 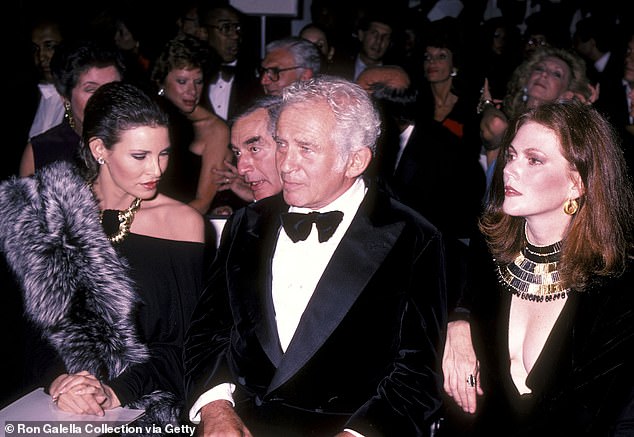 Born in New Jersey in 1923, Mailer’s debut novel The Naked And The Dead — a 700-page epic of a beleaguered American platoon in the Pacific during World War II — was published when he was just 25

Born in New Jersey in 1923, his debut novel The Naked And The Dead — a 700-page epic of a beleaguered American platoon in the Pacific during World War II, drawn from his own experience — was published when he was just 25.

For Mailer, the writing life was never one of solitary contemplation. On the set of his 1970 movie Maidstone, about a presidential candidate lined up for assassination (played by the author himself), he bit the ear of his castmate Rip Torn, who had just brained him with a toy claw hammer. Onlooking cast members wondered if the fracas was part of the movie, which was largely improvised.

In 1960, in a mark of his desire to be ‘hip’, not ‘square’ (as expressed in his bizarrely racialised essay The White Negro), he threw a riotous party bringing ‘recently released offenders’ together with the great and the good of the New York book world. In the aftermath he stabbed his second wife, the painter Adele Morales, missing her heart by a quarter of an inch.

He was running for mayor of New York at the time, dropping out of the race only after he pleaded guilty to a charge of assault, for which he received a three-year suspended jail sentence.

Morales, who eventually wrote about the attack in her memoir The Last Party, didn’t press charges, declaring that she and Mailer were ‘perfectly happy together’; they divorced the following year, when Mailer had already taken up with the third of his eventual six wives. 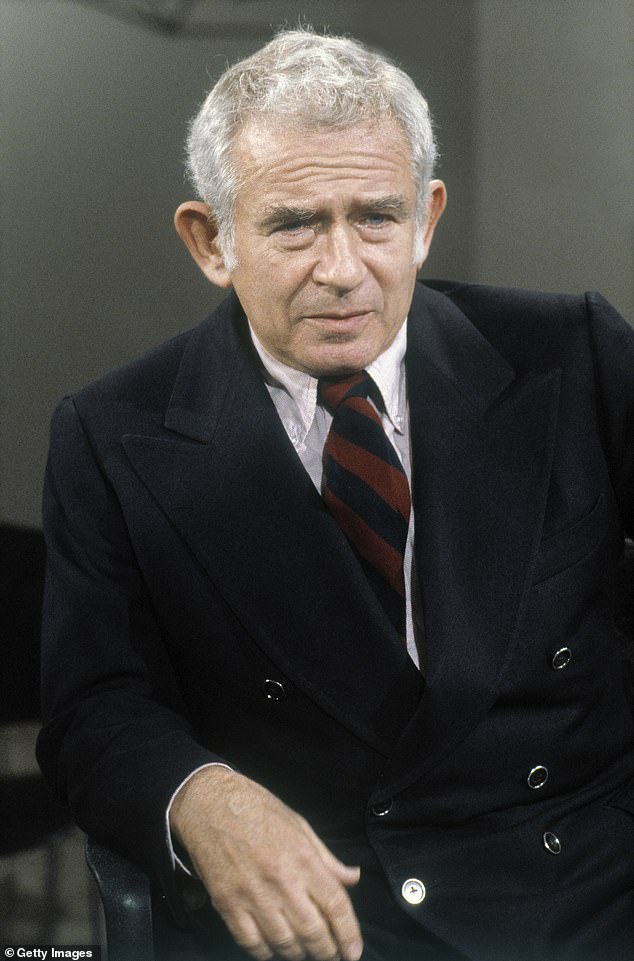 His last book, The Castle In The Forest, about Hitler, published in 2007, the year Mailer died, won an award for Bad Sex in Fiction

Cancelled? Not a bit of it. After the success of The Naked And The Dead, ecstatically compared on its release to Tolstoy’s War And Peace, publishers were still eager to hand over eye-watering sums of cash for his work, feeding his spiralling alimony payments.

Running on bourbon and benzedrine, Mailer wrote about anything and everything, from ancient Egypt to the moon landings, Muhammad Ali to Marilyn Monroe, in thundering oratorical style and often at crazy length, as in Harlot’s Ghost, a 1,300-page novel about the CIA.

When an American magazine drubbed his 1997 novel about Jesus, The Gospel According To The Son, Mailer punched the editor in the face.

Another review from the writer Gore Vidal, a long-time frenemy whom Mailer had previously headbutted, brought the same response. (‘Once again, words fail you,’ Vidal apparently replied. Kapow!)

His last book, The Castle In The Forest, about Hitler, published in 2007, the year Mailer died, won an award for Bad Sex in Fiction.

Yet there was also wild acclaim, not least for his Pulitzer-winning ‘non-fiction novel’ The Executioner’s Song, about Gary Gilmore, an armed robber sentenced to death for murdering two men in Utah in 1976.

Mailer’s research for the book brought him into the orbit of Jack Abbott, who had read about the work in progress while jailed for manslaughter.

When he wrote to Mailer offering his insights into prison life, Mailer helped him publish the letters as a successful book, In The Belly Of The Beast.

Abbott’s literary skill represented grounds for his early release, or so Mailer argued — but six weeks into his parole, he stabbed a Cuban waiter to death after an argument in a restaurant.

Mailer stuck by him. ‘I am willing to gamble with certain elements of society to save this man’s talent,’ he said, demonstrating his deeply unhealthy logic.

When he wasn’t downright disturbing, Mailer (who called women ‘sloppy beasts’ to be ‘kept in cages’) was laughable, claiming in 1971’s The Prisoner Of Sex that menstruating women drivers were twice as likely as men to have accidents.

Nevertheless the feminist campaigner Gloria Steinem initially backed him for mayor of New York when he ran a second time in 1969.

‘He wasn’t hostile like the ultra-right-wing anti-feminists — he just didn’t get it,’ she later explained.

Mailer’s tortured imagination coupled envious desire for what he viewed as women’s inherent sexual ease (also a feature of his equally unreadable thoughts on black men) with a reflexively pejorative assessment of their intellectual capacity. Steinem later said: ‘I always thought The Prisoner Of Sex was a good title. He was a prisoner of sex.’

She even went to bed with him ‘to get him to leave her alone’, finding him ‘so vulnerable, in a weird way’, although he had apparently drunk too much to get an erection.

Richard Bradford, an academic with biographies of Philip Larkin and Kingsley Amis to his name, passes over that little detail.

He rightly condemns Mailer but never explains why anyone in the year 2023 would spend a minute reading (let alone writing) about a man he portrays almost exclusively as a narcissistic thug.

True, his writing is frequently vile. Yet today’s novelists — if they’re not too busy arguing with each other on Twitter — might be forgiven a green-eyed glance at an era when an uncompromisingly literary author could be central to the culture.

I suspect the sheer scope and scale of his novels means they will get another day in the sun before long.

But not a nice guy, no — nor, deep down, a tough one, you suspect. Even if I wouldn’t have told him to his face.