Writer revisits the grubby and the gritty

Down and Out in Paradise: East. West. Sex. Death.

The Luke Williams style of immersive journalism is so brutally rigorous that had he sent himself on assignment to Siberia, he would probably have become a dancing bear. As it is, on a visit to Pattaya to shine a light on sex tourism, he winds up tied to a chair in a hotel room, fulfilling the fantasy of a man who’d spotted him at Cupid Boy Doll Bar. For his scripted role in playing a robber, no nudity, Williams is paid 2000 baht.

But Williams is not testing his mettle for a social experiment in the style of Luke Rhinehart (Dice Man) or George Plimpton (Out of My League et al). It’s more that trouble follows him as faithfully as though he’s packed it alongside his socks. 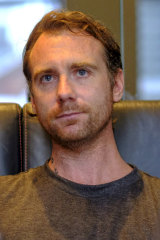 He has form. In his article on the Gatwick Hotel for the The Age in 2015, he wound up injecting ice with the residents. And in his previous book, The Ice Age, he moved in with a dealer to research addiction, and – as the blurb puts it – ‘‘accidentally became addicted to it himself’’.

Now he’s swapped hard drugs for sex and violence, fast becoming the alcohol-fuelled, aggro Aussie that he’s set out to observe. He files the odd article along the way, but mainly steals to survive, eventually getting forcibly locked inside a 7-Eleven in Bangkok after chancing his luck with their confectionery shelves once too often.

Between assignments, he idly considers his behaviour and provides potted histories of the destinations he visits. He picks up Westerner floaters to interview: a psychic in Ubud, a pastor in Jakarta, a guru in Rishikesh, and American Vietnam War veterans in Angeles. 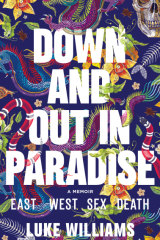 Down and Out in Paradise by Luke Williams.Credit:

And yet he can’t stop tickling the underbelly. There are explosions of fists – both directed at him and dished out by him – and he falls in love frequently with much younger Asian men, establishing precarious relationships on the fruits of a freelancer’s salary. Perhaps working on the premise that anything purged can no longer poison, he details his history of domestic violence and emotional blackmail. Then again, he’s not the most reliable narrator, as evidenced by his slips into madness, such as the time he’s convinced he skinned his own face and served it in soup.

Williams’ tenuous grip on his sanity is a key theme. Running dangerously low on antidepressants, he chases the thread of mental illness in the men of his family, in particular scouring the records of his grandfather, who wound up catatonic after serving in New Guinea and decades later killed himself in the family garage. Fuelled by his own self-loathing, for a while he pursues the idea of ‘‘gay cure exercises’’ before concluding he is doing a service to humanity by not reproducing.

Despite this, there’s beauty to be found in even his loneliest moments: ‘‘My ferry to Gili T rolled across the Listerine-blue water like a lawnmower. I sat alone. Queasy. Seasick. In silence, two white-freckled arms across my chest; two white empty seats either side of me. An island on the way to an island,’’ he writes.

There’s one further pattern to the cycle of Williams’ books – each publication is marked by a contrite-ish column pledging to live more wholesomely from henceforth. After the publication of The Ice Age he wrote for news.com.au: “It’s now been two years since I last used drugs. Today I travel low-budget Asian countries endlessly and all I do is live and live and live because you never know when life might end.”

Puritanically out of character, they almost serve as ‘‘or will I?’’ cliffhangers for what’s next to come.