Gender is a social construct, but even so, coming out as gender non-conforming can sometimes be challenging — especially if you do so in the public eye. Non-binary celebrities often serve as an inspiration for GNC fans, and it can be easy to forget those celebs weren’t always out and proud. Though many non-binary actors, musicians, and other public figures work tireless to create more visibility for their communities, that doesn’t mean they’ve always felt confident in their own skin. Quotes about coming out from non-binary celebrities prove just how tricky, trying, and oh-so-triumphant it can be to own your gender identity.

Having an identity that’s under-represented in mainstream media and popular culture can be a huge responsibility, but it’s one many non-binary celebs take in stride. These proud public figures don’t just attempt to educate cis people — they also strive to provide hope to other GNC folks simply by living their best lives. They don’t have all the answers, and they know that. All they can do is be their most authentic selves, and IMO, they do it well. If you’re a member of the GNC community, then you’ll likely find these coming-out quotes from non-binary celebrities both inspirational and totally relatable. 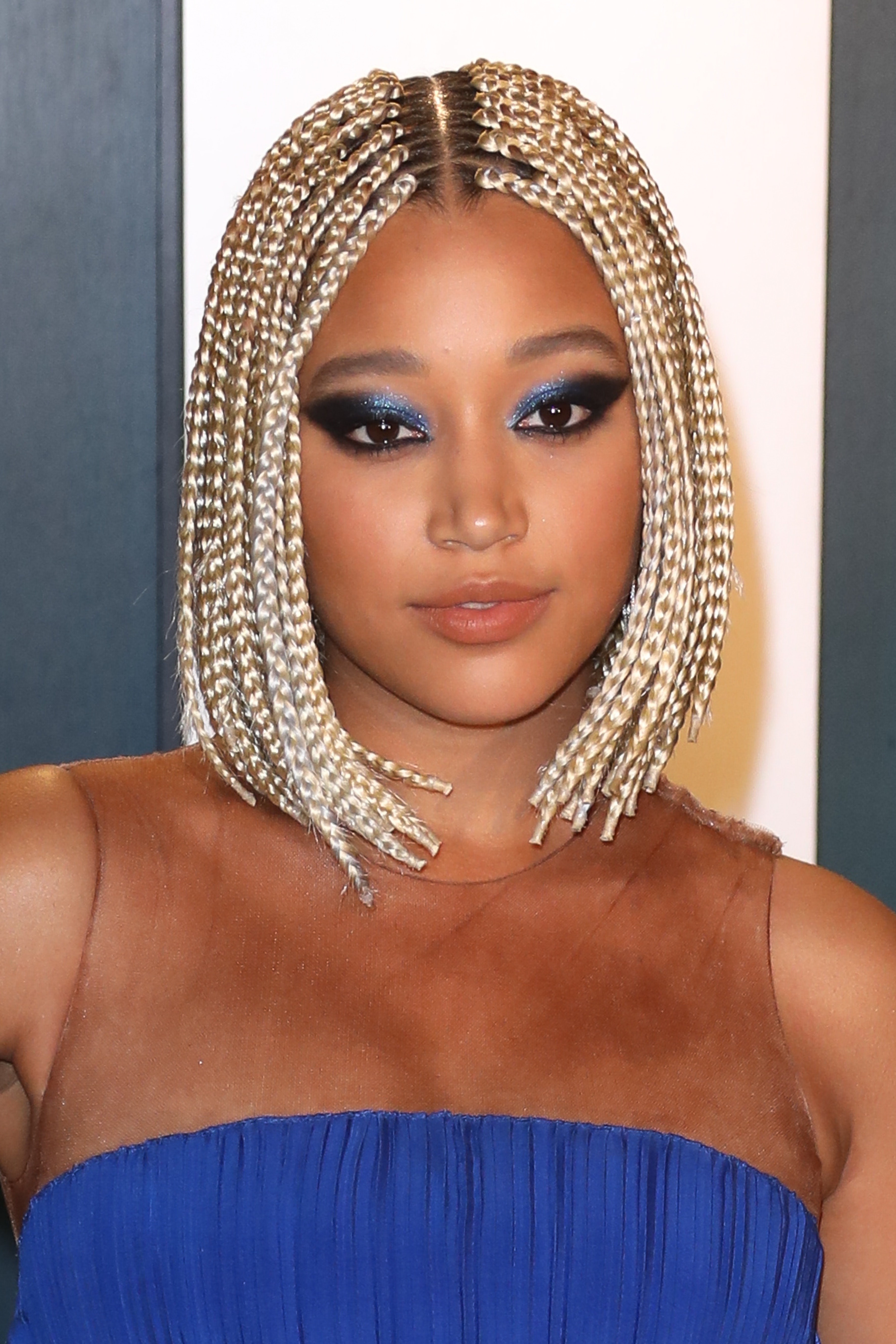 A year after confirming their pronouns are they/them in a Tumblr post, actor Amandla Stenberg spoke about their coming-out journey during an April 2017 interview with People. By coming out, Stenberg said they hope to "show people who follow what I’m doing that you don’t really have to conform to those constructs in order to be valid or be worth something." They added, "It’s been such a blessing to watch people who care about what I have to say feel more comfortable in their identities because they see I’m out here doing my thing." 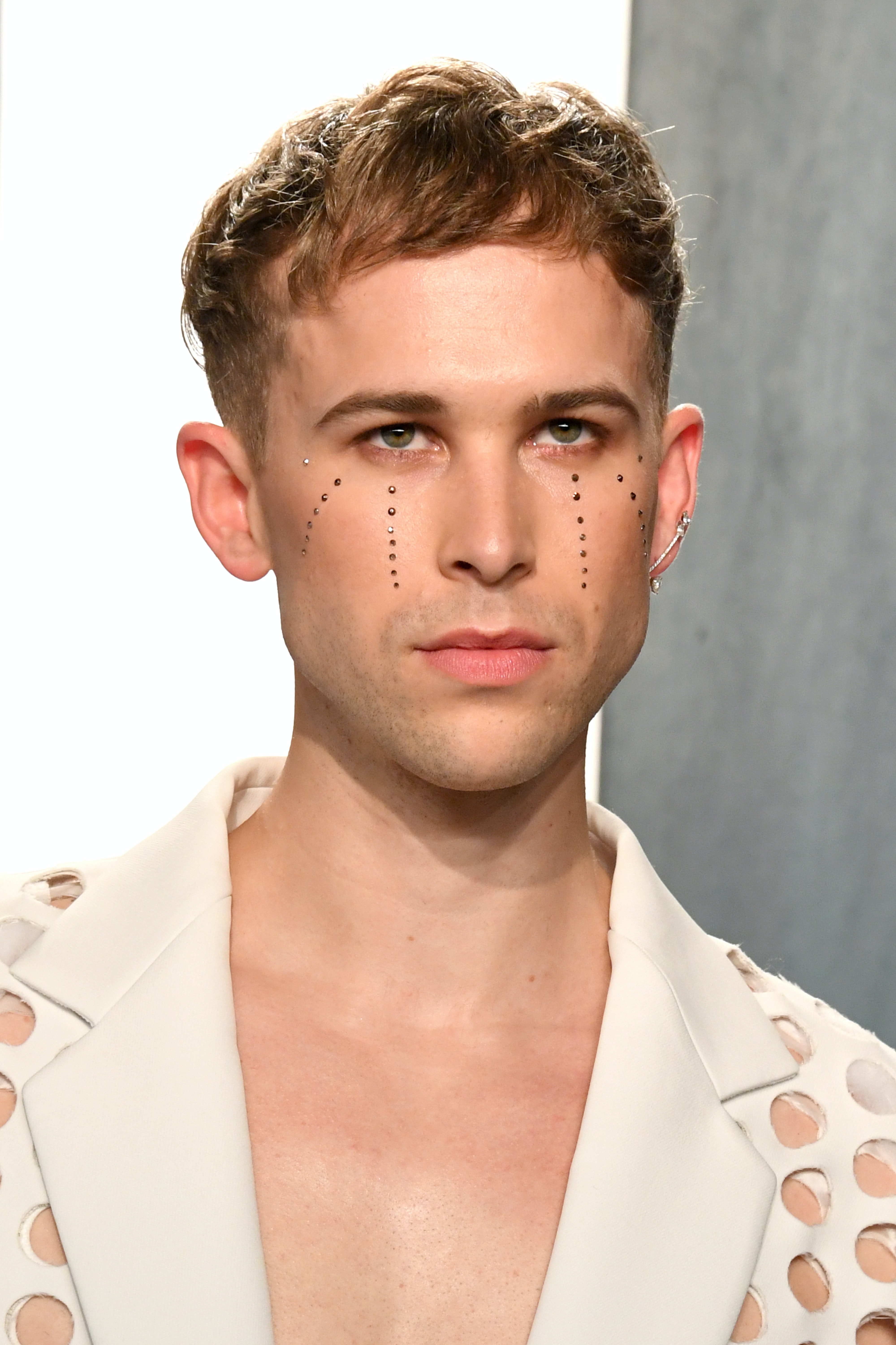 13 Reasons Why actor Tommy Dorfman spoke about their coming-out journey for the first time during a November 2017 interview with Refinery29. "I decided that if I was going to be in the public eye, I was going to be unequivocally myself. If anything, I was going to be a little bit more," they said, later adding, "There was a part of me that was like, ‘Whatever. Someone’s going to see these pictures and feel better about themselves and feel OK, like maybe they can try this and dress the way they identify. Or, even better: There’s a little queer actor out there who can see me and think there’s a place for them in this world.’" 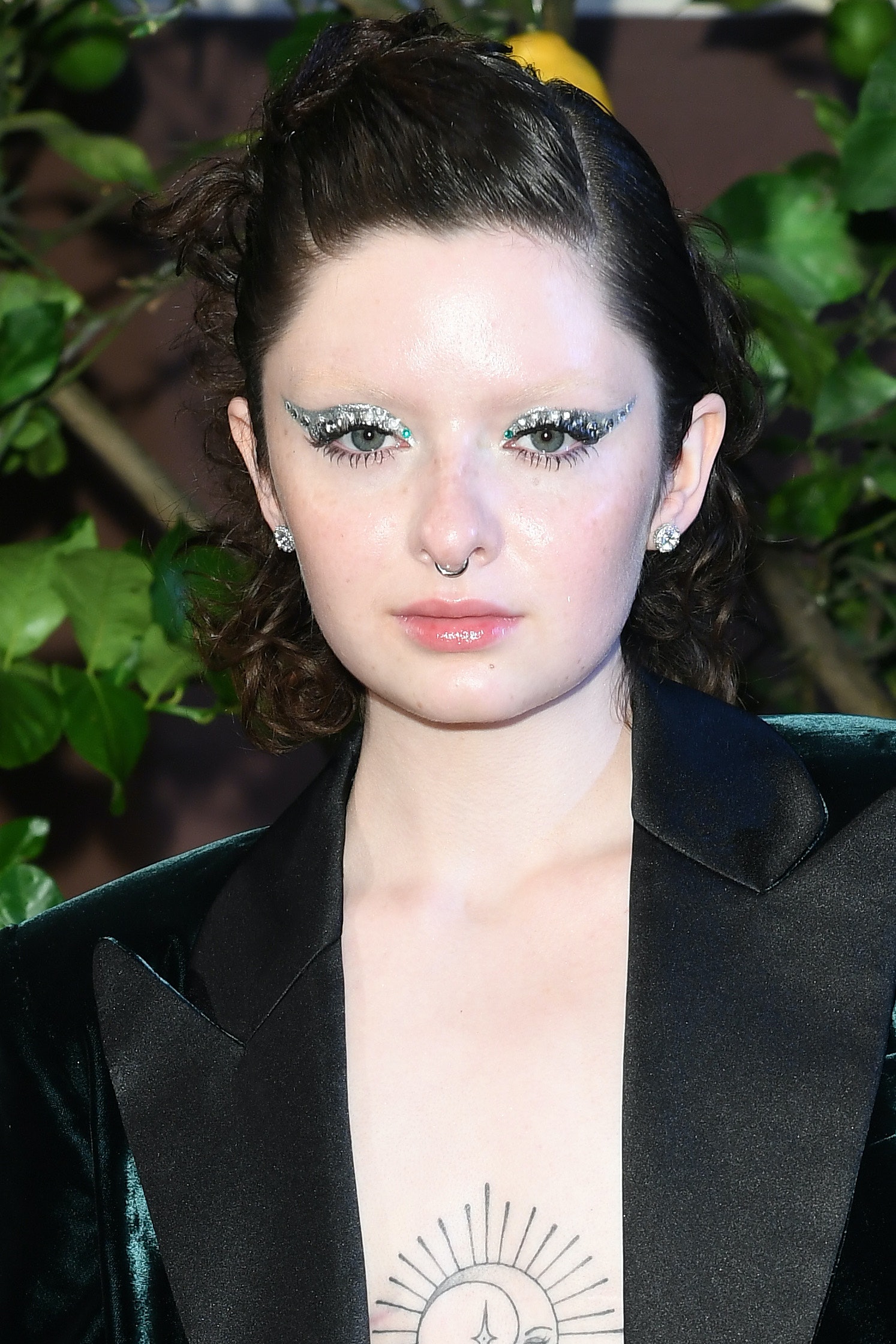 Chilling Adventures of Sabrina actor Lachlan Watson previously came out as a lesbian, then a transgender man, and they currently identify as gender non-binary. For Watson, finding genderqueer activist Jacob Tobia’s work made all the difference. "Seeing someone else being openly gender-free and being comfortable with that and being articulate about that and being proudly that was huge," they explained to MTV during a December 2018 interview, later adding, "I’ve found it a really beautiful thing to just not limit myself as much as I used to." 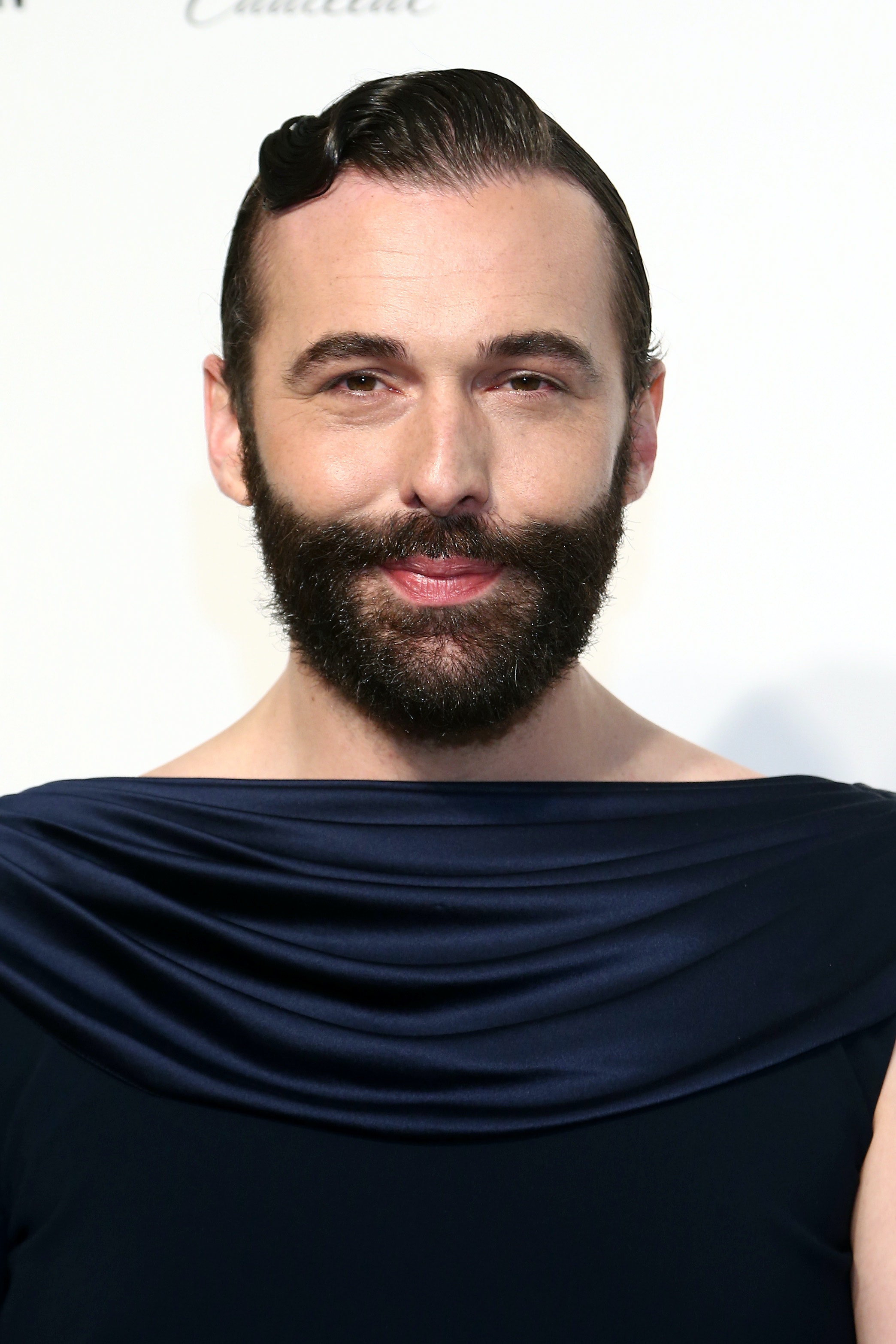 During a June 2019 interview with Out, Queer Eye‘s Jonathan Van Ness publicly came out as non-binary and said he uses he/him pronouns. "I didn’t think I was allowed to be non-conforming or genderqueer or non-binary — I was just always like ‘a gay man’ because that’s just the label I thought I had to be," he said, adding, "I’m just being who I wanna be." 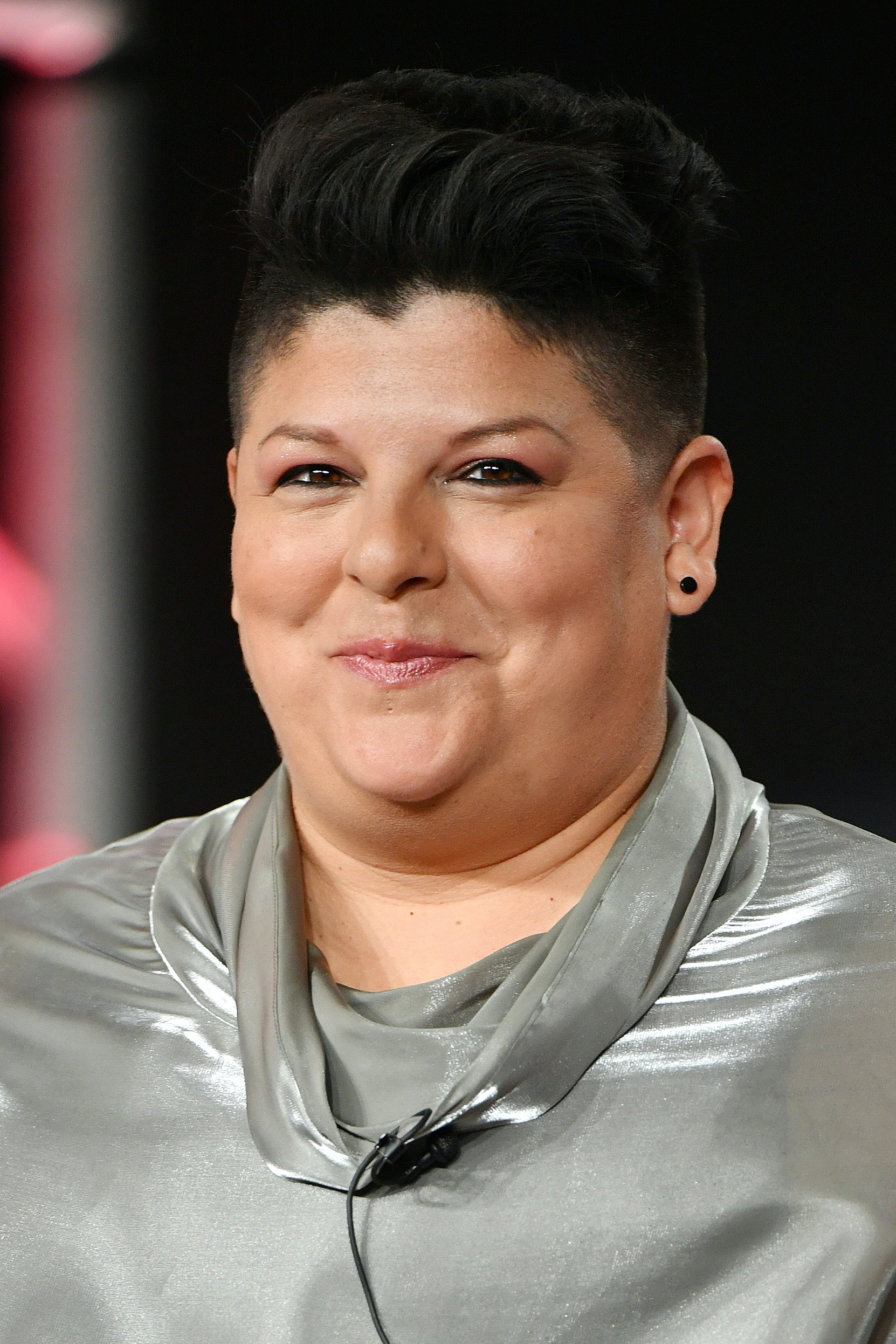 Best known for their roles in Vida and East Los High, Latinx actor Ser Anzoategui admitted it took a while for them to feel like a member of the queer community. "I grew up thinking queerness wasn’t meant for brown kids," they wrote in June 2019 op-ed for the Los Angeles Times. Eventually, Anzoategui came out as non-binary and found their place. As they told Latinx Now! in June 2020, "I really had my experience and knew this feels good, and it not just ‘feels good’ — it aligns. I am free. I am flowing through my day-to-day, and I feel this vibration, this energy that I haven’t felt before. That’s when I was like yes, I am definitely, definitely queer." 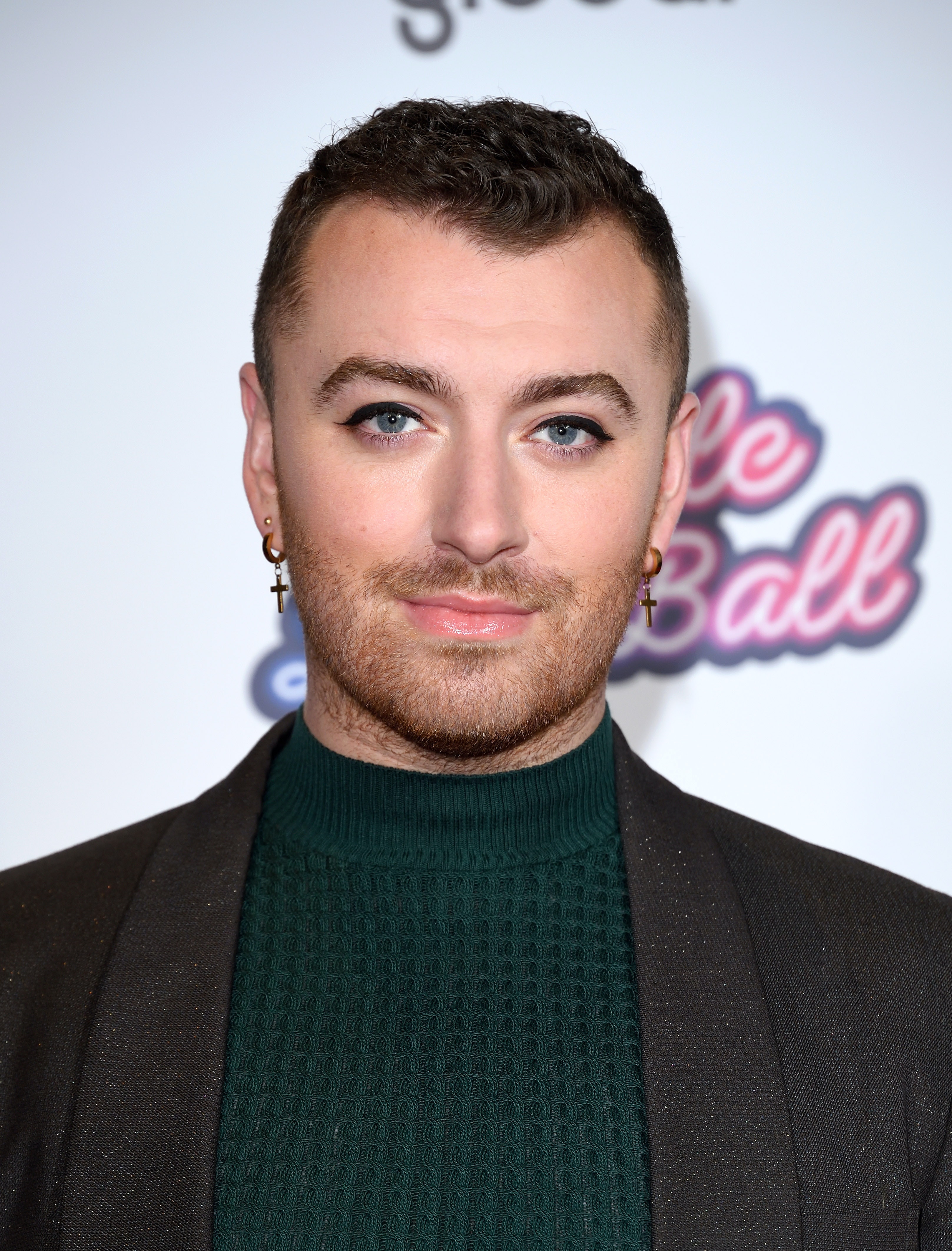 Singer Sam Smith first came out as non-binary during a March 2019 interview with actor Jameela Jamil for Jamil’s Instagram show, I Weigh Interviews. "When I saw the words ‘non-binary’ and ‘genderqueer’ and I read into it and I heard these people speaking, I thought f*ck — that is me," Smith said. When asked by Jamil what those words meant to them, they explained, "[They] mean to me that you do not identify in a gender. You are just you. You are a mixture of all different things. You are your own special creation." In September 2019, Smith announced their pronouns are now they/them. 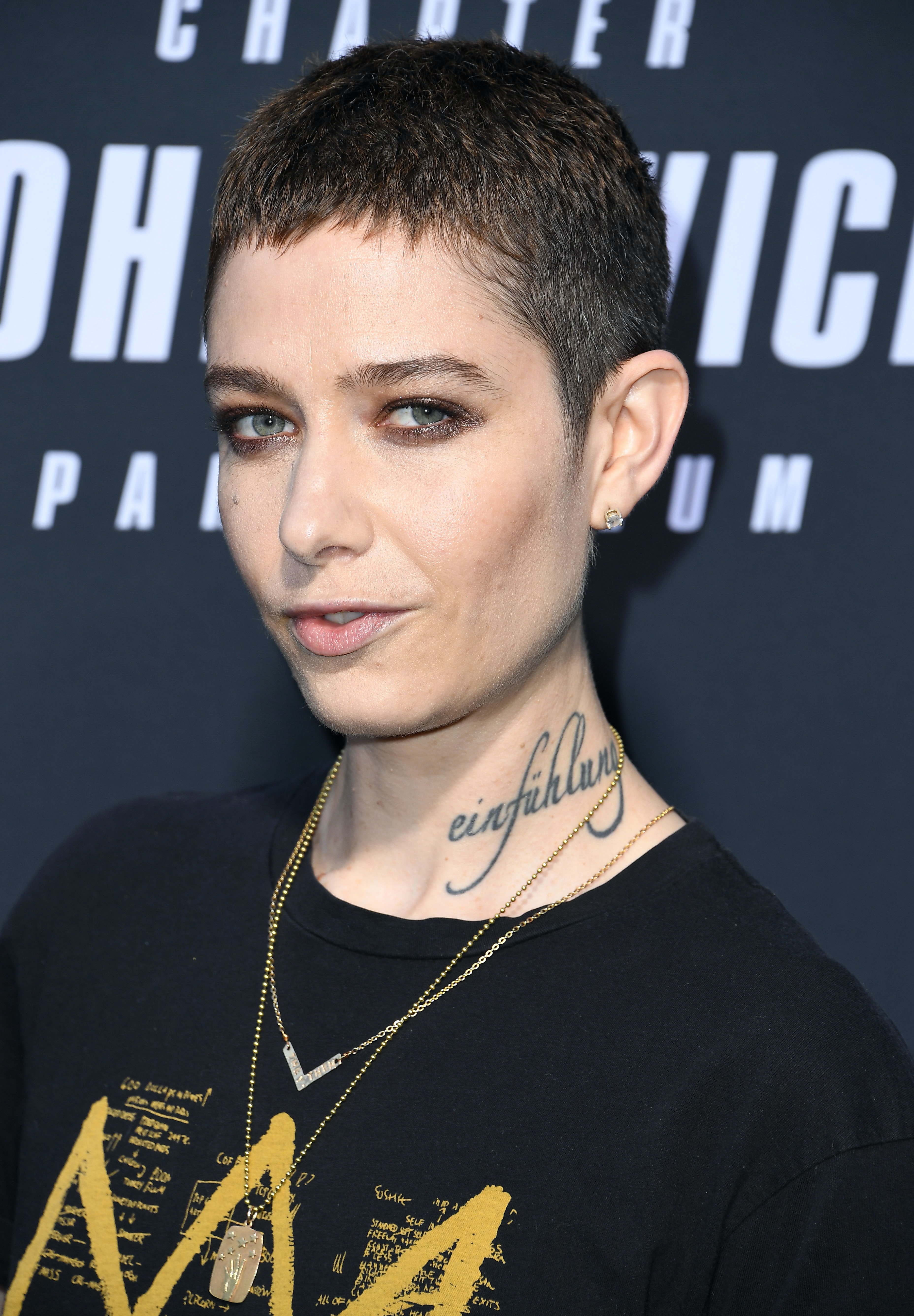 Asia Kate Dillon first discovered they were non-binary after getting cast as Taylor Mason on Billions — the first non-binary role on American series television. "When I got to the script for Billions and the character breakdown for Taylor Mason, the character that I play, said female and non-binary, a little light bulb went off in my head," Dillon explained to ABC News in January 2018. "…I did a little bit of research and discovered that female is an assigned sex and non-binary is in reference to gender identity and those are two different things. It finally helped me put language to a feeling that I’d had my entire life." 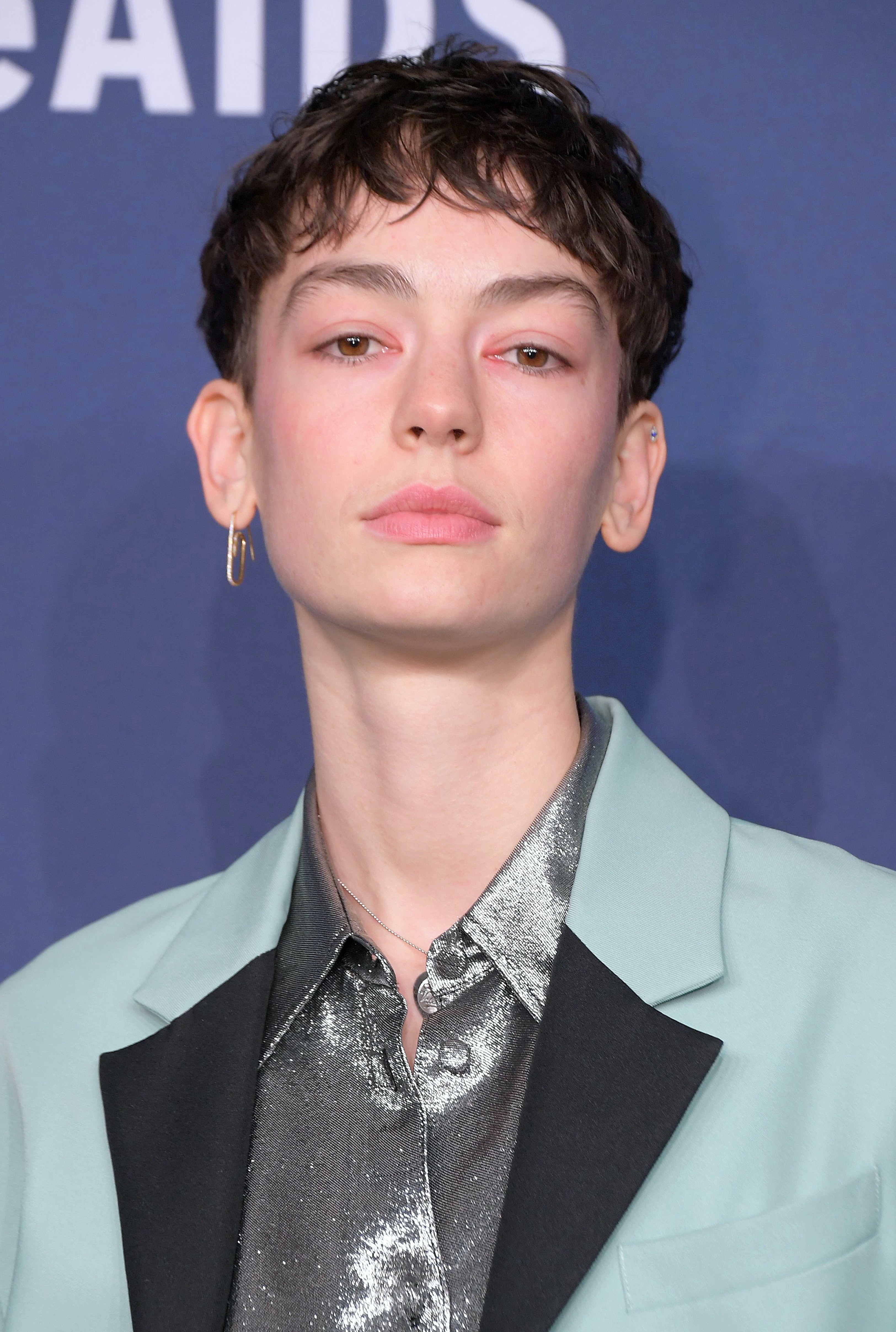 Atypical actor Brigette Lundy-Paine first told fans they were non-binary in a November 2019 IG post. "I’m non-binary, always felt a lil bit boy, lil bit girl, lil bit neither," they wrote in the post’s caption. "using they/them as of late n it feels right. scary af to come out n been rly putting this off. But I feel I owe it to myself and to all of us who struggle w gender."

During an interview with the Advocate a month later, Lundy-Paine explained about what motivated them to publicly come out. "Coming out online was something that I only did because I get messages from kids all the time who are non-binary and who are struggling with gender and who I believe deserve fully to be recognized as whole," they said. "In turn, they can help me feel whole. Trust me, the kids that reach out to me only confirm who I know I am. And the larger that community can become, I think, is just beautiful." 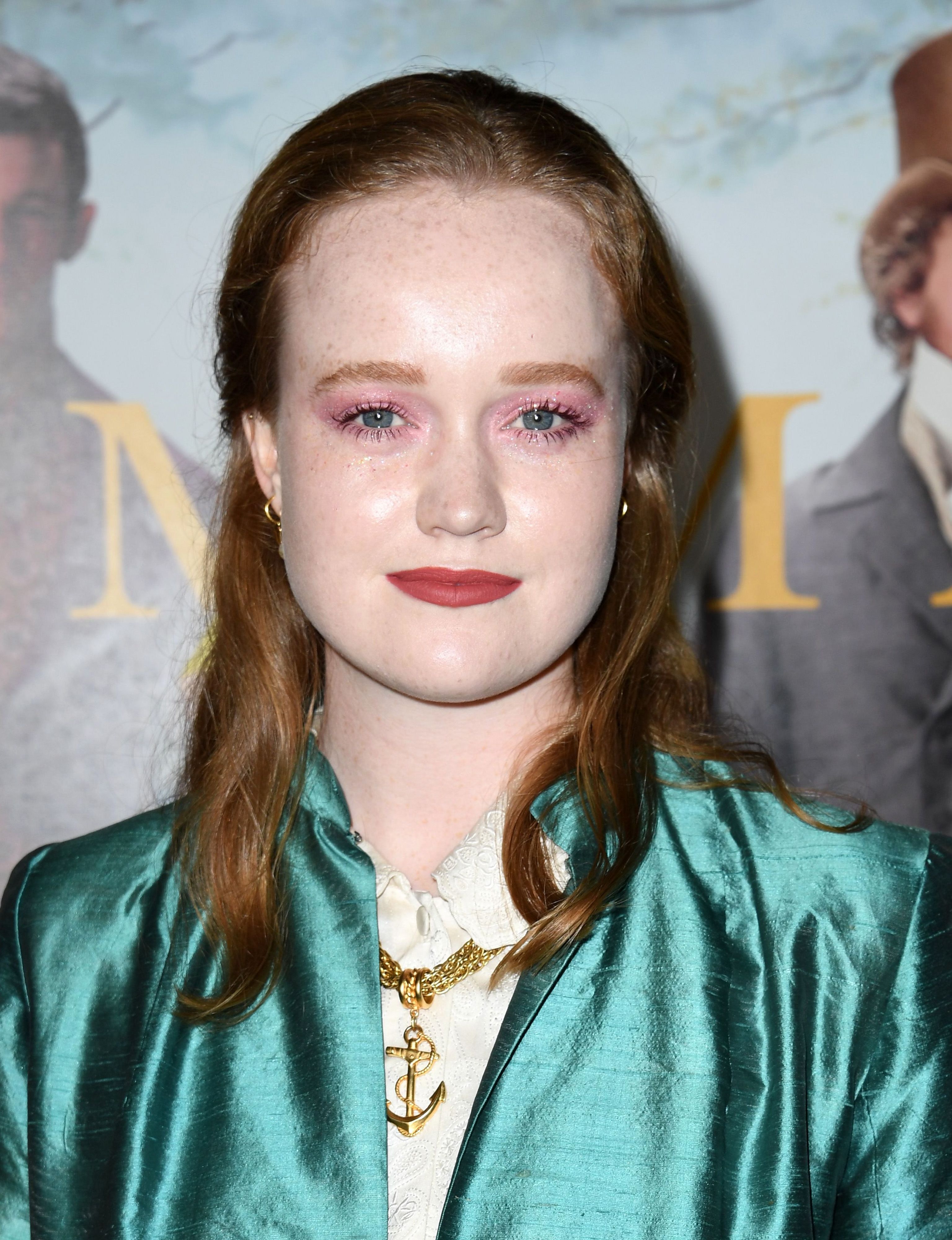 Best known for playing Abby Hammond in Santa Clarita Diet, Australian actor Liv Hewson always knew they didn’t fit the gender role they’d been assigned at birth. After years of experiencing gender dysphoria, discovering the term ‘non-binary’ online was a lightbulb moment for Hewson. "…it was like someone punched me in the face," they explained during a May 2018 interview with A Beautiful Perspective. "There was just this massive sensation of, ‘Oh! Oh, OK. That’s what’s been happening.’ It was a massive, massive relief." 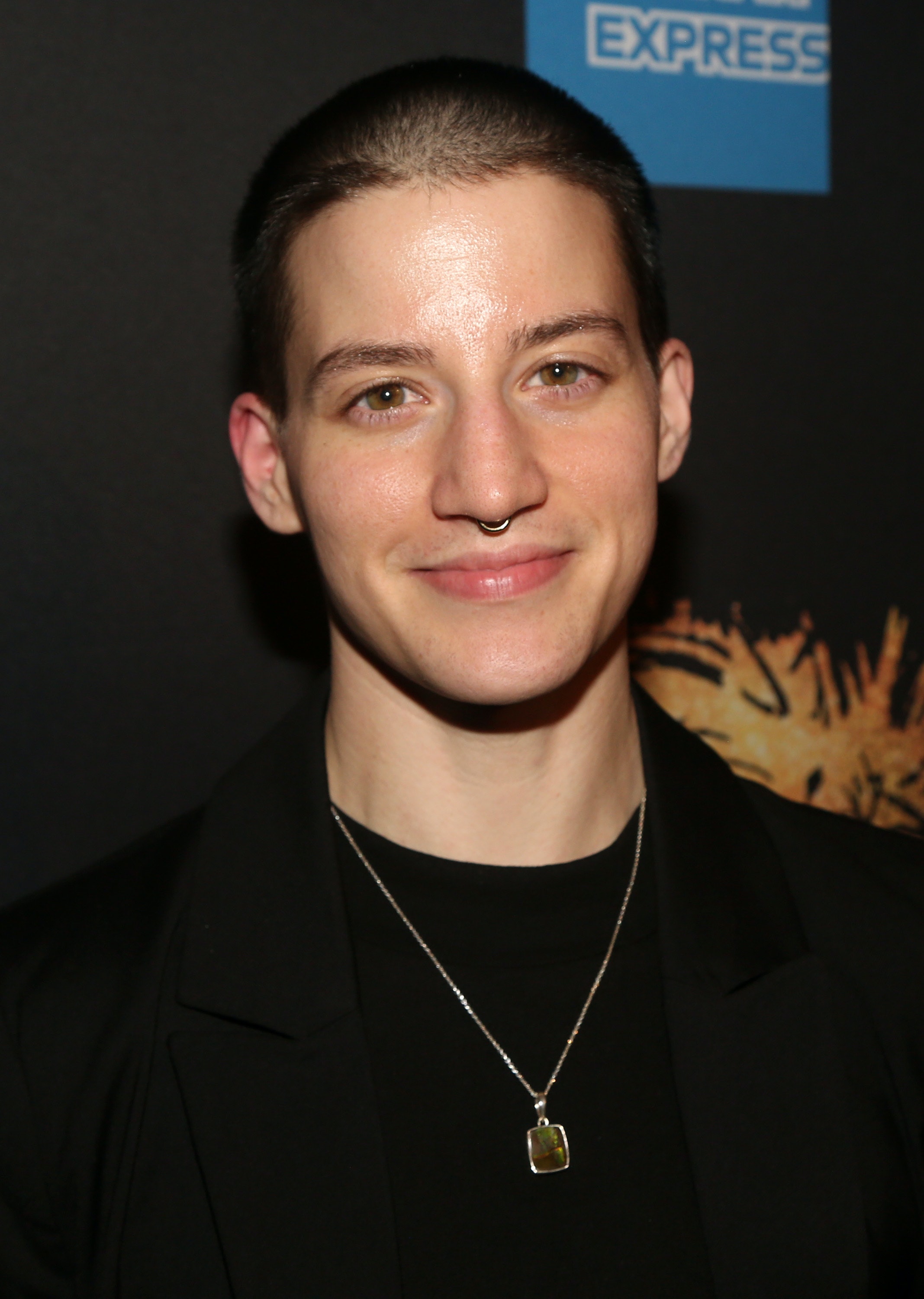 Best known for their roles in The Politician and Work in Progress, trans non-binary actor Theo Germaine (who uses he/him and they/them pronouns interchangeably) spent most of their life feeling trapped by the gender binary. "It takes a lot of learning to not listen to somebody else in regards to what’s beautiful," they explained to Vogue during a June 2020 interview. "Because I grew up around these rigid gender roles, when I was 18, 19, my coming-out process was about over-correcting myself in order to fit into this other part of society … Then at some point, when I was around 22, I just stopped. I was like, ‘I’m just going to do whatever I want and I hope that some other people follow suit.’" 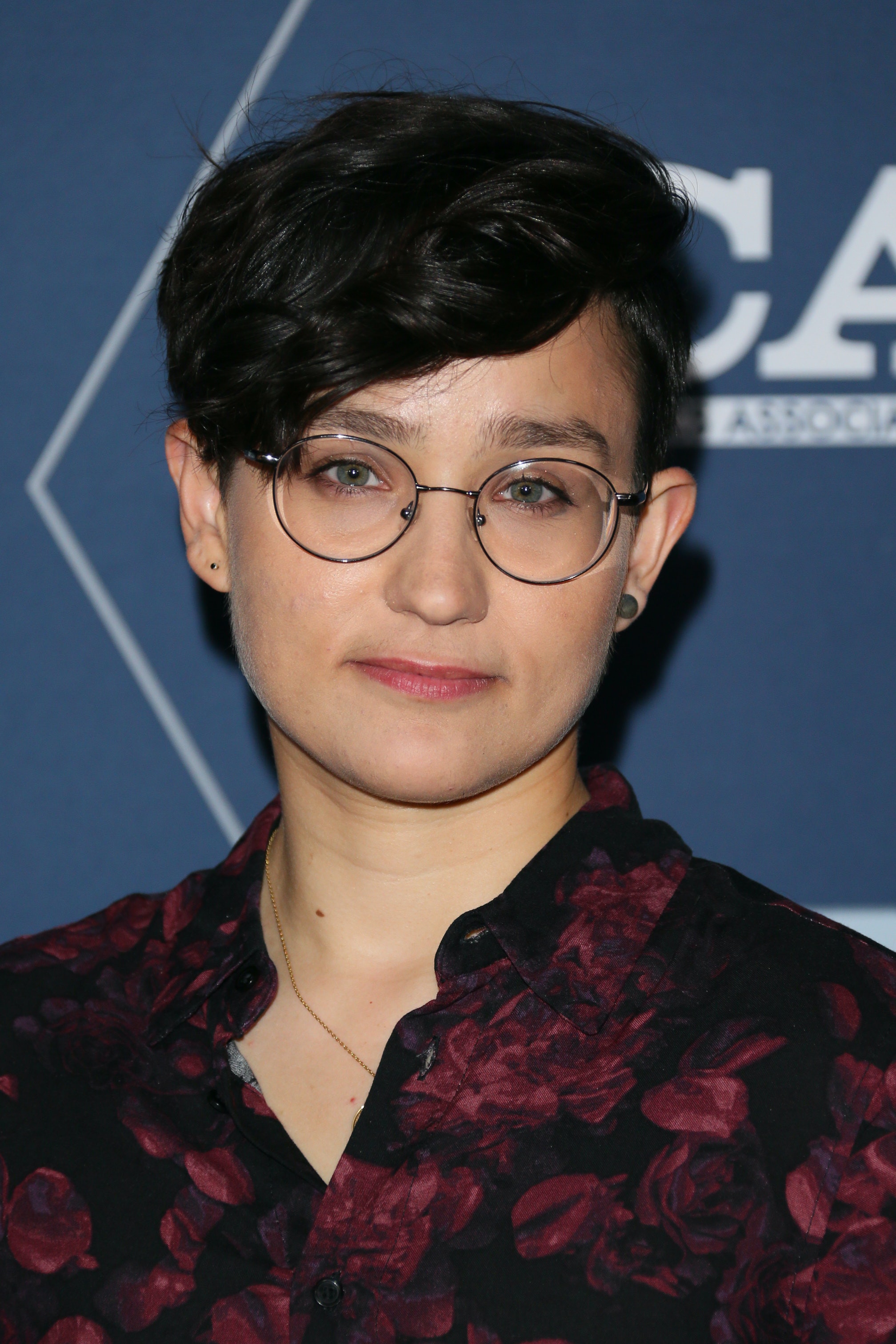 Actor Bex Taylor-Klaus (who’s appeared in The Killing, Scream, 13 Reasons Why, Arrow, Dumplin’, and House of Lies, among many other TV shows and movies) first came out to fans as trans non-binary in a July 2018 tweet. "I came out as trans non-binary in a room full of people today," they tweeted. "Guess it’s time for me to do that on here, too … Hi. I’m Bex, and the rumors are true. I’m v enby [non-binary]."

Later, during a February 2020 interview with the Hollywood Reporter, Taylor-Klaus spoke about all the freedom the term ‘non-binary’ gives them. "I love the term non-binary for myself personally because it’s such an umbrella term," they explained. "It is not binary by its base definition, meaning I am not of the binary — I am something else, which allows me room to learn and find a more pinpointed label if I so choose or otherwise stick with my umbrella. And it does also mean — for me, being non-binary — I get to explore and experiment and experience anything at my fingertips, is what it feels like to me. It feels open and free in a way that I never felt."

Whether you’re non-binary, genderqueer, gender fluid, agender, demigender, bigender, or something else entirely, there’s no wrong way to express your gender identity, y’all, and these celebs are living proof.