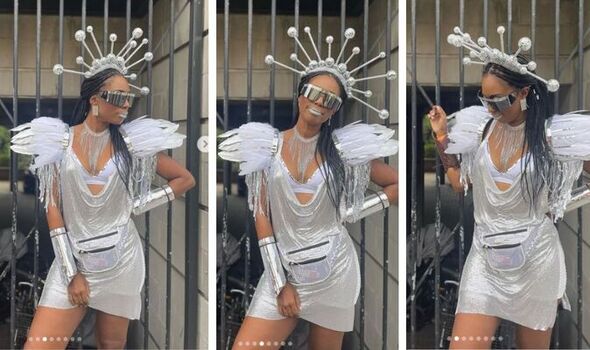 Leah Charles-King might travel around the world to film A Place in the Sun, but one of the places she feels most at home is in London – especially when the carnival is in full swing.

A Place in the Sun presenter Leah Charles-King showed off a silver futuristic design that showcased her incredible figure in a tiny metallic number.

Almost every part of her outfit was shimmering silver, from her trainers to her mini dress and unusual hat, which looked like a disco ball version of the Statue of Liberty spikes.

She boasted feathery wings, silver arm bands and even a silver lipstick for maximum futuristic effect.

“Made with my own fair hands,” Leah posted to almost 12,000 Instagram followers, using hashtags including #mirrorballfantasy, #partyqueen and #masquerade.

“Whatcha think??” she quizzed, after uploading photos of costume creation in progress, including the work she’d done to produce extremely eye-catching disco balls. 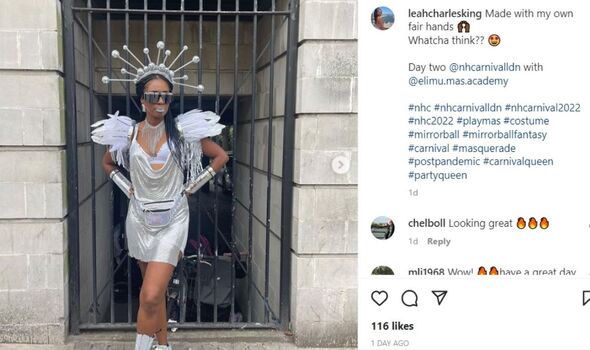 Dressed from head-to-toe in silver and white, Leah Charles-King looked every inch the carnival cutie. 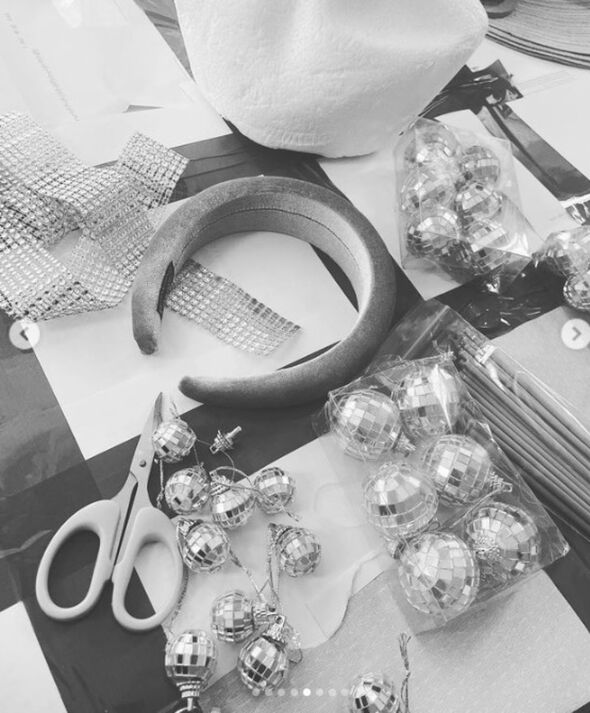 Leah Charles-King did a spot of DIY costume making

Leah Charles-King shared photos demonstrating the creation process of the disco ball-embellished hat she wore, with the star gluing each mirror square on individually. 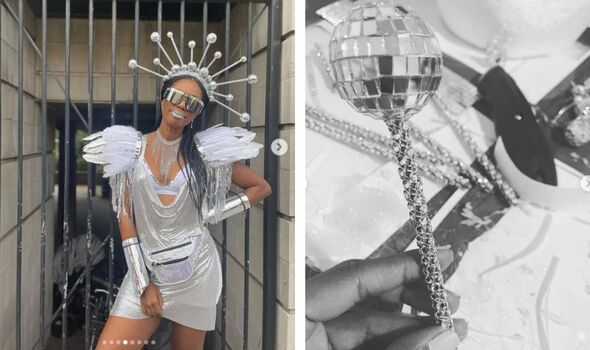 Leah Charles-King was happy to show off the final result

Leah Charles-King posed on day two of the festivities, which she attended with @elimu.mas.academy. 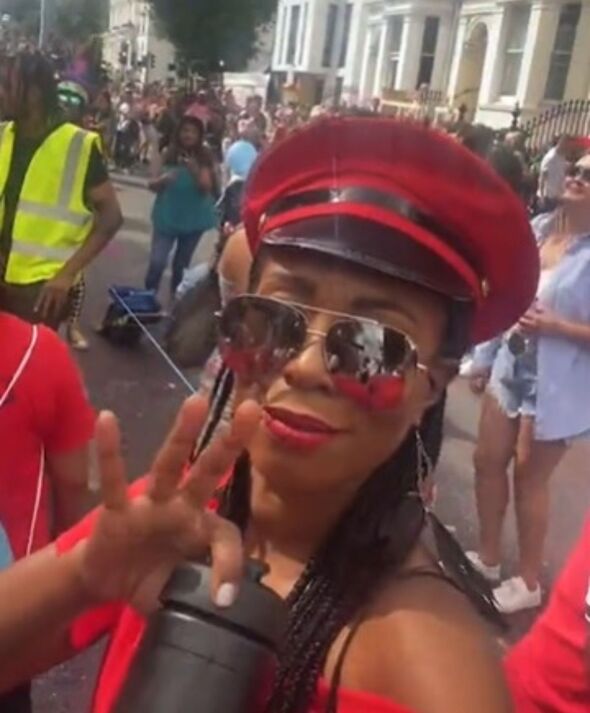 Leah Charles-King on the first day of the carnival

Leah Charles-King shared footage from day one of the event as well, when she was dressed down a little in her red outfit, but still very much in the party mood. 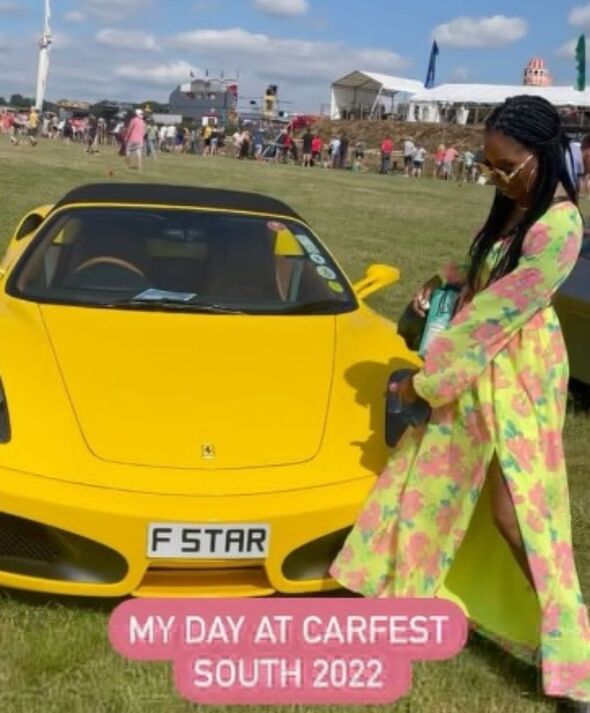 Just days earlier, Leah Charles-King, who is a mental health awareness campaigner, had also attended the Car Fest South event, and hosted a panel discussion there about wellness. 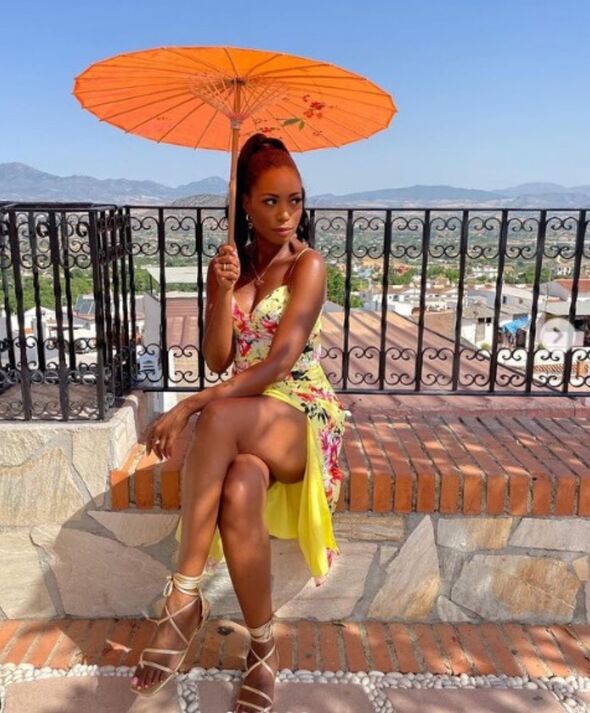 Leah Charles-King filming for A Place in the Sun

When not living it up for carnival, Leah Charles-King is often busily filming footage for prospective property buyers on A Place in the Sun, and the star is pictured here in Andalucia, Spain.