A Timeline Of Kristin Cavallari And Madison LeCroy’s Feud

Kristin Cavallari had an eventful 2020, and it looks like 2021 is shaping up to be just as dramatic. In April 2020, the reality star split from her quarterback husband, Jay Cutler, she announced in an Instagram post. “With great sadness, after 10 years together we have come to a loving conclusion to get a divorce,” she wrote, alongside a photo of the former lovebirds. “We have nothing but love and respect for one another and are deeply grateful for the years shared, memories made, and the children we are so proud of…This is just the situation of two people growing apart.”

That same year, the “Uncommon James” founder moved on with comedian Jeff Dye (via Entertainment Tonight), calling their relationship “drama free.” That seemed to be one positive, because Cavallari stirred up plenty of drama elsewhere in her life! She even managed to ruffle the feathers of a fellow blonde — “Southern Charm” star Madison LeCroy — when the two were embroiled in a power struggle over their exes. (Fans might remember that this isn’t the first time Madison made headlines. She was also thrust in the limelight when her co-stars accused her of having a fling with Alex Rodriguez, who was then with Jennifer Lopez.) But what was behind Cavallari and Madison’s catfight? Keep reading for a timeline of their feud!

Kristin Cavallari and Madison LeCroy butted heads over their exes 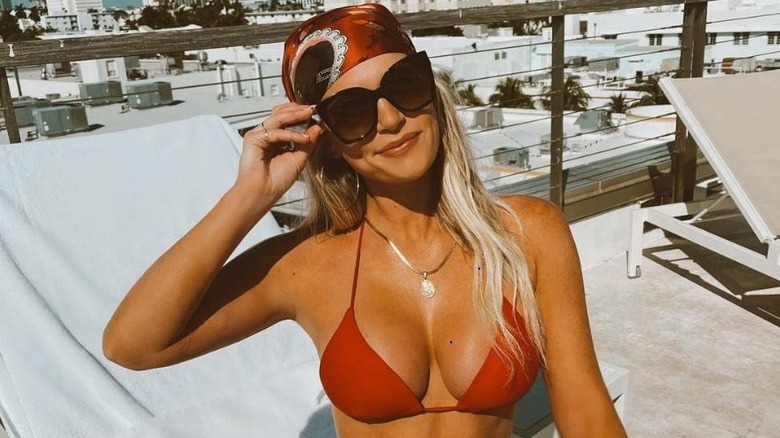 Things between Kristin Cavallari and Madison LeCroy first started to go south when Cavallari was spotted hanging out with Madison’s ex Austen Kroll in October 2020 (via Us Weekly). “She [Cavallari] came to town with her friend Justin and the four of us had dinner,” Austen told the outlet, adding, “We had a blast with them and I’m gonna take a trip to see them in Nashville sometime soon.” At the time, Madison seemed supportive, commenting, “Hate [that] I couldn’t see you guys!” on an Instagram post of the group, but she quickly changed her tune (per Us Weekly). When Austen dropped a thirsty comment underneath one of Cavallari’s Instagram pics, Madison didn’t hold back on sharing what she really thought. “Trust me, if he [Kroll] was with her, he wouldn’t be sending me songs at midnight. Bless,” she wrote (which was captured by the handle @CommentsByBravo). Ouch!

Maybe it was a form of retaliation, but Madison set her sights on Cavallari’s former husband, Jay Cutler. In January 2021, the reality star appeared on “Watch What Happens Live With Andy Cohen,” where she played coy on her relationship status with Cutler. However, she did dish on the fact that Cavallari had recently cropped up in an IG Live with Austen. “I was busy having my own adventure, but no, I did not,” Madison told the host, when asked whether she’d viewed the pair’s “adventures” on social media. 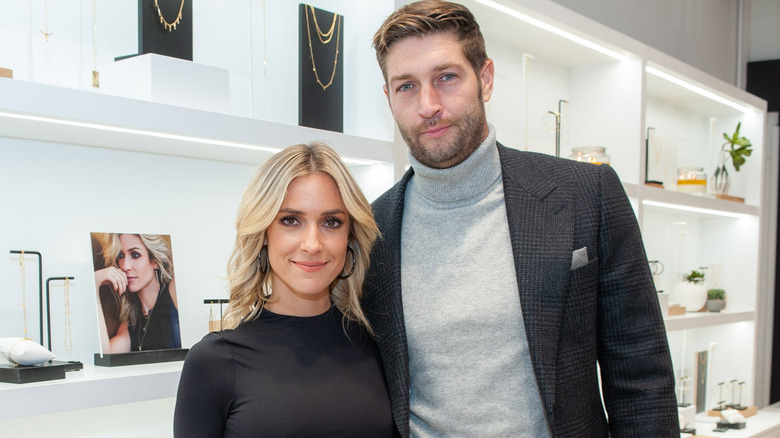 Days after Madison LeCroy debuted on “Watch What Happens Live With Andy Cohen” in January 2021, Us Weekly reported that her romance was heating up with Jay Cutler. The “Southern Charm” star — who was getting “fun and flirty” with the former NFL player — also took to social media to mock Kristin Cavallari with an Instagram Live of her own. According to BuzzFeed, Madison “poked fun at the way Austen and Kristin had danced together…hinted that Jay was ‘relieved’ to have split from Kristin and made disparaging comments about her parenting choices.”

Cavallari responded in a more mature fashion: by proving that her loyalties with Cutler ran deep. “The world is full of users. 10 years. Can’t break that,” the pair captioned (since-deleted) matching Instagram photos that showed them side-by-side (via Us Weekly). According to the outlet, Madison clapped back by releasing screenshots of her text conversations with Cutler that implied he’d flown to South Carolina to see her. “You reached out to me…Your intentions may not have been pure,” Madison wrote to Cutler in one text exchange, when Cavallari’s ex-husband accused her of creating drama. She continued, “I came into this honestly with good intentions. I want no part of being involved in a payback … you initiated and pursued.” Based on this wild ride, fans would likely agree that Madison is at least a little guilty of causing drama in this whole he said-she said mess.