Adam Sandler responded to the viral TikTok from an IHOP hostess who told him he’d have to wait 30 minutes for a table. Apparently, hostess Dayanna Rodas didn’t recognize Sandler at the time, so he left the restaurant and she created a TikTok begging him to return.

After the TikTok went viral Sandler got in on the joke, tweeting, “For the record, I only left the IHOP because the nice woman told me the all-you-can-eat deal didn’t apply to the milkshakes.” Rodas retweeted Sandler’s message adding, “Heyy I’m the ‘nice women’! Please come back!” 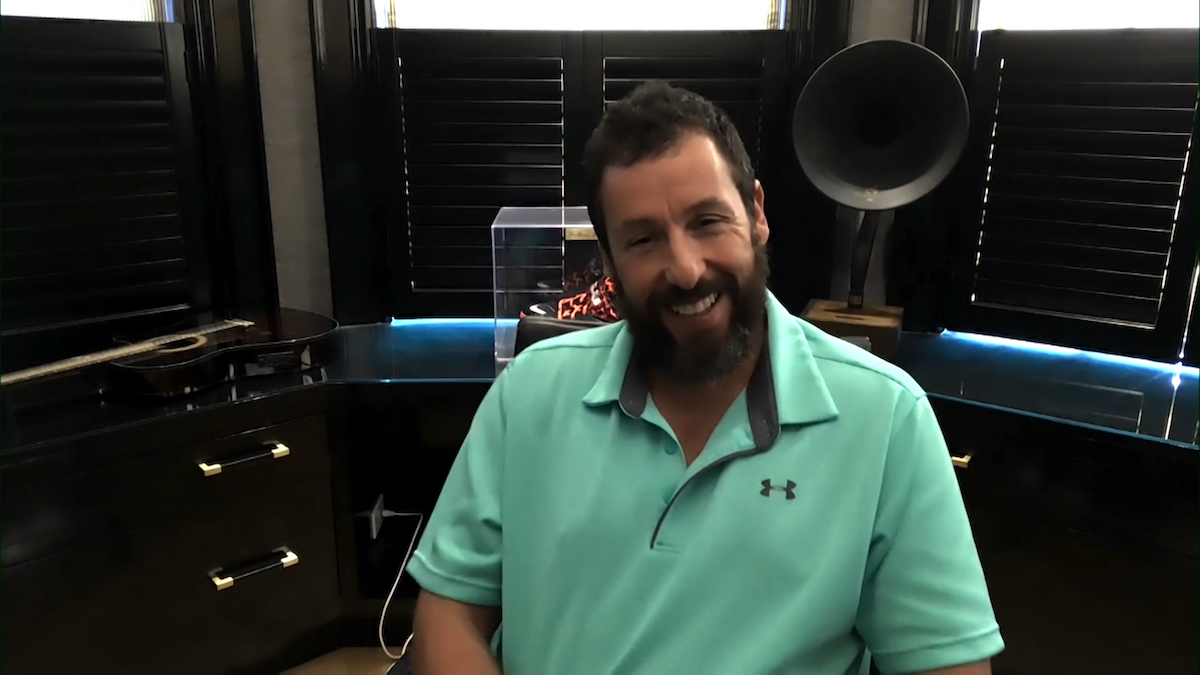 Rodas realized Sandler came into her restaurant only after watching security camera footage. That’s when she created a TikTok begging Sandler to return. “Pleaseee come back,” she wrote in her TikTok dedicated to Sandler. “Not realizing its Adam Sandler and telling him its a 30min wait and him ofc leaving bc hes not going to wait 30mins for IHOP.”

Security footage showed Sandler and his daughter speaking briefly to Rodas and then they left upon learning they had a long wait. Rodas later shared why she did not recognize Sandler. “It’s because he had a big beard, and I’ve never seen Adam Sandler with a beard,” she shared in another post. “And the mask didn’t help.”

Of course, she’s now laughing about how explosive the TikTok became. “I didn’t think it was gonna go viral,” she laughed in another post. She also joked about how she’s gained a slew of new followers as a result of the TikTok.

Some people play it cool when they meet celebrities

Rodas said she genuinely didn’t recognize Sandler. But other people revealed that they’ve recognized celebrities in the wild but played it cool, acting like they did not know who they were.

Buzzfeed shared a collection of celebrity encounters from readers who downplayed meeting a celebrity. “I worked at a Barnes & Noble in New York as a clerk, but once or twice I’d be called over to the in-store Starbucks café to help out whenever they were understaffed,” one person shared about waiting on actor Alan Rickman. “One time, Alan Rickman came up and ordered something, I can’t recall what. I wrote ‘Hans Gruber’ on his cup, though. He smiled at me when he noticed it.”

Another reader recalled how his mother yelled at James Bond. “My mom yelled at Pierce Brosnan,” the reader shared. “She and my dad were at a ski resort getting lunch. My mother gets quite hangry (an unfortunate trait I inherited) and was waiting in line to order. Right as she’s about to order, a guy tried to cut in front of her and interrupt her.”

“She snapped and told him to go to the back of the line like everyone else. She got her food and went back to my dad, who was sitting there with his mouth wide open in shock.”

“‘That was Pierce Brosnan. You just yelled at James Bond.’”