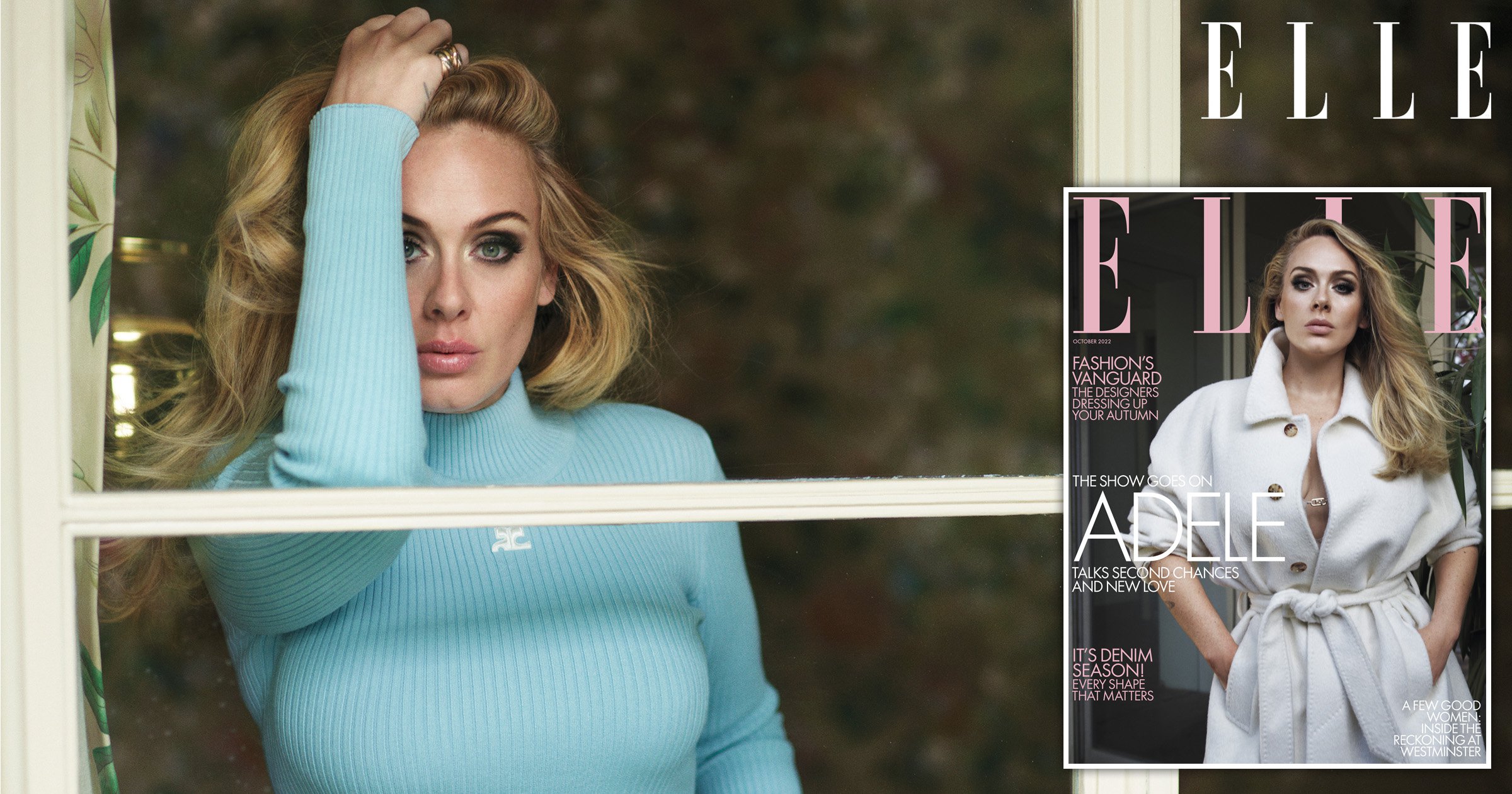 Adele has given a rare glimpse into her private life, saying she has ‘never been in love like this’ and is ‘obsessed’ with her American sports agent boyfriend Rich Paul.

The singer, who shares son Angelo with her ex-husband Simon Konecki, confirmed her relationship with Rich in September 2021.

Adele remained pretty tight-lipped on her new romance initially, but now it seems she’s ready to shout about her love for Rich from the rooftops – and she’s totally down to get married again.

Starring on the cover of the October 2022 issue of Elle UK and its American counterpart, Elle US, the Hello hitmaker looks stunning while posing in a white coat.

Other shots show the Grammy winner wearing a series of glamorous dresses, including a yellow satin number with a high slit, with her long blonde locks styles in effortless waves.

Chatting to the publication about 40-year-old Rich – who is the founder of management company Klutch Sports Group, which represents high-profile basketball stars including LeBron James, Anthony Davis and John Wall – she said: ‘I’ve never been in love like this. I’m obsessed with him.’

When asked if she wants to get married again, Adele didn’t hesitate to say yes: ‘Yes, absolutely’, before responding to engagement rumours in the most Adele way possible.

‘So… are you engaged?’, the interviewer pressed.

‘I’m not married. I’m not married!’, she repeated, taking a big gulp of coffee before singing: ‘I’m just in loooove! I’m happy as I’ll ever be. I might as well be married.’

Soon after, though, she does officially quash the reports in a much more straightforward response: ‘I’m not engaged. I just love high-end jewellery, boy!’, she said.

Adele, who headlined Glastonbury festival in 2016, announced her split from charity boss Konecki in April 2019.

Their divorce was finalised in March 2021, with the former couple sharing custody of their son.

The 34-year-old pop superstar, who now lives in Los Angeles, said she does also want more children, but her focus at the moment is on her upcoming Las Vegas Residency.

In July she announced the new dates for the delayed Las Vegas gigs, saying they would take place from November to March.

She had been due to perform a series of shows from January to April this year at Caesars Palace but they were scrapped at short notice.

She said: ‘I definitely want more kids. I’m a homemaker and I’m a matriarch, and a stable life helps me with my music. But right now, all I got in my brain is Vegas.

The October issue of Elle UK is on sale from September 1.