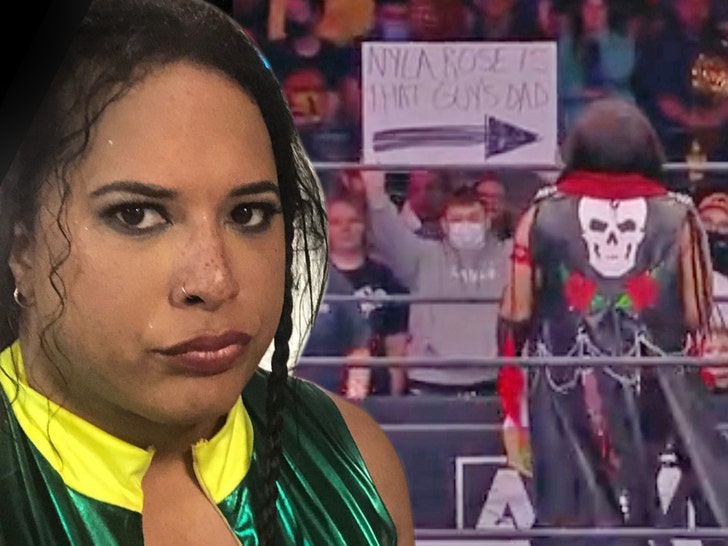 A man was ejected from an AEW Dynamite event on Wednesday … after he held up a transphobic sign at openly transgender wrestler Nyla Rose.

The AEW star was involved in a match with Ruby Soho at the North Carolina event … when broadcast cameras caught a fan pointing the offensive poster at Rose.

“Nyla Rose is that guy’s dad,” the sign read.

FYI … in 2019, Rose made history when she inked her deal with AEW, becoming the first openly transgender wrestler to sign with a major U.S. wrestling promotion.

Rose was clearly offended by the sign — cameras caught her flipping off the fan mid-match … and her wife wrote on her social media page that she was outraged over it all.

Thankfully, according to Rose’s wife and reporters on the scene, the fan was promptly removed once security was made aware of it.

“To everyone wondering,” Nyla’s wife wrote, “The a**hole has been removed from the venue.”

We’ve reached out to AEW for comment, but so far, no word back yet.

Of course, this isn’t the first time we’ve seen this kind of insensitive behavior at an AEW promotion before — just last month, a fan called openly gay wrestler Anthony Bowens a homophobic slur during one of his matches. 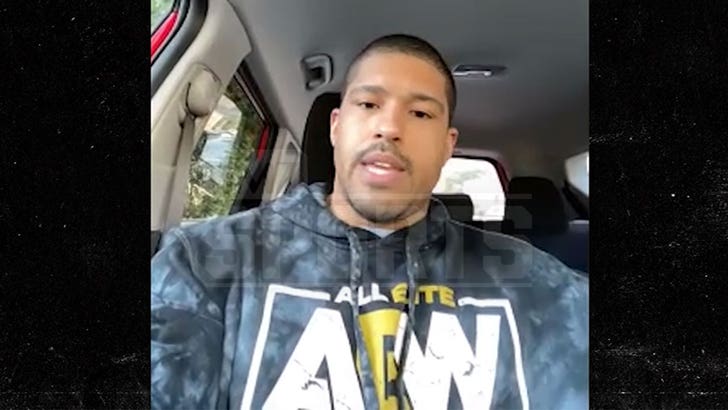 We spoke with Bowens shortly after the incident, and he condemned the awful hate speech, but said he believed it all to be an isolated incident.

“This is not indicative of the AEW fans at all,” Bowens said. “Any interactions I’ve had with them since starting the company have all been positive.”