Alesha Dixon, 40, refused to give much away when she was quizzed about her baby’s gender and possible names by Britain’s Got More Talent host Stephen Mulhern, 42, last night. The presenter asked the former Mis-Teeq star: “Can you give us an exclusive? Is it a boy, or is it a girl?” The singer giggled as she tried to avoid the question by explaining: “I don’t know yet.” However, the Britain’s Got Talent judge finally gave in and revealed she has in fact found out whether she was expecting a boy or a girl, as she admitted: “I’m lying.”

Following the rapper’s revelation, Stephen prompted her to share the secret, adding: “So can you tell us?”

Unfortunately, Alesha remained tight-lipped, as she replied: “I could tell you, but I’m not going to.”

Changing the subject, Stephen asked his BGT co-star about whether she had considered any baby names yet, to which she said she “hadn’t actually”.

The star then explained her reluctance to divulge any information was due to her husband, Azuka Ononye.

She added: “Thing is, I can’t tell you because I haven’t checked with Azuka if it’s okay to tell you.” 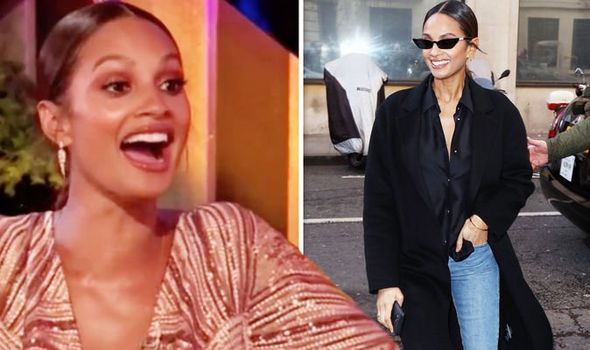 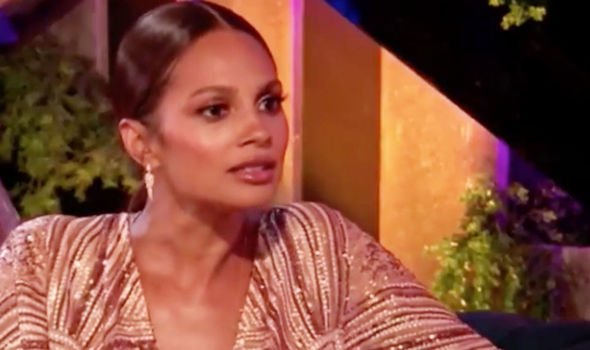 Although Alesha didn’t answer many questions about her second baby, she jokingly continued: “If it’s a boy or girl, I’m going to bear Stephen or Stephanie in mind”, in reference to the host’s name.

The performer first told fans about her exciting pregnancy news during Monday’s live semi-final in a conversation with presenters Ant McPartlin, 43, and Declan Donnelly, 43.

Alesha said she was “over the moon” and “very happy” in the introduction of the show, while her fellow judge David Walliams, 47, couldn’t resist joking the baby was really his.

The TV personality will be bringing a sibling into the world for her five-year-old daughter Azura.

Alesha recently admitted to You Magazine she was desperate to have another child. 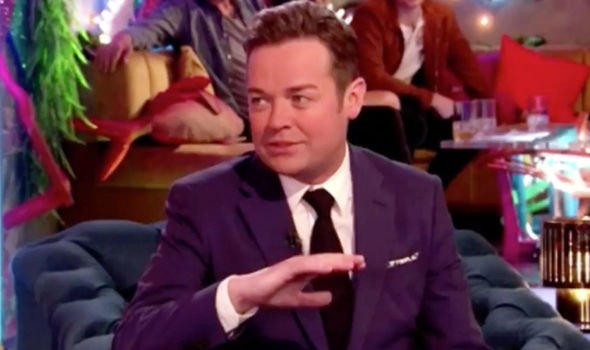 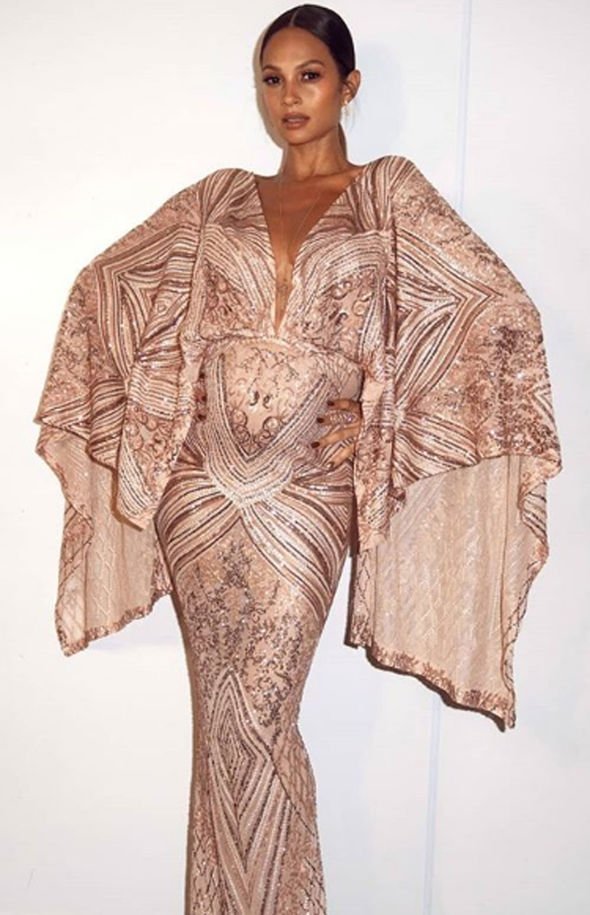 She told the publication: “Not a day goes by without me longing for another baby.

“I don’t know whether it will happen given my age but I adore the idea of a large family and I hope I will be lucky.”

Alesha added: “The love I feel for Azura is so pure and unconditional.

“The main thing is to enjoy her in the present and be philosophical about the future, because what will be will be.”

The glamorous star showed off her growing baby bump in last night’s semi final in a shimmering patterned dress with cape inspired detailing.

Britain’s Got Talent airs tonight on ITV at 7.30pm.