All of Rebel Wilson’s movies, ranked by critics 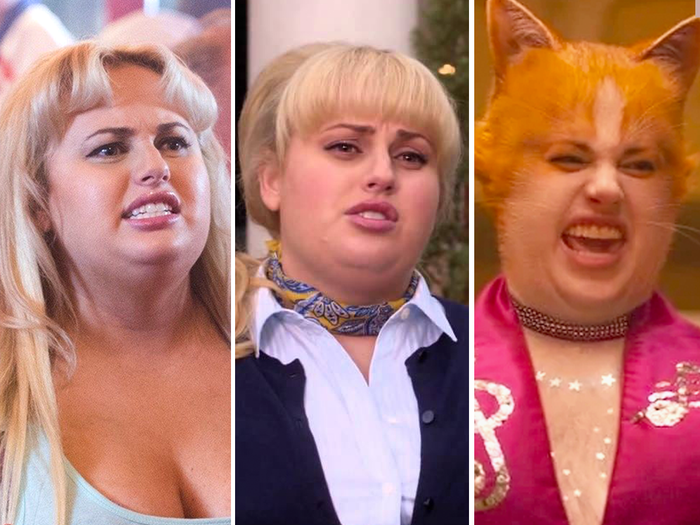 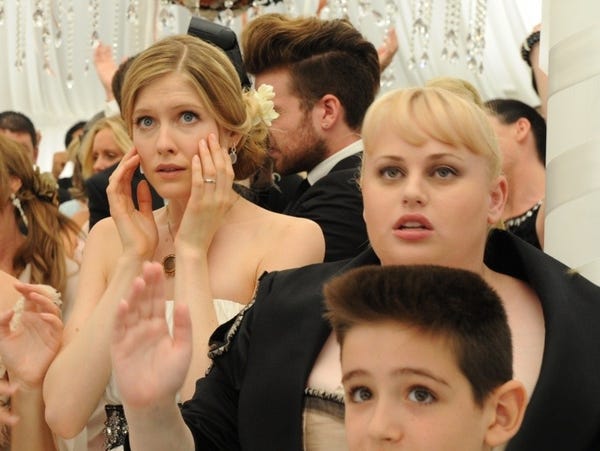 In “A Few Best Men,” a British man meets an Australian woman, and the pair decide to get married after only spending a week together — and the groom’s best men begin to cause some major problems. Wilson played the bride’s sister.

Critics weren’t impressed with this wedding-themed movie, with many of them comparing it to other successful comedies.

As Francesca Rudkin wrote for the New Zealand Herald, “A low brow version of ‘The Hangover’ and ‘Bridesmaids,’ this crude comedy is filled with one-dimensional characters, a pretty lame set-up and humour that is only occasionally ridiculous enough to make you laugh rather than cower.” 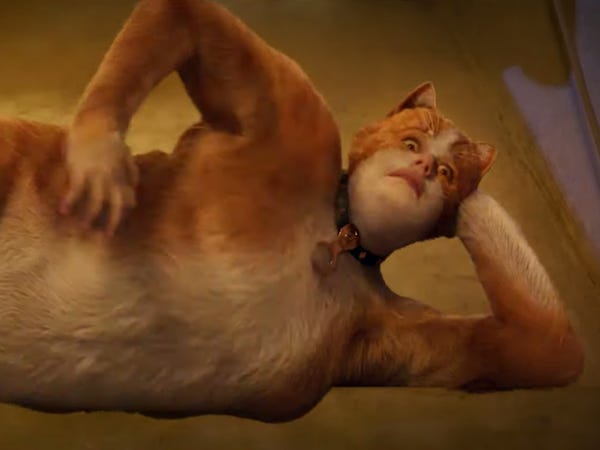 Wilson starred as Jennyanydots in the musical movie, “Cats.” In it, a group of cats attends an annual ball where it’s decided which one will be granted a new life.

Despite its all-star cast, many critics found the CGI off-putting and the story lacking — some found the movie and plot to be so strange that it was hard to look away.

As John Anderson wrote for the Wall Street Journal, “Artistically, it’s a hairball. There’s no story to speak of, Mr. Webber’s music is immediately forgettable and, like a cat standing at an open door, it takes forever to get where it’s going.” 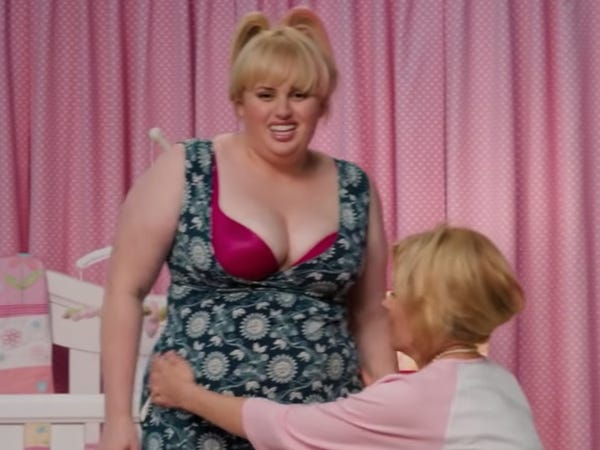 “What to Expect When You’re Expecting” explores the challenges that people face leading up to becoming new parents. Wilson had a small role in the movie as a boutique employee.

As Claudia Puig wrote for USA Today, “What audiences should expect is a tone-deaf, superficial, charmless ensemble rom-com, focused on five attractive, but uninteresting, couples.” 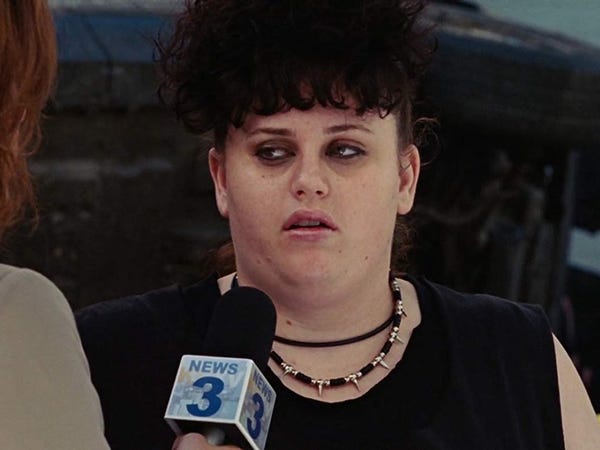 Based on a comic book, “Ghost Rider” is about a motorcycle-riding stunt man who sold his soul to a demon and now must fight evil as a fiery, skull-faced superhero.

“Ghost Rider” is one of Wilson’s first movies and she played an unnamed girl in an alley.

Critics found this action flick to have a lackluster story filled with awkward, unintentionally funny moments.

As Peter Hartlaub wrote for the San Francisco Chronicle, “‘Ghost Rider’ has everything you don’t want from your superhero movie, including lack of logic, boring action scenes, bad acting in the supporting performances, a brutally slow 114-minute running time and cringe-worthy dialogue.” 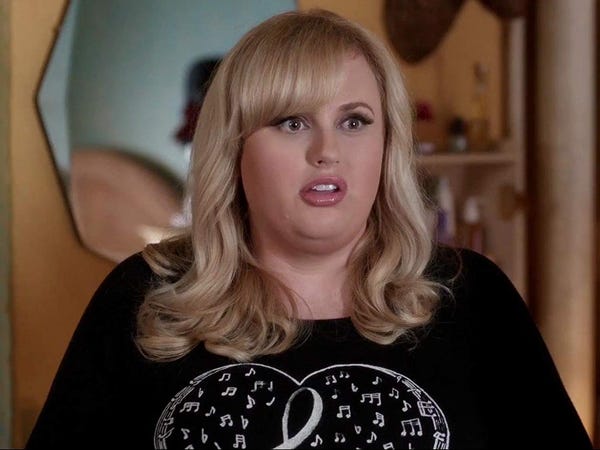 The third installment in the “Pitch Perfect” franchise, “Pitch Perfect 3” follows the a cappella group post-grad as they struggle to find jobs and happiness.

Wilson played one of the main singers, who goes by the nickname Fat Amy.

Although critics praised the previous two movies, “Pitch Perfect 3” didn’t live up to its predecessors.

As Frank Scheck wrote for the Hollywood Reporter, “Whatever charms the first two movies possessed (and they were considerable thanks to the talented and appealing cast) have been thoroughly lost in this soulless installment.”

"Small Apartments" (2013) is about a man and his strange neighbors. 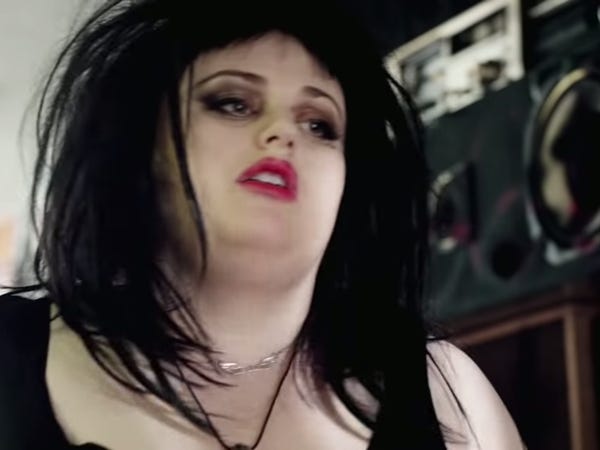 The indie comedy “Small Apartments” is about a man whose landlord dies in his apartment. He then tries to cover up his death while also dealing with his bizarre neighbors.

Critics had mixed reviews for this movie, but most felt that this strange, dark comedy didn’t work.

As David Parkinson wrote for the Radio Times, “Despite the film’s distinctive look and the best efforts of the willing cast, this amusing, morbid and mildly misanthropic melange always seems to be straining for effect.”

The actress played a high-school student in "Struck by Lightning" (2012). 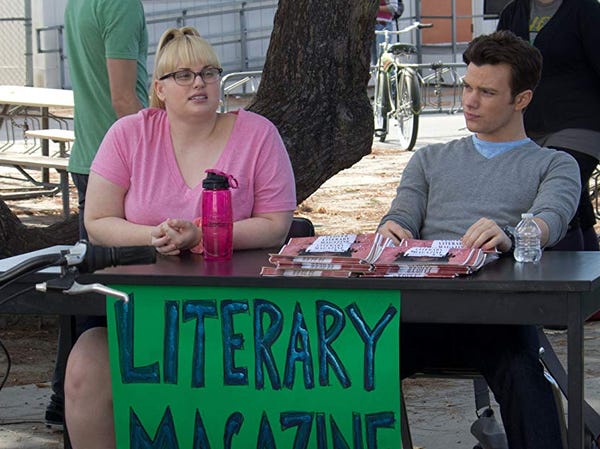 Based on a novel by actor Chris Colfer, “Struck by Lightning” is a high-school comedy about a student who is killed by lightning and must take a look back at his last weeks of life.

Wilson played his best friend, Malerie, who is helping the protagonist blackmail students.

Critics found this teen comedy forgettable among similar high-school movies, and they didn’t think it was very funny.

As Ella Taylor wrote for NPR, “There isn’t much to say about Struck by Lightning, except that it’s one of those interchangeable teen movies that lands in theaters in early January, the morgue for films nobody knows what to do with.” 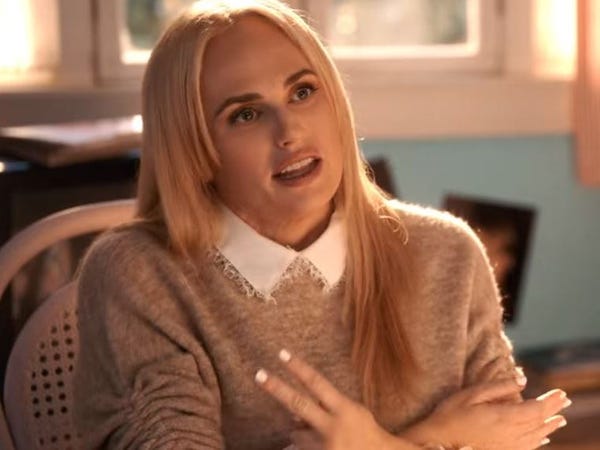 In “Senior Year,” high-school cheerleader Stephanie goes into a coma for 20 years and wakes up as an adult. Wilson played adult Stephanie, who is ready to return to high school and win prom queen.

Critics were unimpressed by this comedy, with many finding it immature and unimaginative.

As critic Richard Crouse wrote, “Wilson does what she can to keep things moving along, but when the feel-good messaging begins, she is saddled with prosaic, by-the-book truisms that suck away the whatever fun had been established in the film’s first part.”

She portrayed a woman with nine children in "The Brothers Grimsby" (2016). 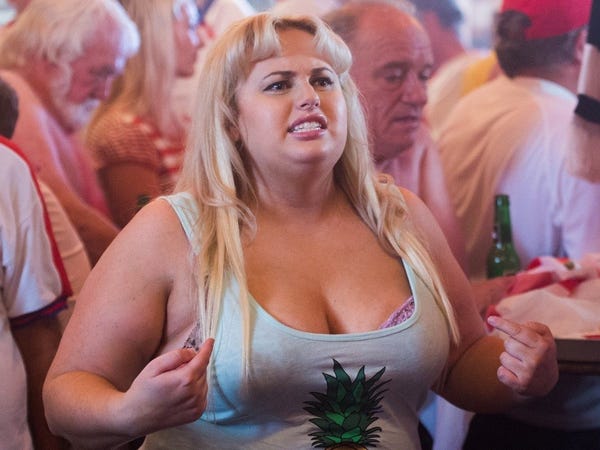 This Sacha Baron Cohen comedy follows a simple-living man as he searches for his brother, who turns out to be a secret agent. Wilson played the man’s wife, who has nine children.

Critics found that “The Brothers Grimsby” brought the laughs, but relied too heavily on crude, gross jokes.

As Robert Abele wrote for the Los Angeles Times, “It’s not unfunny in spots, but it huffs and puffs (among other bodily functions) more often than it splits the sides.” 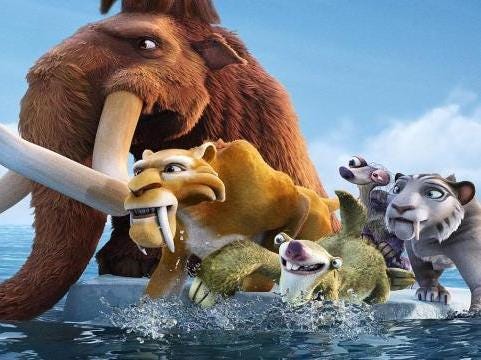 In the animated “Ice Age: Continental Drift,” a squirrel’s hunt for an acorn causes the continent to break in half and split up the herd of animals. Wilson voiced a prehistoric kangaroo named Raz.

Given this is the fourth “Ice Age” movie, critics found the story tired and uninspired compared to the previous three films.

As Mary F. Pols wrote for Time magazine, “The frenetic pace masks an emptiness; this Ice Age is just a collection of slapstick moments and fisticuffs, with pauses for Sid to regurgitate food into his paw and show it to everyone.”

In "How to Be Single" (2016), Wilson played a party-going New Yorker who shows her co-worker how to have fun. 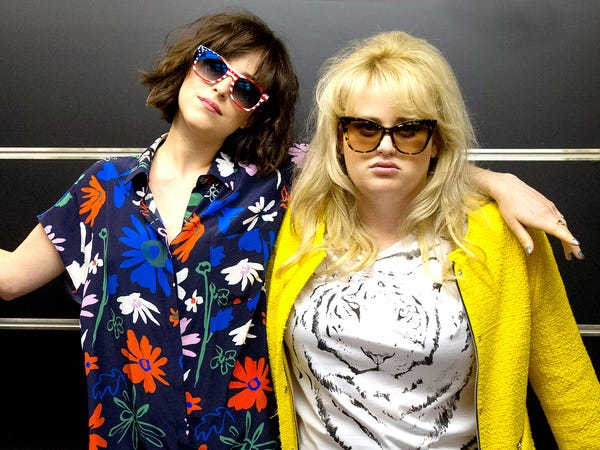 In “How to Be Single,” a college grad finds herself newly single in New York City. Wilson starred as her wild coworker, Robin, who shows her how to have a good time.

This romantic comedy didn’t wow the critics, who found it to be predictable but fun.

As Leah Greenblatt wrote for Entertainment Weekly, “‘How to Be Single’ is a lot like its Jager-bombing, romance-seeking protagonists: Cute and goofy and kind of a mess.”

She played a security guard in "Night at the Museum: Secret of the Tomb" (2014). 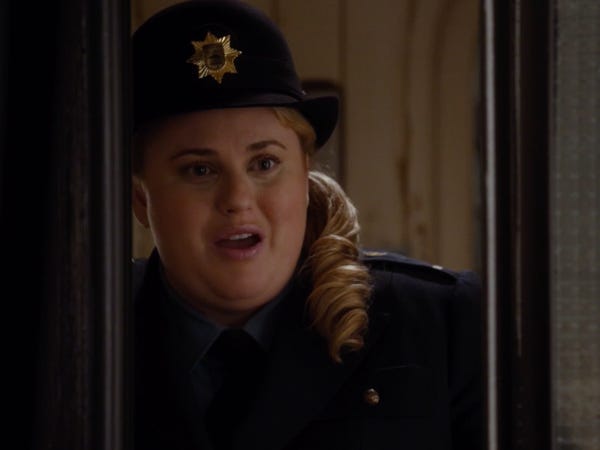 In this threequel to “Night at Museum,” the security guard from the New York Museum of Natural History travels to England to help save the tablet that allows the exhibits to come alive at night.

There, he meets a security guard at the British Museum, Tilly, who is played by Wilson.

As Joe McGovern wrote for Entertainment Weekly, “It’s kind of fun, unembarrassingly, and not least of all because the people who made it look like they had a good time doing so.” 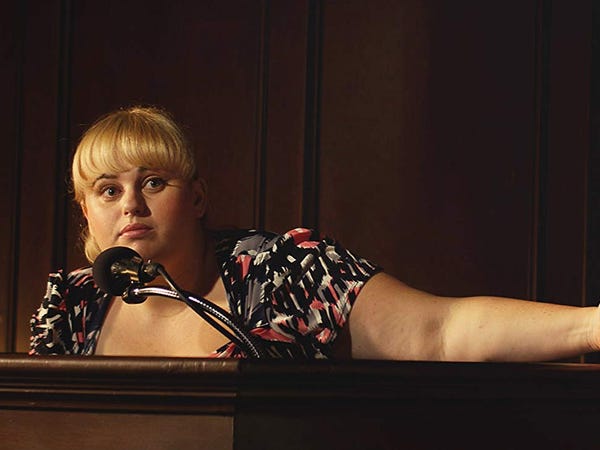 A trio of gym rats find themselves in the middle of a Miami crime gang in the action movie “Pain and Gain.” In it, Wilson played a nurse who tends to and ultimately marries one of the musclemen.

Critics had mixed feelings about this Michael Bay-directed movie. Some found the humor and story to be incredibly unpleasant, but others thought it was intriguing with truly funny moments.

As Richard Corliss wrote for Time magazine, “It’s like a giant sculpture that is so strange and off-putting, it’s instantly, intriguingly post-modern. Swept up in the film’s pile-driving self-assurance, even Bay-haters may absorb the pain to enjoy the gain.”

In "Bachelorette" (2012), the actress played the bride at the center of the bachelorette shenanigans. 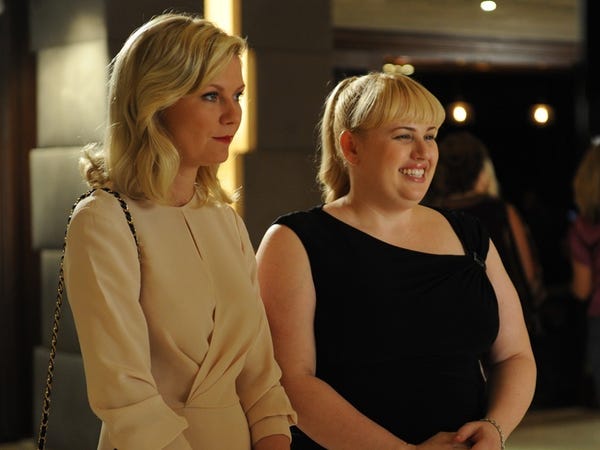 In “Bachelorette,” Wilson played a bride who reunites her high-school friends so they can be bridesmaids in her wedding. The night before the ceremony, the bridesmaids throw a wild party that ruins the bride’s gown — and they must find a replacement before she realizes.

Many critics compared this movie to “Bridesmaids,” which also starred Wilson, saying it didn’t feel it was as funny or heartfelt as its competitor.

As Sara Stewart wrote for the New York Post, “As smart and popreferential as [Leslye] Headland’s writing is, it’s a little underwhelming when it comes to delivering on laughs.”

Wilson once again played the a cappella singer Fat Amy in "Pitch Perfect 2" (2015). 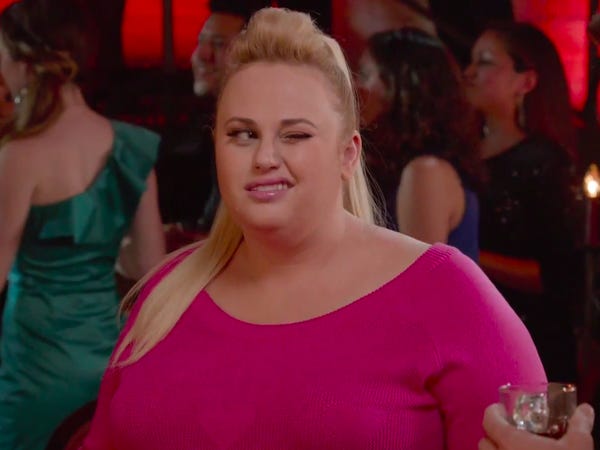 In “Pitch Perfect 2,” the a cappella group finds out they’re being stripped of their national title and must perform in another competition to redeem themselves. For the film, Wilson reprised her role as Fat Amy.

Although most critics didn’t think this movie was as successful as the original, many still found it to be quirky, fun, and unique.

As Kyle Smith wrote for the New York Post, “There are a half-dozen hilarious scenes, the Barden Bellas’ new nemesis is awesomely weird, and you could hardly find a more endearing group of college students played by 30-year-old actresses.”

The actress played an architect who gets sucked into a romantic comedy in "Isn't It Romantic" (2019). 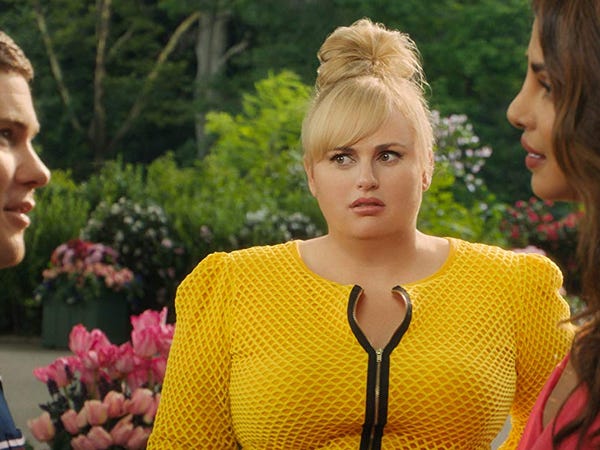 Wilson starred in “Isn’t It Romantic” as Natalie, a New York City-based architect who gets knocked unconscious. When she comes to, she realizes her life has transformed into a romantic comedy.

Critics enjoyed this meta, satirical look at classic romantic comedies, while still offering all the joy that many fans appreciate about the genre.

As Dana Schwartz wrote for Entertainment Weekly, “Isn’t It Romantic pulls off a sweet sleight-of-hand trick as a rom-com-within-a-rom-com, mocking all of the classic rom-com tropes while still letting us indulge in them.”

The actress played a Hilter Youth instructor in "Jojo Rabbit" (2019). 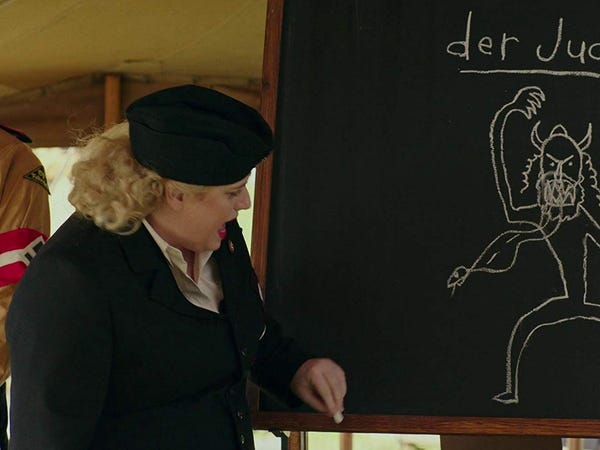 “Jojo Rabbit” is set during World War II and it centers around a young German boy who questions his beliefs when he discovers his mother is hiding a Jewish girl in their home.

In the movie, Wilson played Fraulein Rahm, an instructor for a Hitler Youth group.

Critics praised this satirical comedy for combining a serious topic with careful laughs and a lot of heart. 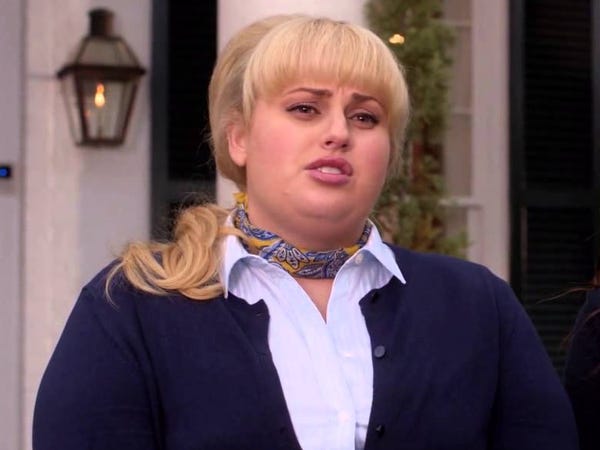 In “Pitch Perfect,” a ragtag group of college girls comes together to form an a cappella group to compete at the international singing competition. Wilson played Fat Amy, a member of the a cappella group.

The interesting dynamic and culture of a cappella groups made this seemingly formulaic college comedy stand out to critics.

As Peter Travers wrote for Rolling Stone, “I got a goofball kick out of ‘Pitch Perfect.’ Anna Kendrick is terrific in this spoofy, sassy romp. And I have one word for Rebel Wilson – Wow!”

She appeared as a strange roommate in her highest-rated movie, "Bridesmaids" (2011). 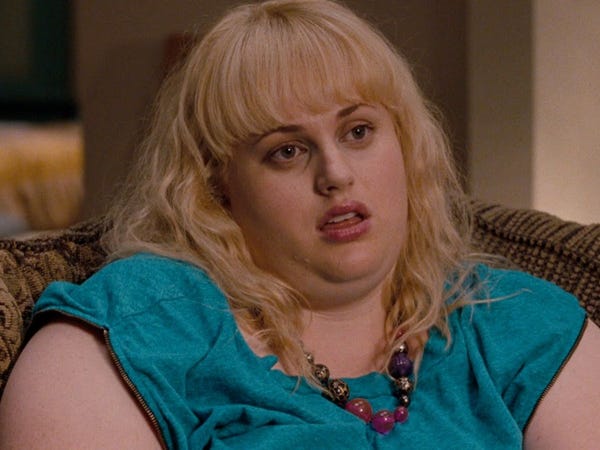 “Bridesmaids” is about a hapless single woman who learns her childhood friend is getting married and she’s the maid of honor. Things go wrong in the days leading up to the wedding, despite the maid of honor’s best efforts.

In the comedy, Wilson played the maid of honor’s strange roommate, Brynn.

Many critics found this wedding comedy to be a breath of fresh air — not only because it’s really funny, but also because it celebrates female friendships.

As Manohla Dargis wrote for the New York Times, “The movie is smart about a lot of things, including the vital importance of female friendships. And it’s nice to see so many actresses taking up space while making fun of something besides other women.”

Note: All scores were current on the date of publication and are subject to change. Films without critical ratings were not included.