All the times Kim Kardashian sacrificed basic movement for fashion 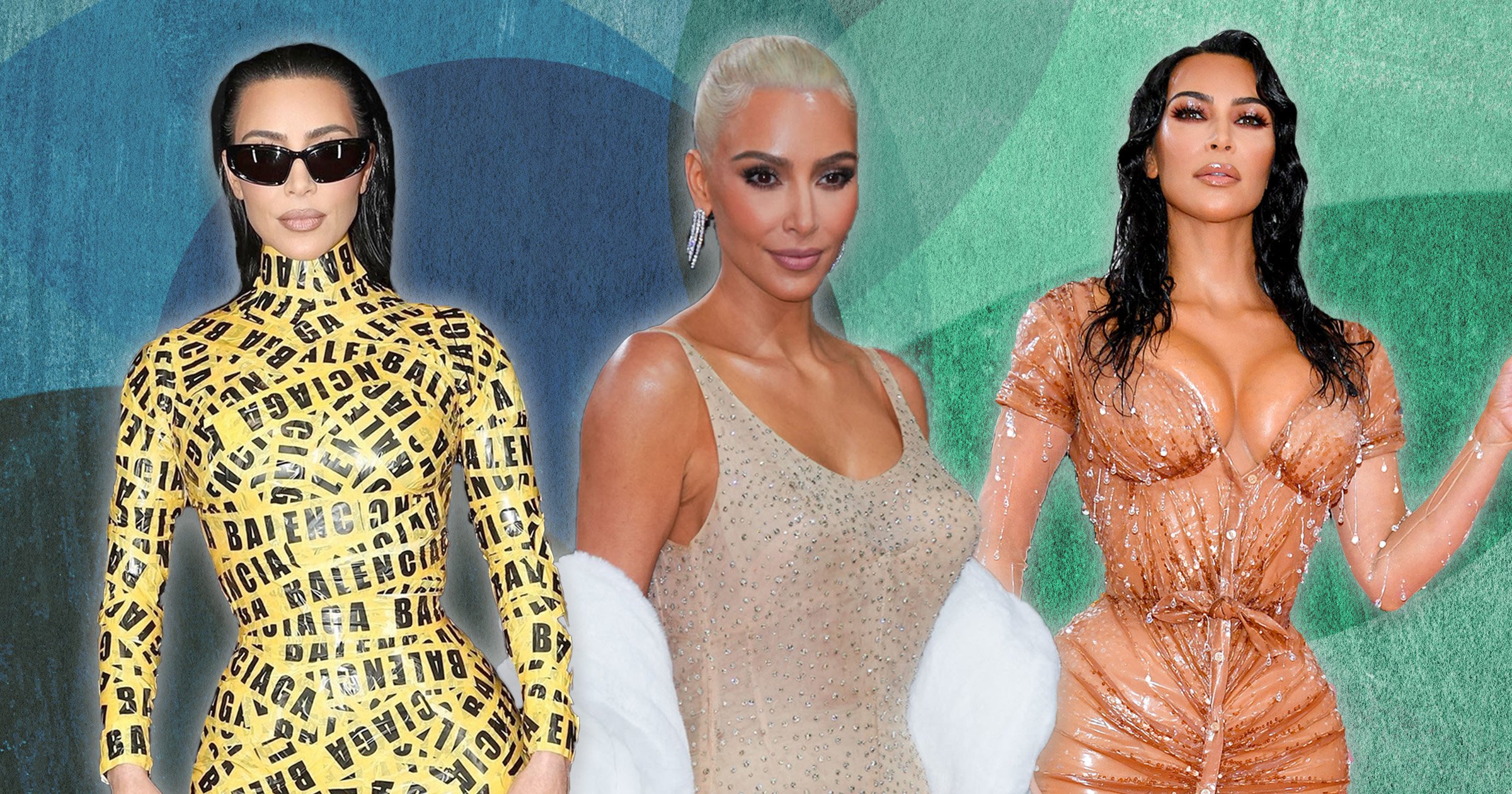 Kim Kardashian cares not for ease and comfort when fashion is calling – her Met Gala 2022 outfit is a testament to that after she donned Marilyn Monroe’s iconic dress.

A dress that didn’t fit her, sure, but while most of us would retreat, tail between our legs, and head back to the drawing board, Kim saw this as a challenge.

Be that as it may, she fit in it, but ultimately sacrificed the ability to easily walk up stairs at the Met Gala, after donning the late Monroe’s gown that she wore to serenade President John F Kennedy Jr in 1962.

It’s the latest in a long line of couture Kim’s poured herself into which looks great, in theory, but in practicality has us holding our well-worn joggers tight and whispering sweet nothings about the comfort-factor we just can’t part with.

The woman loves a bit of latex, but wearing semi-stretchy plastic is a cakewalk compared to some of the outfits she’s contorted her body into over the years, all in the name of style.

From too-tight gowns to literal tape, Kim’s love of fashion is, well, Kim, we’re worried about you.

Shall we take a slow and assisted walk down memory lane?

Well, first of all, the woman revealed she crash dieted – let’s not condone that – in order to fit into the iconic gown, losing 16lbs in a matter of weeks in a move that has really divided the masses.

But, once actually in the gown (which didn’t do up, by the way) Kim really struggled to navigate the Metropolitan Museum Of Art’s famous steps, hopping about in her platforms.

At one stage, she needed assistance not only from boyfriend Pete Davidson, but also a series of helpers to make her way along the red carpet, taking the steps one at a time as well as sideways in part due to the hardcore restriction of the number.

Only a few weeks ago Kim turned up to the Balenciaga show in Paris Fashion Week wrapped neck to toe in tape emblazoned with the fashion house’s logo.

On initial inspection, you may think she had managed to squeeze into a suit that appeared to be wrapped in tape, but in actuality Kim was quite literally wrapped in tape.

She shared behind the scenes footage of her preparation, as no less than four assistants got to work on her limbs, encasing her in bright yellow sellotape which made it a mission getting from A to B…and P.

Kim was seen very slowly, and robotically, arriving at the show – and if she needed to go the loo? Tough.

She later revealed she had to be cut out of the outfit (with her wearing a black leotard underneath), which is now being preserved.

The power of Kimmy.

It’s really a thing for Kim to go above and beyond for the Met Gala, it seems, and 2019 was no different as she donned a gorgeous Thierry Mugler dress.

The dress was covered in little crystal beads which gave the illusion of water drops, however she revealed they felt like a ‘cactus’ poking her on the inside.

Similarily to the Balenciaga tape, when asked how she might go to the bathroom, Kim revealed she was willing to ‘pee her pants’ and have her sister ‘wipe her leg.’

But that didn’t come close to the fact the outfit was so tight she struggled to breathe, move or sit down.

‘I have never felt pain like that in my life,’ she told Wall Street Journal magazine.

‘I’ll have to show you pictures of the aftermath when I took it off – the indentations on my back and my stomach.’

She admitted to needing ‘corset breathing lessons’, too.

She sported a pretty outrageous corset for the event, which gave her a freakishly tiny waist, but also, according to the star, also really restricted her breathing.

Which is what you don’t want to do, kids.

Kim struggled so much to put on a mustard, latex Balmain suit the woman hurt herself as four people got her into the outfit.

She said in a clip in 2020: ‘I literally feel like I pulled a muscle on my shoulder.’

Sure she looks good, but at what cost?

Last month Kim stepped out in New York in a black, strapless dress some joked looked like she was in a baby swaddle.

You have to admit it doesn’t appear to leave much room to move one’s arms, as the reality star and mogul kept her limbs by her side as she walked along (which, you try to do it, is really hard to do).

Anyway, are we obsessed with her outfits? Yeah probably.