Amanda Holden suffered an episode of flatulence at a rather awkward moment when she accidentally farted during her Heart FM breakfast radio show. 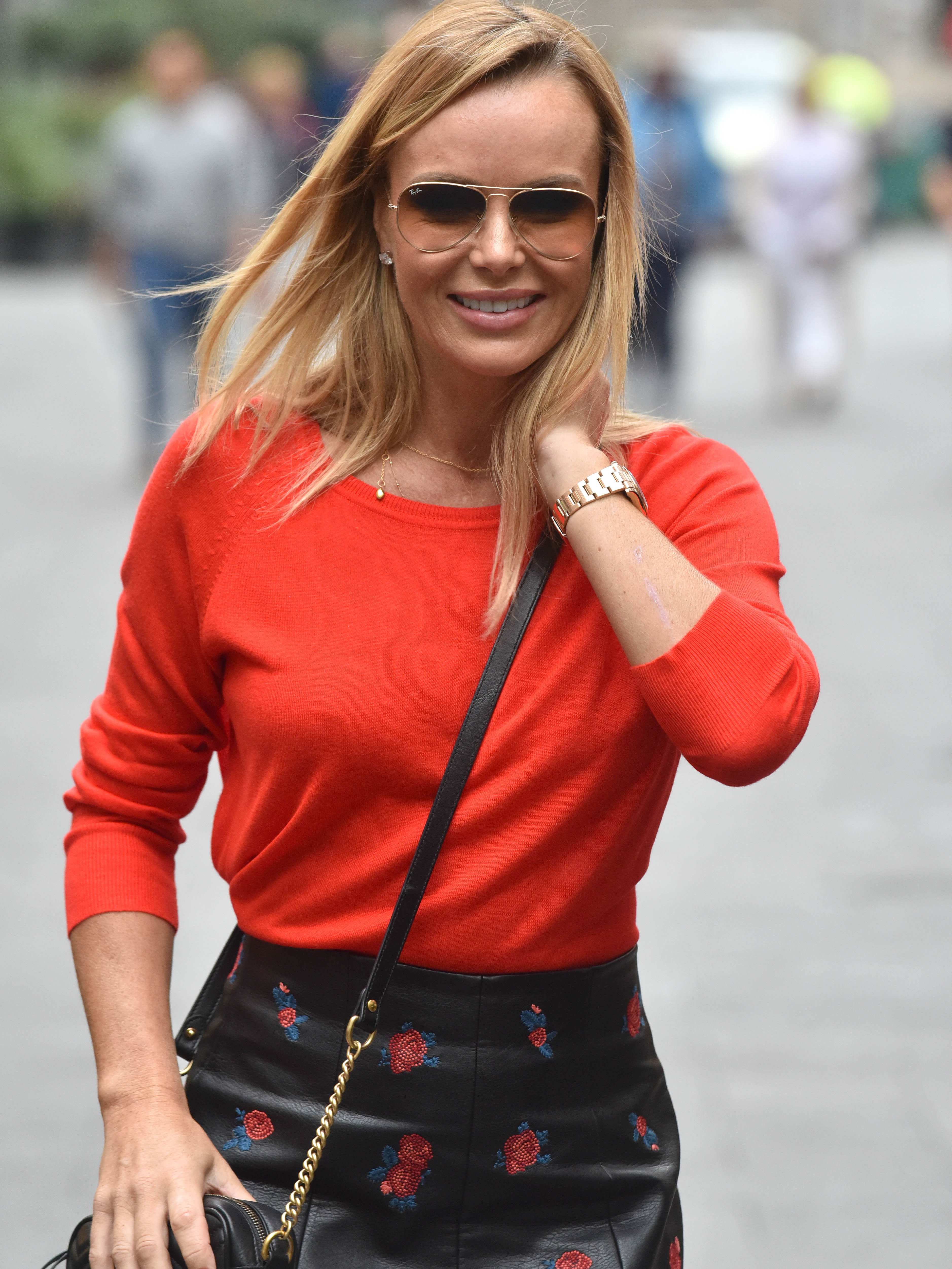 The morning broadcast, which is filmed via a live stream, is hosted every weekday by 48-year-old Amanda and her co-host Jamie Theakston.

But the stunning Britain’s Got Talent judge fell victim to a rather embarrassing bodily function yesterday morning, accidentally letting one slip on air.

As the mum-of-two boogied away on the show’s live video link, she can be seen pulling a rather suspicious face, before admitting her guff to Jamie.

Mouthing the words ‘I’ve farted’, Amanda slid away in her chair and began wafting the air, before pulling a totally guilty expression.

The footage of the hilarious mishap was shared on Heart’s Twitter account, prompting some funny replies from followers.

One penned: ‘At least you owned up,’ while a second put a cheeky spin on the channel’s classic slogan, adding: ‘#thisisfart.’

Amanda is rarely shy when it comes to opening up about, erm, personal issues, so we doubt she’s feeling too humiliated after her windy accident.

The telly babe even recently admitted to pooing her pants while drunk during a grilling with funny man, Keith Lemon.

MORE:Amanda Holden admits she loves when people talk about her ‘tired old breasts’ as she hits back at revealing outfit criticism

In an episode of Shopping With Keith, the Celebrity Juice comedian asked: ‘Have you ever got so drunk you’ve crapped your pants?’

Coming straight out with it, Amanda said: ‘Um, yes. Yes I have. I pooed myself’ before adding, ‘But I did have a funny tummy.’

Sharing some seriously graphic details, she continued: ‘It felt like I had a small b***ock in my pants. Like a warm, pooey b***ock.

‘My then-boyfriend – this is how much he loved me – went home and he rinsed my knickers. That’s love isn’t it?’