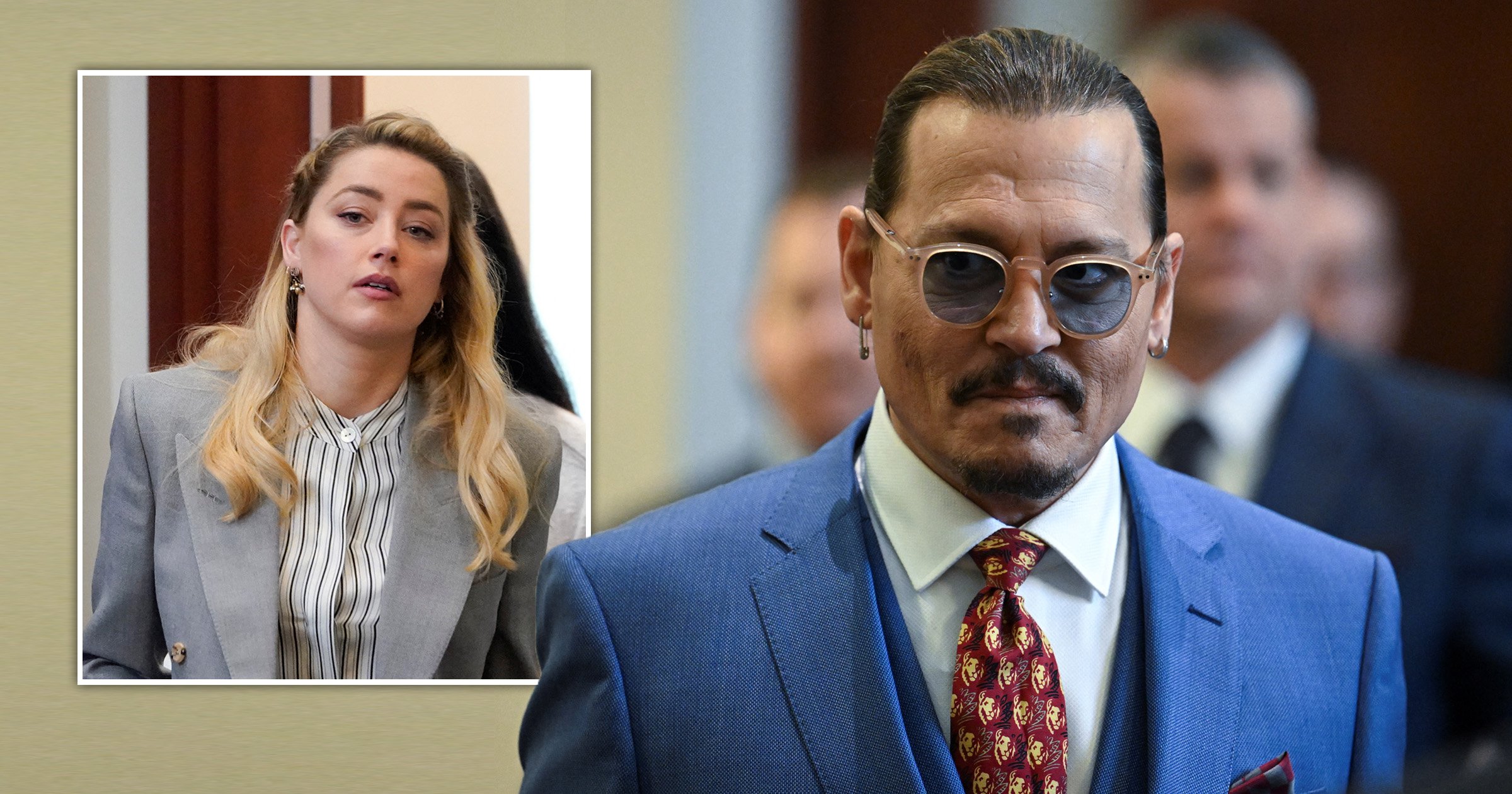 Depp, 59, had emerged victorious after a six-week trial beginning in April, after suing his ex-wife, 36, for $50million (£40million) for defamation over an op-ed she wrote in 2018 about her experiences with domestic violence.

Although Depp was not named in the article, his team argued that it implied he was sexually and physically abusive over the course of their relationship, which the Pirates of the Caribbean star vehemently denied.

In newly unsealed court documents via Page Six, Heard, who was married to Depp between 2015 and 2017, alleged that the actor had suffered from erectile dysfunction, which she claims led to him sexually assaulting her with a bottle.

The filing, from March 28, alleged: ‘Though Mr. Depp would rather not disclose his erectile dysfunction condition, such condition absolutely is relevant to sexual violence, including Mr. Depp’s anger and use of a bottle to rape Amber Heard.’

Heard’s lawyers claimed the condition would make it ‘more probable’ that Depp may get ‘angry or agitated’ with Heard.

The Aquaman actress had been questioned about the alleged incident in court by Depp’s attorney and admitted she hadn’t sought medical attention.

According to court documents, the alleged incident happened during the same fight in Australia in March 2015 in which Depp was left with the tip of his finger severed, a month after the pair got married.

Depp had told the court that Heard had allegedly thrown a vodka bottle at him, which smashed against a counter he was leaning on, severing part of his finger.

Unsealed documents further claim that Jennifer Howell, a former friend and boss of Heard’s sister Whitney Henriquez, said in her deposition that Henriquez had told her Heard had severed Depp’s finger – which Heard had claimed Depp had done to himself while drunk.

Howell claimed Henriquez took a call while they were in the office together, screaming: ‘She’s cut off his goddamn finger’.

She told Depp’s attorney Camille Vasquez during her deposition: ‘She just screamed, “She’s done it now. She’s cut off his goddamn finger”’ and made this huge proclamation. And I pushed my chair back. I was like, “What?”

‘And she went out the door and she called someone. I don’t know who she called. That’s what was said.’

Following the trial, the jury confirmed that they had unanimously reached a verdict and awarded Depp $10million (£8.1million) in compensatory damages, and a further $5million (£4million) in punitive damages. Heard won one of her three defamation countersuit claims against Depp and was awarded $2million (£1.6million).

Metro.co.uk has contacted reps for Johnny Depp for comment.