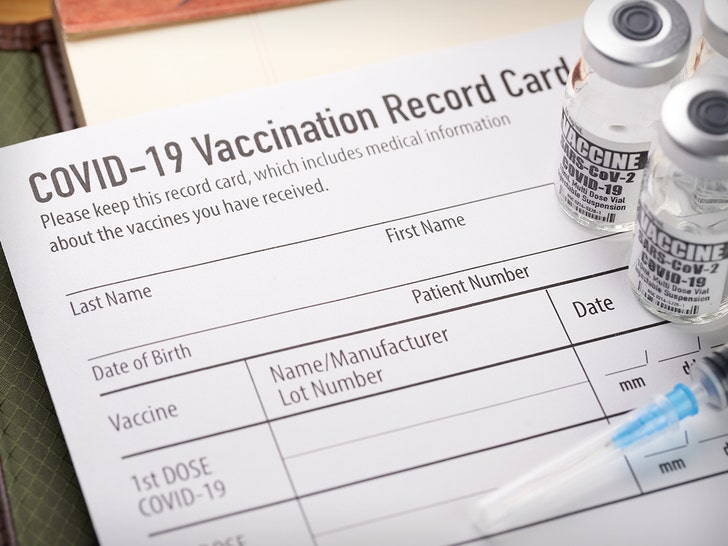 You’ve heard of people falsifying their vaccine cards to avoid having to get the jab — but here’s another example of the same exact thing … but in the opposite direction.

The AP reports that a small handful of Americans have been caught red-handed trying to lie about their vaccination status — this in order to receive a third booster shot before it’s officially approved by Uncle Sam … all because they’re freaked out about the rising variants.

In one instance, a 26-year-old grad student named Gina Welch admitted to the AP that she’d successfully gotten her third booster already … by simply going to a clinic and telling ’em it was her first. Her rationale boils down to … I’ve done the research and I’m sick of waiting.

It’s unclear if the healthcare system/her insurance company has caught on over the discrepancy yet — but even if they have, it’s too late by now … Welch was able to prance in and get the damn thing without much checking or hassle, it seems. Ditto for at least 900 others in the country, who appear to have already triple-dipped for inoculation, so says AP.

It would appear some folks — a vast minority at this point — are fed up with having to respond to government entities … which admittedly move slow on this sorta thing. That’s pretty ballsy — but it’s also incredibly telling … for a multitude of reasons, really.

For one, our own healthcare experts — including Dr. Fauci — have, indeed, said that a booster will likely be needed in the future to ward off Delta, Lambda and all these other COVID variants that are springing up … and they’re even working on rolling that out for the elderly and immuno-compromised right now. ‘Til then, the rest of us gotta get in line.

More importantly, WHO has strongly suggested that wealthier countries — like the U.S. — hold off on getting the booster, ’cause several poorer nations haven’t even gotten their first rounds yet. So, ethically, we should wait on that front too … but these people clearly feel otherwise.