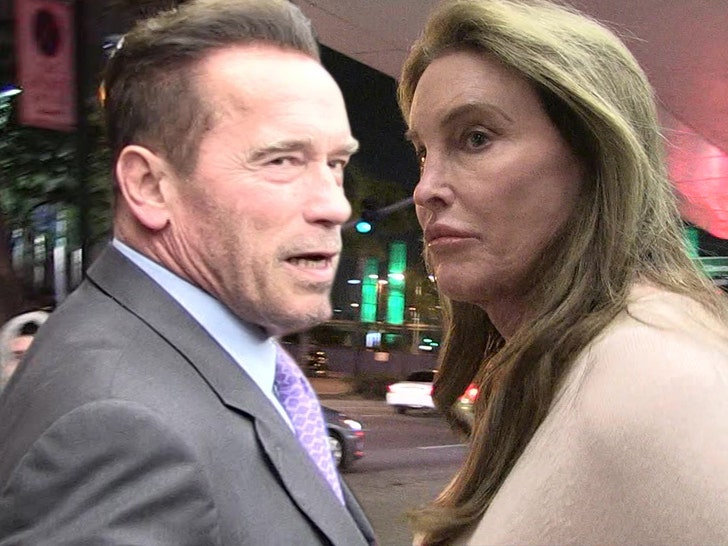 Caitlyn Jenner is following in Arnold Schwarzenegger‘s footsteps in her bid for Governor of California — and wouldn’t you know it … the man himself has some sage advice!!!

The former Governator did Jimmy Kimmel‘s show Monday night and was asked what he made of the former Olympian taking a crack at politics, like Arnold did almost two decades ago. Long story short … Arnold says she could win. 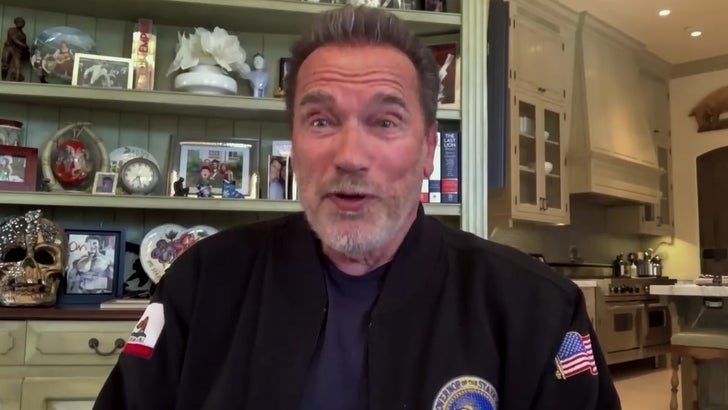 Now, Arnold stopped short of endorsing Caitlyn … but did note that, just like in his 2003 race, anybody could take the prize based on how dissatisfied Californians seem to be with Gavin Newsom. And yes, that includes Ms. Jenner herself.

Ahnald says it’ll be far from a cakewalk for Caitlyn, though, despite her fame. He tells Jimmy there will probably be upwards of 100 Republican candidates vying for the job — about the same number in his race.

So, how should Caitlyn stand out in the crowd? Arnold dished some advice, saying gubernatorial candidates need to have a sharp vision that they can easily communicate to the masses. Not just that, but he says they gotta be able to convince folks why they’re qualified.

It also sounds like the ex-Gov might’ve actually spoken with Caitlyn already about her bid … but he didn’t go into deets of what they might’ve discussed. What’s also obvious here is that the guy’s trying to be diplomatic … he notes he’s buds with Newsom AND Caitlyn, and doesn’t wanna show his support one way or another at this point.

Still, ya gotta wonder who he’ll vote for come election day. Based on what he’s saying here … we’d say it’s a toss-up.