He’s hers! Ashton Kutcher made his feelings for wife Mila Kunis perfectly clear after his ex-wife, Demi Moore, discussed their marriage at length in her new memoir, Inside Out.

“Oh, Mila Kunis, I love you,” the actor, 41, said during the Thursday, September 26, episode of Hot Ones, before joking about the couple’s kids. “If I don’t make it out of this, honey, take care of the children.” They share 4-year-old daughter Wyatt and 2-year-old son Dimitri.

Elsewhere in the video, Kutcher revealed how the That ‘70s Show costars keep the spark alive. “My wife and I, we go on a date every Wednesday,” he explained. “We have date night.”

The duo, who wed in July 2015, appreciate time with their children too, of course. The family was spotted enjoying a day at Disneyland in Anaheim, California, on Saturday, September 28. 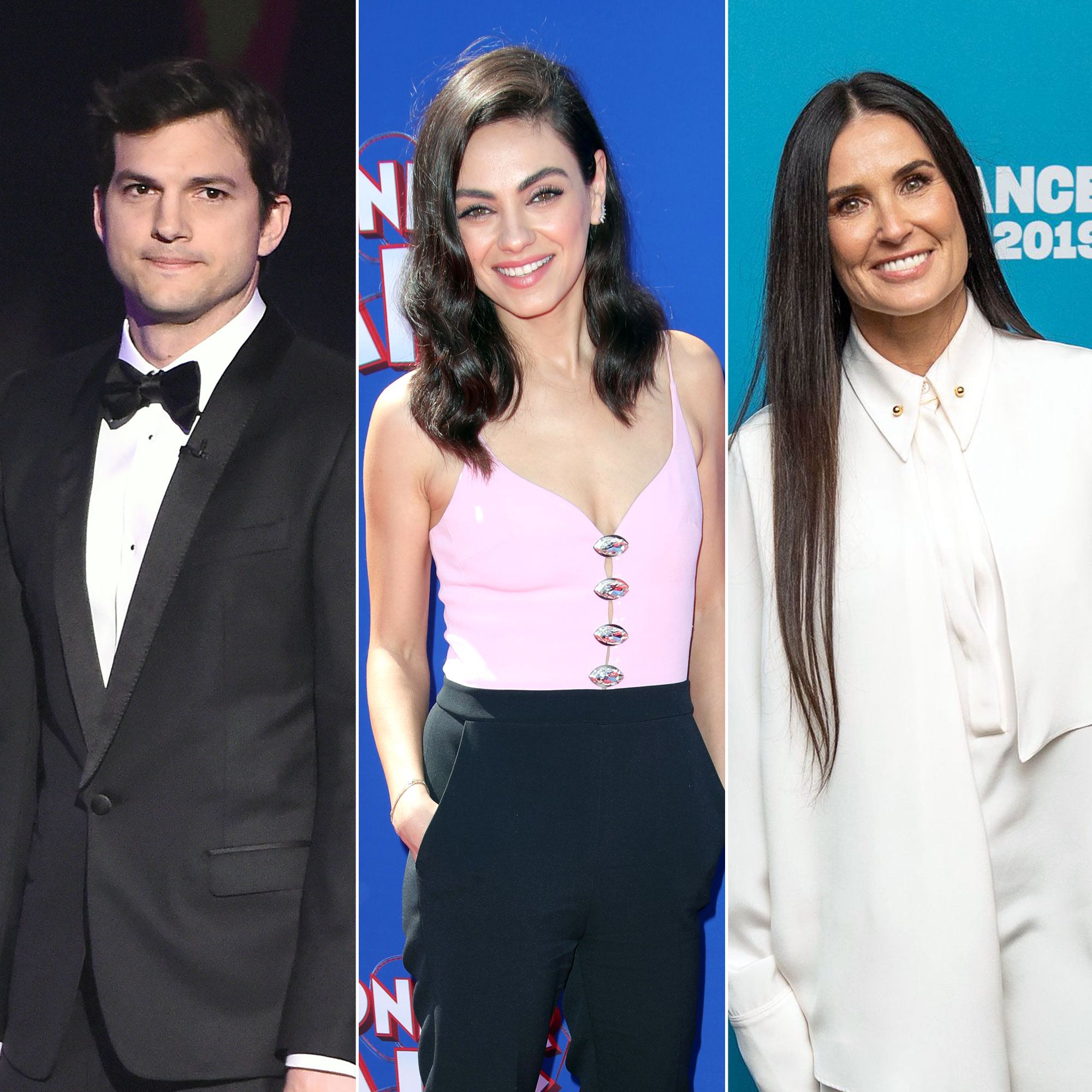 Kutcher’s declaration of love came after Moore, 56, divulged intimate details of their marriage, which lasted from 2005 to 2013, in her book. For one, the actress claimed that threesomes contributed to the demise of their romance. “There was two different people we opened our relationship to, and they didn’t have bad intentions. … They were good people, but it was still a mistake,” she wrote.

Us Weekly broke the news that Kutcher allegedly cheated in 2011. According to Moore, he tried to “deflect blame” because of the threesomes.

The Ghost star also disclosed that she suffered a miscarriage while dating the Ranch actor. “It was my fault, I felt for sure: if only I hadn’t opened the door to drinking, I never would have lost the baby. Even worse, I was still smoking when I found out I was pregnant, and it took me a few weeks to quit completely,” she noted. “I was wracked with guilt and convinced what had happened was my doing.”

Moore alleged that Kutcher “encouraged” her to start drinking again after pondering aloud whether “alcoholism is a real thing.” She explained, “I wanted to be that girl. The girl who could have a glass of wine at dinner, or do a tequila shot at a party. In my mind, Ashton wanted that too.”

The No Strings Attached star seemingly fired back at his ex with a cryptic social media post on Tuesday, September 24. “I was about to push the button on a really snarky tweet,” he wrote via Twitter. “Then I saw my son, daughter, and wife and I deleted it.”

According to a source, Kutcher is not upset by the memoir. “Ashton knew what was coming. He had a heads up on what is in the book,” the insider told Us. “He’s not mad or disappointed. This is Demi’s truth, and he always felt sympathetic toward her. He knows her story and that her upbringing was difficult.”