Houston Fire Chief: Officer may have been injected with drugs at deadly Astroworld concert

Houston Fire Chief Samuel Pena discussed the latest on the investigation into the deadly stampede on ‘America’s Newsroom.’

Agents from the FBI will further strengthen the investigation into the Astroworld Festival tragedy by offering manpower, sources and its agents’ interviewing and cyber-forensic skills, a former special agent-in-charge said Tuesday.

A spokesperson for the FBI’s Houston Field Office told Fox News Digital on Tuesday that the agency had offered its assistance and resources to the Houston Police Department, the lead investigating agency, and was “poised to assist.”

“It is standard practice for the FBI to assist our local law enforcement partners if we have a tool, tactic, or technique that could benefit their investigations,” said the spokesperson, Brittany Garcia. She referred further questions to the police department. 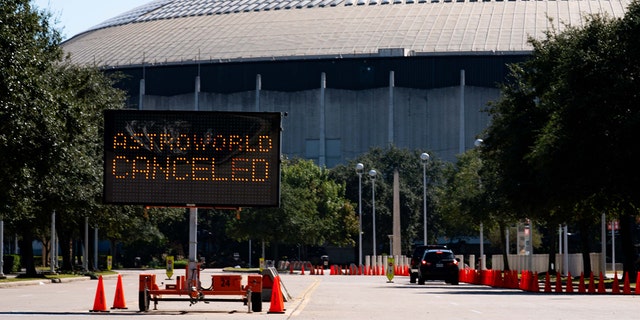 A street sign showing the cancellation of the Astroworld Festival at NRG Park on Nov. 6, 2021 in Houston, Texas.
(Photo by Alex Bierens de Haan)

Eight people died after a crowd surge during a Friday night music festival, Astroworld, in Houston, Texas. Event headliner and founder Travis Scott, a Grammy Award-winning musician, had just taken the state at the outdoor festival that is now the focus of a criminal investigation into how the deadly chaos erupted. Authorities have said 50,000 people attended the sold-out event and more than 300 people were treated at a field hospital at the concert.

Among the hundreds injured was a 9-year-old boy who was trampled and remained in a medically induced coma at a Houston hospital Tuesday, according to his family. 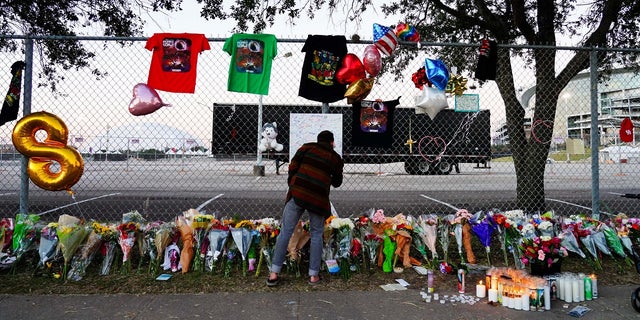 A visitor writes a note at a memorial outside of the canceled Astroworld festival at NRG Park on Nov. 7, 2021 in Houston, Texas.
(Alex Bierens de Haan/Getty Images)

Speaking to Fox News Digital on Tuesday, Michael Tabman, a retired FBI special agent in charge who oversaw the Minneapolis Field Office, said the agents from the Houston Field Office will be able to offer manpower, in addition to a wealth of knowledge and expertise in terms of cyber-forensics – scouring social media and the internet for useful information – and “interstate tracking,” or locating people who traveled to the event from other states.

He described the investigation as being “huge” – just as big as the probe into the events at the U.S. Capitol on Jan. 6, if not bigger, he said, and noted: “It’s going to take the FBI expertise.”

“One of the key missions of the FBI is to assist local law enforcement when they need it, and that could be, for this particular example, finding people in other states,” he explained. 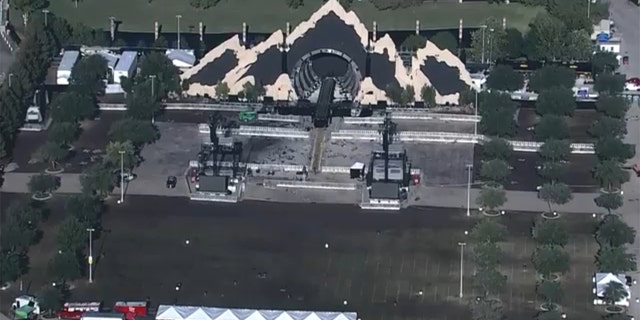 The site of the Astroworld Festival in Houston is seen from the air Saturday, Nov. 6, 2021. At least people died Friday after the crowd at a Travis Scott concert compressed and panic ensued, officials said.
(KRIV)

Tabman, who worked as a police officer before joining the bureau, added that agents involved in the investigation likely have cyber forensic skills and resources that the local department might not be afforded.

“We have that expertise and just the extra manpower of getting things done, maybe manning, you know, hotlines and helping coordinate getting people out to cover leads and do interview,” Tabman said. “So, there’s a magnitude of responsibilities the FBI can help with.”

In addition to looking for images and videos from Friday night’s stampede, Tabman said agents are likely looking for any social media posts or activity that might indicate someone went to the festival with the intent of causing such a surge, which he said might be considered a riot depending on what evidence is found.

When asked how long an investigation of this magnitude might take, Tabman said simply, “It takes as long as it takes.” 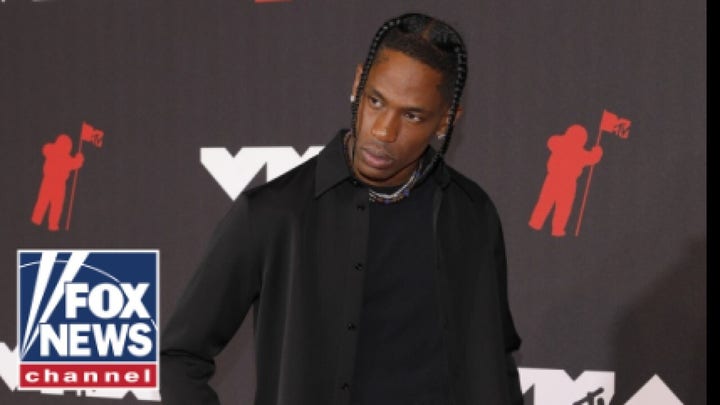 “It just has to take its natural course until they see there’s no more logical leads to be pursued,” he continued.

Experts told the The Associated Press crowd-surge deaths happen because people are packed into a space so tightly that they are being squeezed and can’t get oxygen. It’s not usually because they’re being trampled.

Astroworld’s organizers laid out security and emergency medical response protocols for the festival in plans filed with Harris County. The 56-page plan, obtained by The Associated Press, says any decision to evacuate the event would be made by the festival director after consultation with other individuals, including the security director. Such plans have to be reviewed by Houston police officials.

Houston Fire Chief Samuel Peña said during a news conference Saturday that the injuries and size of the crowd “quickly overwhelmed” the private companies providing security and medical services. Peña said even though the medical operations plan did not require the fire department to have units pre-positioned around the festival, those units were in place “in case this incident escalated.”

Houston Police Chief Troy Finner said in a statement on Monday that he had a “brief and respectful” meeting with Scott and the rapper’s head of security on Friday before his performance. The chief said he asked them to work with the police department.

“I expressed my concerns regarding public safety and that in my 31 years in law enforcement experience I have never seen a time with more challenges facing citizens of all ages, to include a global pandemic and social tension throughout the nation,” Finner said.

The police department’s probe would be separate from such outside investigation.