Oops! She did it again. Britney Spears shared another dancing video on July 12, and her fans can’t get enough of it.

As Britney Spears, 39, prepares for what’ll likely be another heartbreaking court hearing on July 14, she’s giving her fans what they want — another hot dance video. In a new clip shared on her Instagram page on July 12, the legendary goddess can be seen wearing a small red crop top and short shorts while dancing to Billie Eilish‘s “Bad Guy”.

Britney’s caption was simple — all she wrote was “RED !!!!” — but she could have left that space blank and her followers still would have went wild. It’s a video of Britney dancing after all. If you ask us, things don’t get much better than that on Instagram.

“Okay.. I like Britney doing a Lil Billie Ellish jiggly twirl bop whirly whirl!!!,” one fan wrote, while another commented, “This is actually really really good. We are rooting for you.”

The hot new video comes just one day after Britney shared a series of photos showing her and boyfriend Sam Asghari, 27, on a hike together. In those pictures, the singer rocked a pair of gray short-shorts, a Navy blue Queen t-shirt, and a pair of sneakers, so we think it’s safe to assume that Britney loves wearing short shorts. 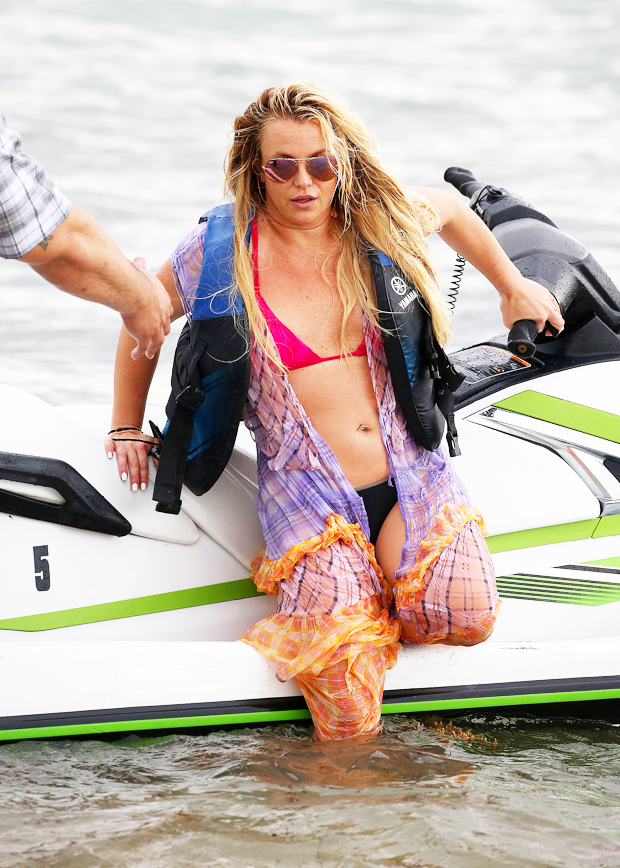 Despite all the difficulties she’s currently facing in her conservatorship battle, Britney looks pretty happy. But that doesn’t mean all is well with the singer. Now that her manager, Larry Rudolph, and court-appointed lawyer in the conservatorship, Sam Ingham, have stepped down from their respective positions, it’ll be interesting to see what new developments come later this week, when Britney faces the judge yet again.

Her last court testimony on June 23 was extremely heartbreaking and the things she revealed were startling, so we can only imagine Britney’s hearing on July 14 may be just as emotional. It’s not yet clear, however, if Britney will speak this time around. The new hearing is expected to resolve a number of issues like whether Britney can hire her own lawyer now that Sam has resigned.