Brooke Burke recalls preparing to pose for Playboy: ‘I’ve always taken the best care of myself’

EXCLUSIVE: At age 49, mom of four Brooke Burke is feeling more confident than ever about her body.

The TV personality and former swimsuit model, who graced the cover of Playboy in 2004, has always been keen on taking care of herself, however, it wasn’t until her 40s that she fully understood her body. Now she’s not only achieving her wellness goals, but she’s also enjoying herself while she does it.

Burke has since taken what she’s learned, coupled with her lifelong passion for wellness, to uplift those looking to kickstart a new workout regimen through her app, Brooke Burke Body, which aims to offer various exercises that can be done indoors.

The former “Dancing With the Stars” host, who has come up with clever ways to keep moving while practicing social distancing, insisted anyone can look forward to at-home fitness and develop a new appreciation for your body.

Burke spoke to Fox News about why staying in shape isn’t about sacrifice, how fasting is a part of her life, as well as what we’ll always find in her kitchen. 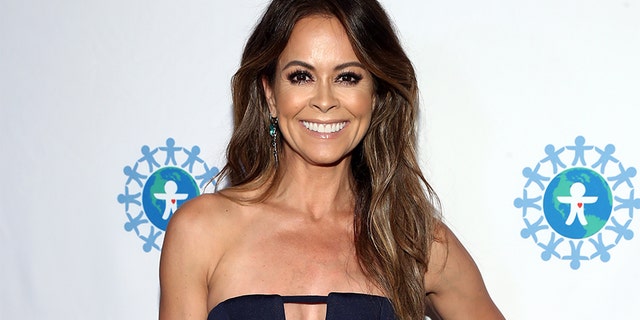 Fox News: You’re a Playboy cover veteran. Looking back, how did you physically prepare for those shoots?
Brooke Burke: I’ve always taken the best care of myself. I think being a swimsuit model and coming from that background, I was always very conscious. But to be really honest with you, it’s easier for me today in my 40s because I understand my body. I’ve come to understand how to be efficient with my time, how to tone, sculpt and train my body while enjoying life.

It’s not at all about sacrifice. I tell women in my community that it’s essential to design a lifestyle that’s sustainable and something you will actually enjoy. That way you will use your time wisely. If you gave five minutes, 20 minutes or 45 minutes a day, there’s something for you to do at any age, any stage of your life. You have to learn what works for you, your body and time. It has to be sustainable. That’s how we can make a commitment and achieve our wellness goals. 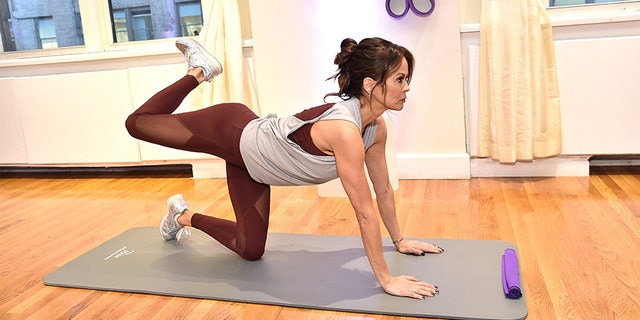 It’s very common that people want to get into their bikinis for the summer or those extra five pounds for a special event. For me, it’s all about taking care of myself year-round. So I never really modified my lifestyle to prepare for something important. I think now I work out stronger and smarter as a mother of four and as a woman in my 40s, mostly because I understand the benefits from that that go way behind fitness. It’s more than just getting into the best shape of your life. It’s about how I feel and creating more energy.

Fox News: Have you always been a fan of fitness?
Burke: Oh yes… I’m in a space right now where fitness for optimal living has become a big part of my life. I’ve been an advocate for women’s health for a very long time, but it has become a much bigger part of my life, for sure.

Fox News: You’ve built this community around your fitness app. When did you realize that you wanted to help other women?
Burke: When fitness digitized, I realized that through an app, I could work out with women and even men around the globe kind of 24/7 and build a community where I can offer support and encouragement. I also guide them through the world of fitness and help them discover what works best for them. As a mom of four kids, I’ve always had a very demanding, chaotic lifestyle. However, carving out some time for myself that’s effective and efficient has been a game-changer for me, physically and mentally. 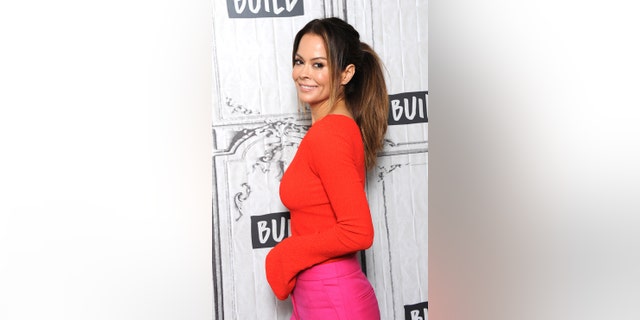 Brooke Burke is a proud mom of four.
(Photo by Desiree Navarro/Getty Images)

And during COVID-19, I’ve been able to do live streams to create a global connection without having to be in person. There’s never been a greater demand for fitness apps than right now. The digital possibilities are endless and allow you to take out all those excuses that we’re really good at making.

Fox News: How can we make fitness fun?
Burke: I think the real issue of why a lot of people don’t stick to their goals and accomplish them is because they’re not as excited from the start… I think mixing it up is key. And you have to find something that works, something that you can be consistent with. A lot of people don’t love fitness. They’re intimidated by it. And then don’t know where to start so they don’t start. I’m really all about finding something that’s doable. Start small, listen to your body. I try to offer encouragement and compassion. It’s not a bootcamp. It’s a journey we take together. And I think a lot of women are really responding to that right now. 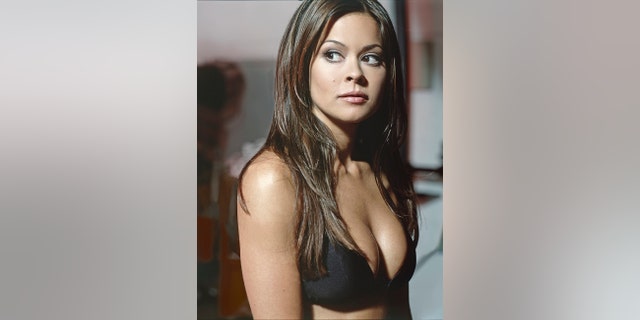 Fox News: You’ve also spoken about fasting in the past. How does it help you maintain your fitness goals?
Burke: I think the word "fasting" puts people in a panic, like a really negative thing to do. I’ve been intermittent fasting for several years. Believe it or not, I’m not hungry. It’s not super challenging. It’s the easiest type of meal plan that I’ve ever done. I spend more time in the kitchen preparing food. I feel healthier because I know what’s going in my gut and it gives my body a chance to rest and recover.

It’s very simple — I don’t eat for 16 hours. I have an eight-hour window. I’m mindful of what I put in my body. Intermittent fasting has been a game-changer. It’s more efficient in terms of achieving better energy and breaking down the fat in your body. It sounds scary but a lot of people are doing it now. And it's not a new concept, people have been doing it for centuries. I think if you remove the word “fast” and think about what you’re actually doing to your body, how you’re allowing your body to rest and recover, it will make a huge difference. 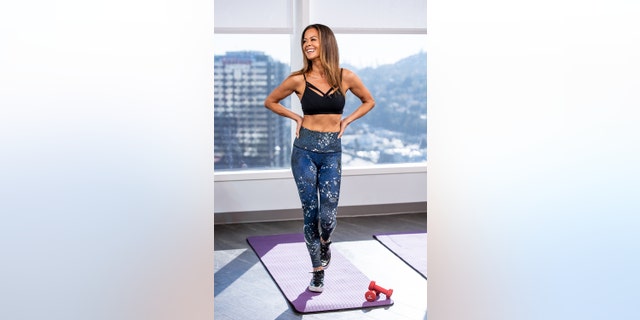 Brooke Burke believes anyone can achieve their fitness goals with some encouragement and compassion.
(Aaron Poole/E! Entertainment/NBCU Photo Bank/NBCUniversal via Getty Images)

Fox News: What are some things we will always find in your kitchen?
Burke: I’m a big believer that 90% of feeling good comes from what we’re putting into our bodies. So lots of colorful vegetables, lots of green tea, lots of soups, lean meats, protein and little sugar. I love to cook and I have a garden to grow fresh vegetables. The kitchen is sort of the conference room for my family.

In terms of supplements, there’s a lot of products out there. But I personally have been taking Tru Niagen for about six years. When it comes to mom fatigue, I need as much energy as possible to combat that and I like natural energy. We’re all grinding right now trying to raise our families, accomplish goals and tackle new shifts — it’s the new norm. So energy metabolism and cellular function are really important to me. I want to increase my energy and metabolism, but I also want to sleep at night… It’s a good supplement to consider if you’re considering taking one thing. 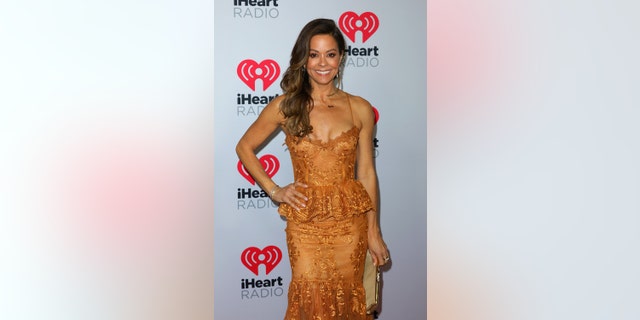 Fox News: On days when you feel like indulging, what’s on your plate?
Burke: It’s been pretty consistent over the years *laughs*. I would say a margarita pizza with olive oil on top, maybe some jalapeños for some spice. I really love red wine. I drink less of it because of the sugar content. But I would say crunchy, salty savory carbs would be my splurge. 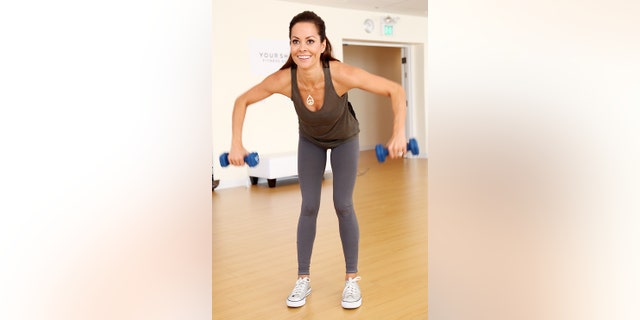 Fox News: You beat cancer in 2012. What’s the greatest lesson that you learn from that experience?
Burke: I learned the importance of yearly physicals and taking advantage of the medical opportunities that we have with early diagnosis. You know, I was diagnosed through a routine physical. So that lesson taught me the importance of yearly check-ups. I know a proper physical can be time-consuming and expensive, but it’s a part of what we have to do. We just have to do it. I think being a good patient, being responsible for our bodies is key. I don’t compromise with that ever.