Cardi B and Robert Pattinson might seem different on the surface — specifically in terms of introversion and extroversion. But the “WAP” rapper recently bumped into the elusive Twilight heartthrob and admitted to fans it made her feel like a teen.

Why should Cardi feel special about getting some time with Pattinson? Plus, what kind of exchange did they share? And does this mean they’re friends now? 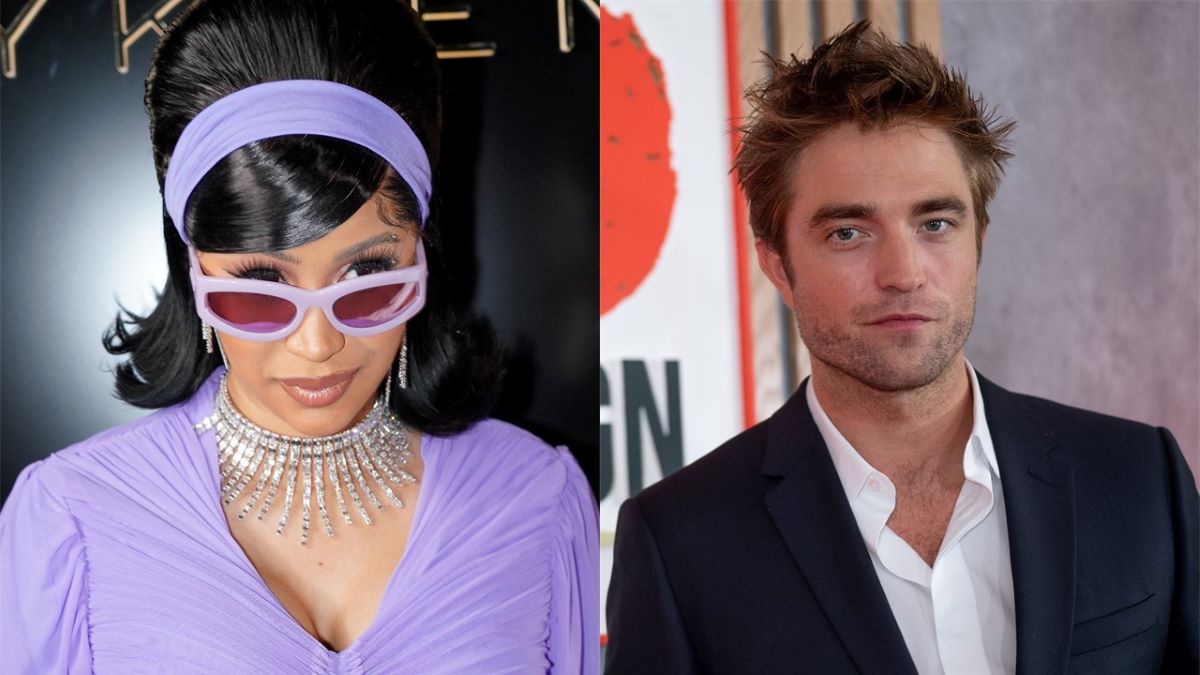 When Pattinson was in a relationship with Twilight co-star Kristen Stewart, it seemed like the publicity — more specifically the scrutiny that came with — was more than either star hoped for. Both actors spoke of wanting to keep certain aspects of their young romance private. But it was seemingly hard to do in a relationship that held so much public interest.

Since those days of their coupling being pretty much everywhere whether they liked it or not, Pattinson has grown a bit more selective about where he shows up. He was recently spotted with longtime girlfriend Suki Waterhouse, dispelling rumors the two broke up. Fans thought they split because they weren’t seen together for so long. But it seems it could have been because he just prefers not to be seen sometimes.

For an interview with GQ in 2020, the writer noted that when Pattinson wasn’t working, “He was hiding out. From paparazzi, at times. From the Hollywood studio system, at others.”

“I spend so much time by myself, ’cause you’re just kind of always forced to, that I can’t really remember what it was like not really having that kind of lifestyle,” Pattinson explained of his self-isolation.

So, it seems like a fortunate chance for Cardi that Pattinson was out and about to begin with.

In a brief video shared with fans on Twitter, Cardi is seen fixing her hair and looking to be having a good time before she invites someone else to join her on camera. She captioned the post, “Look who I met the other day! I felt like a teen!”

Of course, it turns out Pattinson was the person behind her fanaticism. And it’s hard to blame her for raving about meeting him. We don’t know exactly where they were or exactly how they ended up there together. It’s only a five-second clip, so the details are very few.

But we do know the universe worked hard and put Cardi and Pattinson in the same place at the same time.

Are Cardi B and Robert Pattinson friends?

Of course, the burning question for some readers might be — are they friends? But leave it to Cardi to let her curious public know. The answer is yes.

“Look at my friend, guys,” she gushes in the video. And Pattinson leans in beside her to smile for the camera. So, it looks like they became instant pals.

“As famous as she is it’s still so cute to see her excited meeting other famous people,” one Twitter fan commented on the video. And fans hope Cardi — outgoing as she is — might inspire her new friend to make some more fun appearances with her in the near future.