Carol Kirkwood hosted the weather for BBC Breakfast from London’s Somerset House today, where she was filmed standing in front of a number of fountains. It wasn’t long before host Charlie Stayt urged her to try and walk through the spirts of water, something she instantly regretted. The 57-year-old took to Twitter after the mishap to say he was in “trouble” for the suggestion, saying her hair had been “ruined”. The broadcaster, also 57, had started: “I cannot be the only person watching you this morning thinking with your ability to forecast things, you would be capable of walking through that fountain and time it to perfection, so that you didn’t get remotely wet.”

No that was not a very clever idea. Ruined my hair!

Carol replied: “Do you know Charlie, the only way I could probably be able to do that with conviction is if I asked them to switch the fountains off, because even standing here – the spray is coming right over us.”

However, back in the studio, he was not backing down: “If you start walking now, you see, right now – this is your moment…”

But in that instant, the fountains rose up again, and he quipped: “Oh no, it wouldn’t be your moment.

“But there is a patch – I’ve been watching it – when it drops right down and you’d be safe. Go on…”

“Lets see. If I get wet…” Carol agreed, before walking into the water right at the wrong moment. 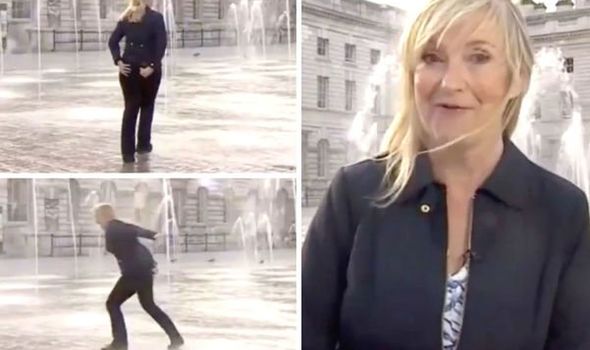 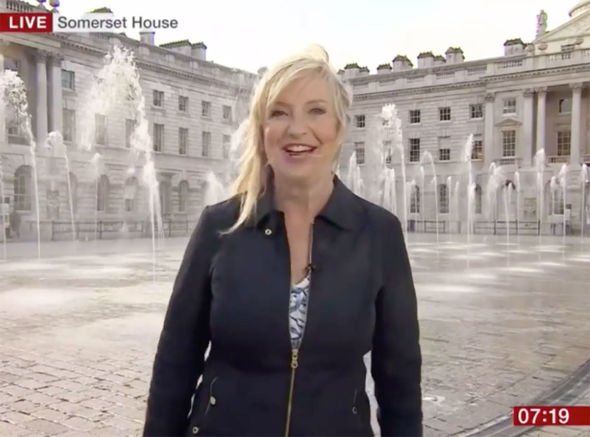 She was seen screaming and running away, adding: “No that was not a very clever idea. Ruined my hair!”

One user tweeted after the hilarious incident: “@carolkirkwood so how much trouble is Charlie in… #fountainGate @BBCBreakfast.”

“TONS!!!x,” Carol replied in jest, with a number of crying with laughing emojis.

Thankfully she had opted for a waterproof, quilted navy jacket for the day, with a patterned top and trousers. 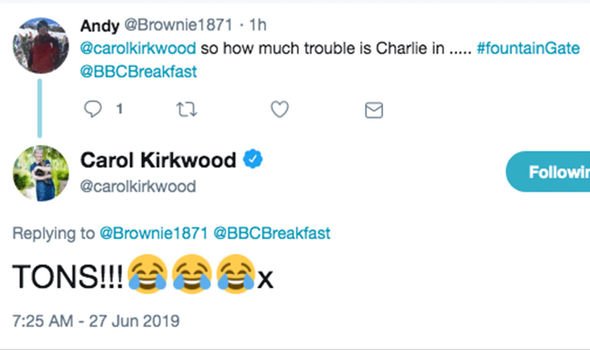 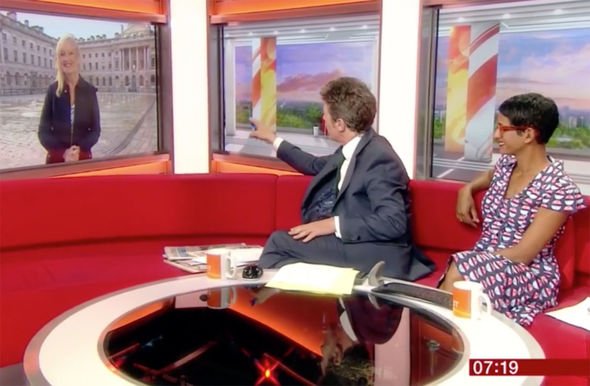 In view of her 156,000 followers, she shared an image of a colleague right next to the fountains, waving his arms in the air.

Meanwhile, it comes a day after Carol Kirkwood shocked the hosts with on-air announcement about a new role.

BBC Breakfast continues tomorrow at 6am on BBC One.