Carol Vorderman has taken to Instagram to warn her followers about some “strange” accounts which have popped up on the picture-sharing site, impersonating her. The Countdown legend advised fans to look out for the blue tick indicating verified users and warned of potential scams.

The 60-year-old TV and radio star told fans not to follow the other accounts in her name as they were “ALL FAKE”.

The BBC Radio Wales presenter warned her 80,000 followers of the hidden danger and admitted that she was worried that they would scam people.

“Morning lovelies,” she wrote online today, before speaking out about the matter. 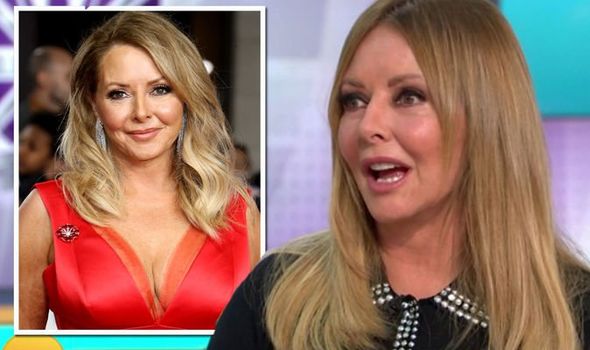 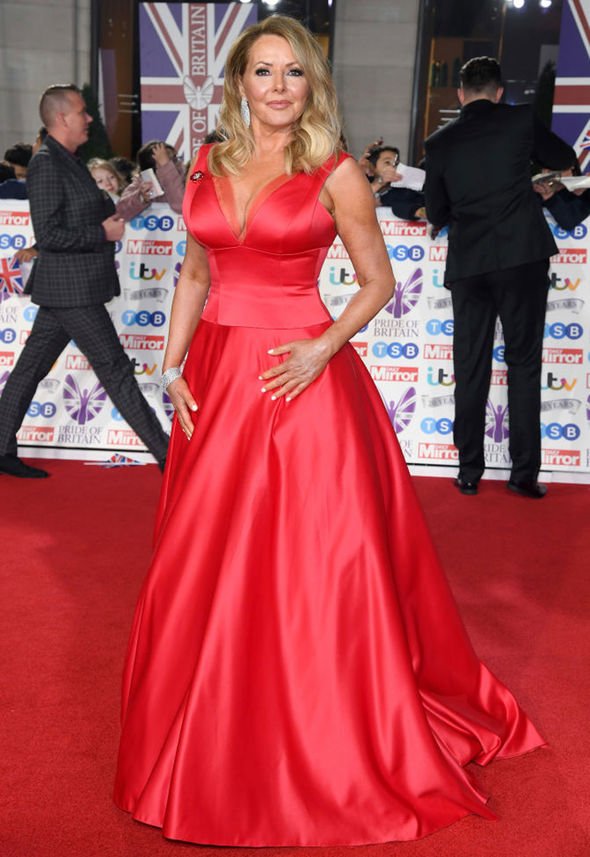 “Lots of you have been telling me that there are some strange Carol Vorderman accounts which have started following them,” the maths whiz began.

“PLEASE don’t follow them back, as they are ALL FAKE accounts, and I don’t want them scamming you for something.”

“Stay safe,” she urged her fans as she signed off. 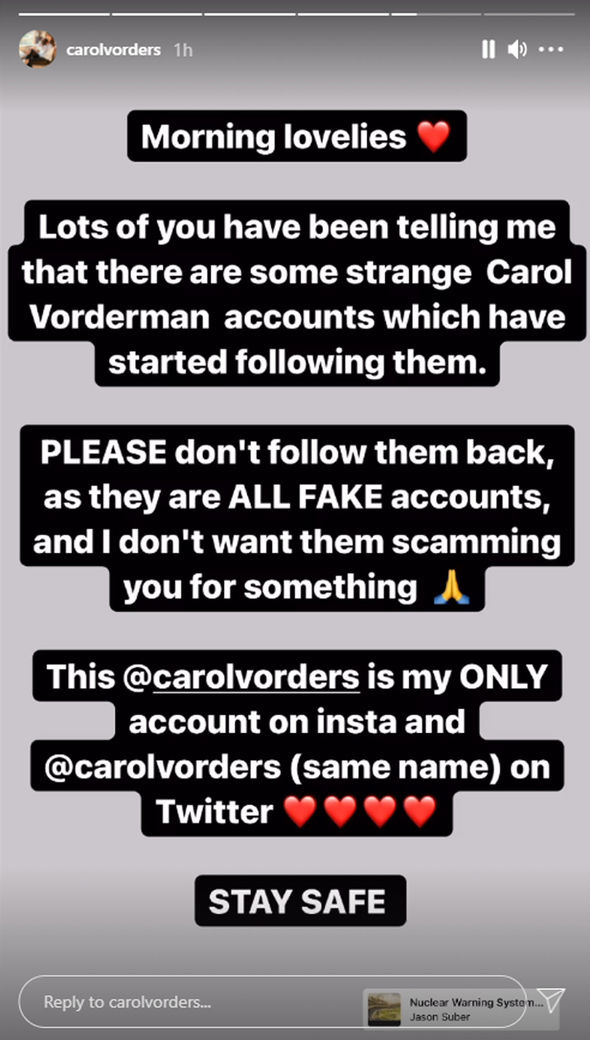 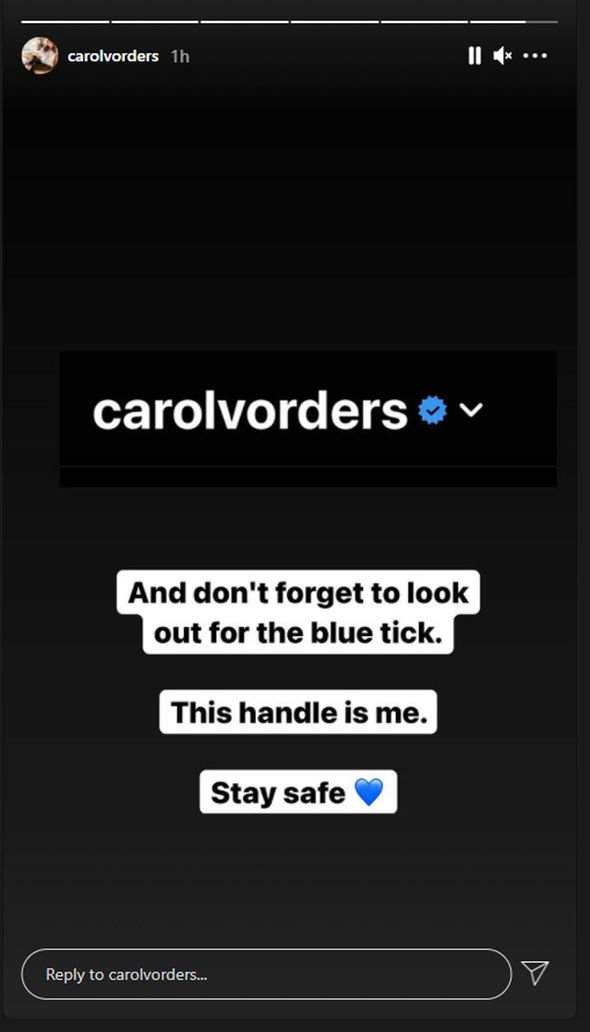 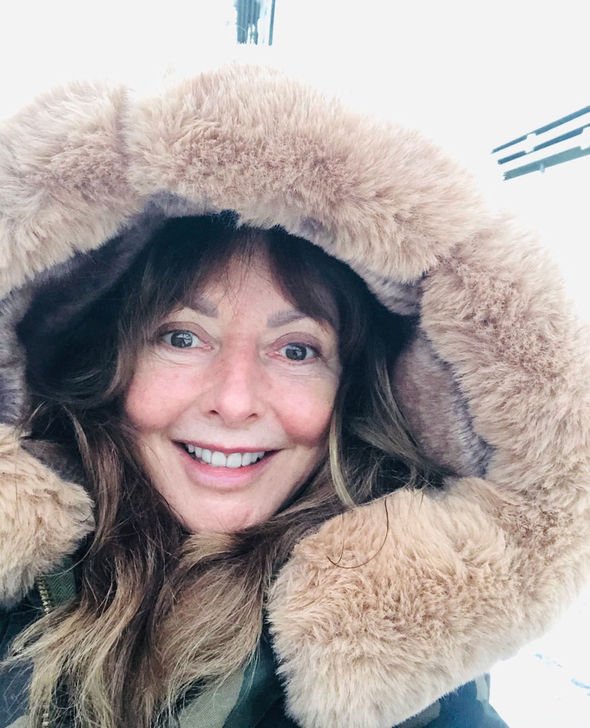 Carol then returned to the site to remind social media users about the verified tick.

“And don’t forget to look out for the blue tick,” she wrote.

“This handle is me,” the mum-of-two confirmed.

Just yesterday, Countryfile’s Helen Skelton shared a similar warning on her own account.

The 37-year-old presenter said she had received some “odd reports” from fans regarding an account which was impersonating her online.

“Please stop these nonsense accounts…,” she wrote, in view of her 233,000 followers.

“Getting some odd reports,” the former Blue Peter star added.

Last month, Carol sent her followers into a frenzy when she posted a make-up free selfie online.

The television star, who celebrated her milestone 60th birthday in December, wowed with her fresh-faced snap during a snowy outing.

She told her followers that she couldn’t be bothered to do her make-up for the early morning walk, but they reassured her that she was “naturally beautiful” and looked “lovely without makeup”.