Formidable boxer, Chris Eubank, who competed from 1985 to 1998, suffered a faux pas while parking in west London. Used to delivering knockout blows, the 56-year-old rolled over his designer bag caught under the wheels of his expensive convertible vehicle – not once but twice.

The 2.6 tonne convertible Rolls Royce Phantom made light work of the cream holdall before a passer-by came to lend a hand, helping the former professional boxer free it from underneath the car.

Pictures showed the helpful stranger, who appeared star-struck, as he handed over the bag to a grateful Chris, who got out of his Rolls Royce to thank him.

Having freed the now tattered bag with Chris’ famous bamboo walking stick, the boxer exited the vehicle showing off his eclectic sense of style which he has become known for.

The star was dressed in a black suit which came complete with a gold star broach, similar to one an American sheriff would wear. 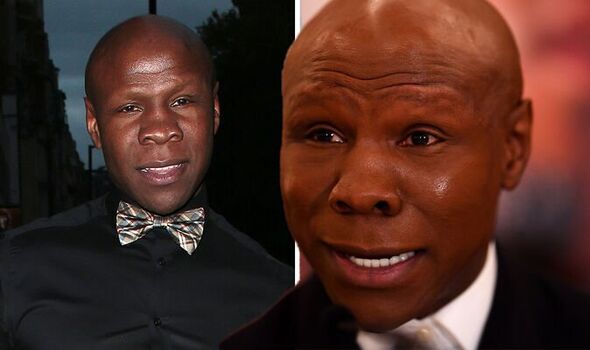 Also wearing a baseball cap, shiny pointed black shoes and a beaded necklace, from which his sunglasses hung, Chris made himself hard to miss, when parking his Rolls Royce only drew more attention to him.

The star, who is known for his love of monocles, has remained in the public eye since retiring from sport.

Most recently he had a brief stint on the latest series of BBC’s Celebrity MasterChef.

Joining the likes of Gareth Malone, Cliff Parisi, and Mel Blatt in his elimination episode, Chris entertained viewers greatly as he predicted he would do better than all the other contestants.

Showing off his competitive nature the sportsman declared that his fellow contestants “complain” too much.

He said: “You’re here, so let people see your light.”

Amongst the dishes cooked were British classic fish and chips and basil pesto with pasta.

Despite his assured confidence before he took to the kitchen, Chris quickly ran into challenges with the daunting use of a pasta maker.

Not once fazed as he battled the machine, Chris referred to his legendary career, saying: “Once you’ve been smacked in the teeth by Nigel Benn, you’re quite used to fear.” 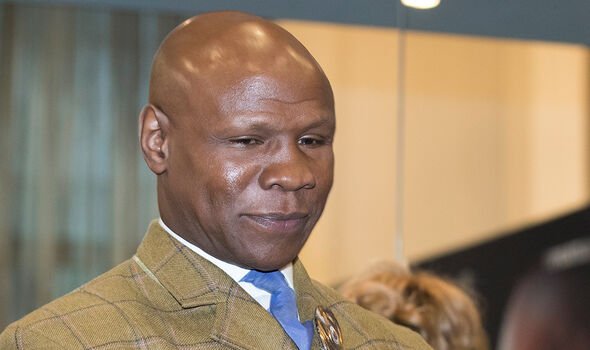 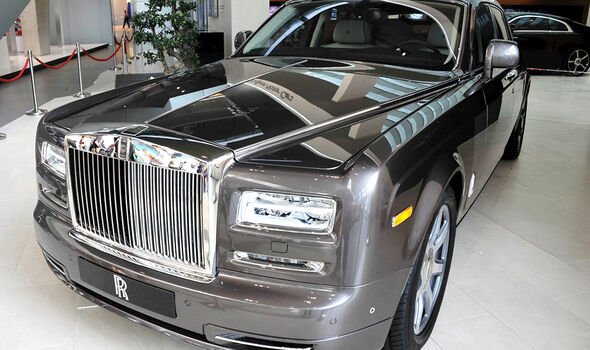 A slightly more quizzical quip came when judges John Torode and Gregg Wallace asked Chris if he had tasted his pesto before serving it, to which he confidently replied: “I can see the taste with my eyes.”

His quirky remarks left viewers in stitches, many of whom took to Twitter to express their joy at watching the boxer try to cook.

One user tweeted: “Chris Eubank on MasterChef is the gift that keeps on giving. Never mind cooking in a three piece suit…”

And another said: “Celebrity Masterchef is on and I’ve been introduced to the weird and wonderful wonder that is Chris Eubank….That man is strange but hilarious.”

A third shared: “If you’re not watching Chris Eubank on Masterchef you’re missing out I’ve got to tell you.”

Comments concerning Chris bringing the entertainment factor to television screens continued to pour in as the episode went on.

One user @MetcalfeCallum_ praised the casting team, suggesting they deserve a pay rise after booking Chris for the show.

Sadly Chris did not make it far in the cooking competition and was eliminated.

The latest series of Celebrity Masterchef has also been disrupted after BBC One suspended its regular programming following news that Queen Elizabeth II had died.

The BBC announced that the channel would go back to a more familiar schedule on Sunday evening (12th) with shows like The Capture set to air tonight.