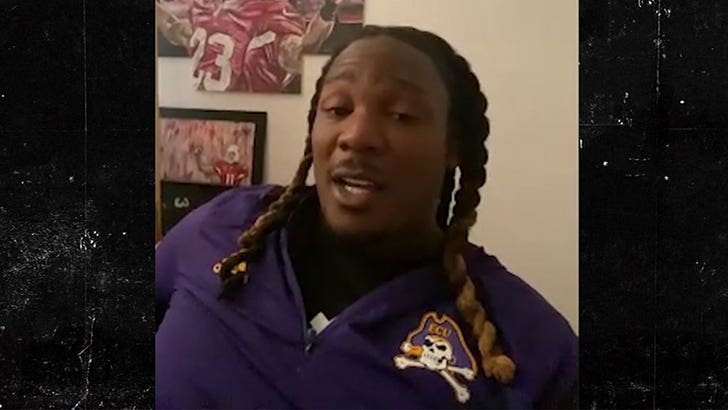 A shot at a Titans Super Bowl title did not end when Derrick Henry got injured Sunday … so says Chris Johnson, who tells TMZ Sports Tennessee is still “the team to beat.”

Of course, most disagree with CJ2K … considering Henry — who’s expected to miss the rest of the season after foot surgery Tuesday — was the leading rusher in the league and by far the Titans’ best player before his injury.

But, Johnson says he doesn’t expect a dip at all from the Titans going forward … saying there’s just too many playmakers on the roster to allow that to happen.

“We got a good quarterback,” the ex-Titans star said. “We got two good receivers out there. So we should be all right.”

Johnson tells us he expects to see Tennessee turn into more of a passing team … though he did say he’s confident if the team needs to rely on the newly signed Adrian Peterson, it can do that as well.

The former running back explained a Titans’ Super Bowl run is still more than possible … and even delivered an uplifting message to downtrodden Tennessee fans.

The first game without Henry is slated for Sunday night against the Rams — who, by the way, just added Von Miller to the roster this week.