Chris Pratt is looking fitter than ever! The A-lister has flexed his muscles while posing for a new shirtless mirror selfie, ahead of filming his latest TV show.

It seems Chris Pratt is vying for the title of Hollywood’s favorite Chris! The A-lister took to Instagram on May 7 to share a rare shirtless snap — and he looked fitter than ever! “Friday flex,” he captioned the pic, hashtagging his upcoming Amazon Prime show The Terminal List and his character’s name: James Reece. He wore nothing but black shorts in the snap, as he looked at the camera with a serious expression on his face. The post was even reminiscent of Tom Cruise‘s iconic turn in Risky Business — particularly the infamous scene where he dances around the house sans pants.

The Guardians of the Galaxy actor, who is married to former bodybuilder Arnold Schwarzenegger‘s daughter Katherine Schwarzenegger, joins an all star line up for the Amazon Prime show, including his brother-in-law Patrick Schwarzenegger, Hustlers actress Constance Wu and Elvis Presley‘s granddaughter Riley Keough. Chris is also set to star alongside Chris Hemsworth in the upcoming flick, Thor: Love and Thunder together, and the Marvel heroes had a funny exchange on social media.

“Hey bud. Just heard from my trainer and he needs you to stop working out because since we’re gonna be in the same movie and everything,” Pratt, 41, jokingly commented on his fellow Chris’ November 2020 Instagram post. “He doesn’t want me to stand next to you if you look like that, so I’m gonna need you to put on 25 lbs real quick cool thanks.” Hemsworth, 37, wittily shot back. 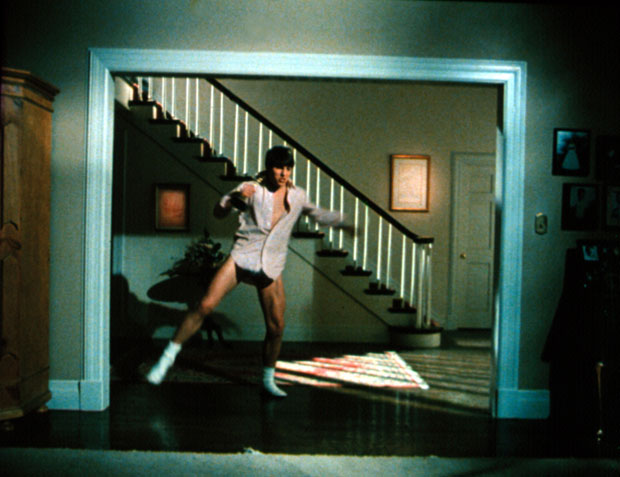 “Don’t worry mate, we can just both use the same fancy filter that’s been applied here,” the actor wrote. “It’s called instashred.” Hemsworth, who portrays Thor, looks undoubtedly ripped in his workout photo, however Chris (Pratt, that is) is also looking shredded. He not only got into shape for his Marvel films, but for the Jurassic World flicks, and his upcoming Amazon Prime show. We can’t wait to see what he does next!