Pregnant Victoria Ekanoye, best known for playing Angie Appleton in Coronation Street, is seen cradling her growing baby bump in a set of stunning new snaps. The 38-year-old actress is due to give birth to her first child later this month.

Victoria has previously revealed that she is expecting a baby boy with long term partner Jonny Lomas.

In the photographs, the mum-to-be bared her bump in a strapless black ensemble in a glam studio setting.

Another image captured her draped in a piece of satin-like material.

The Corrie star looked radiant as she excitedly prepares to become a mum for the first time. 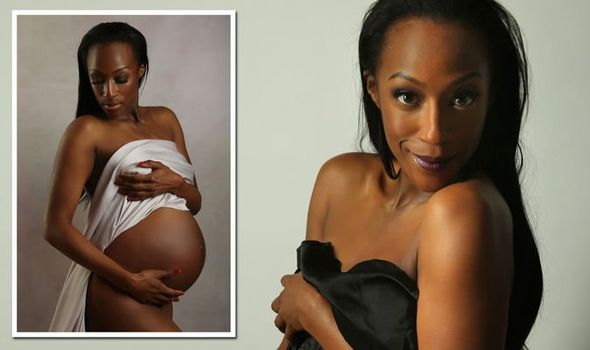 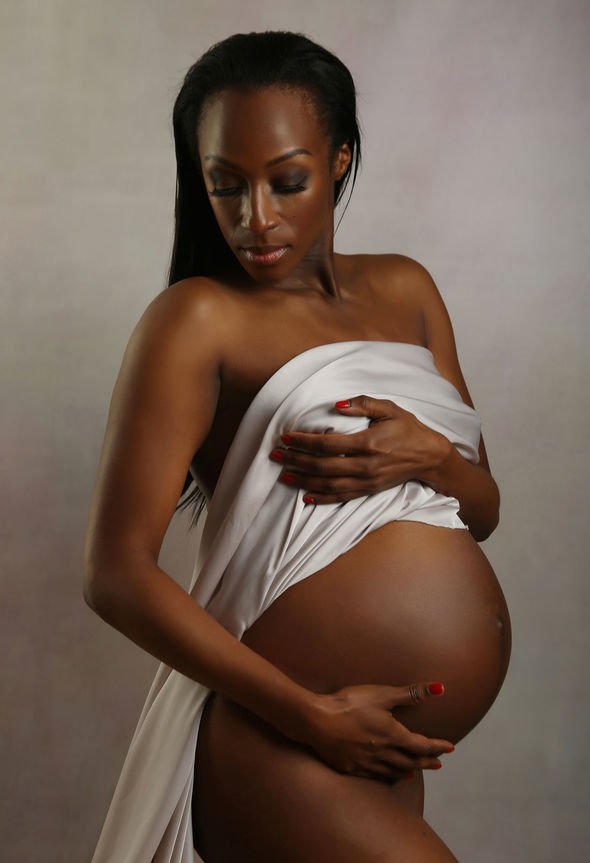 Victoria announced her baby news back in November, when she was six months pregnant.

The actress, who was diagnosed with sickle cell anaemia when she was 22, said she wanted to wait a while before revealing her pregnancy for health reasons.

The soap star said that although the pregnancy was a bit of a surprise, it was “unbelievably exciting”.

However, she did admit that being pregnant during the coronavirus pandemic and subsequent lockdown had been “a lot” to deal with. 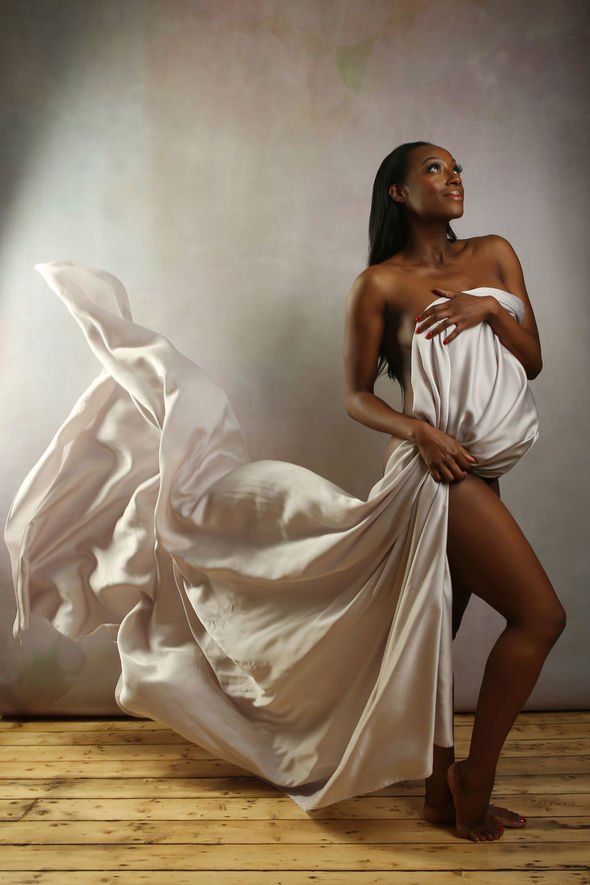 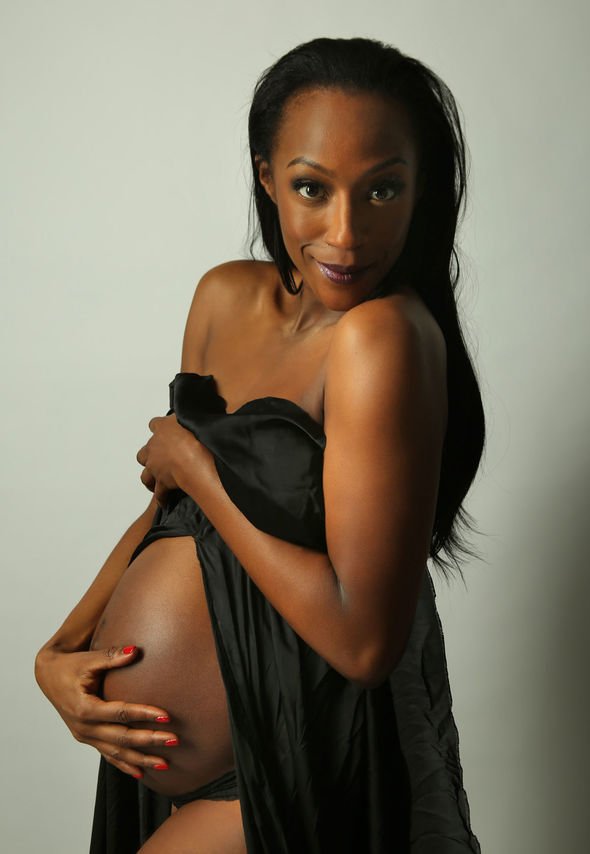 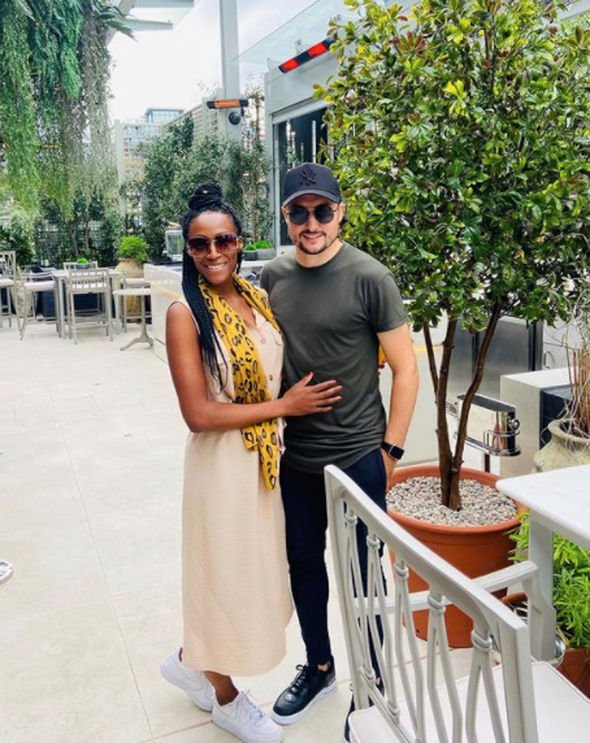 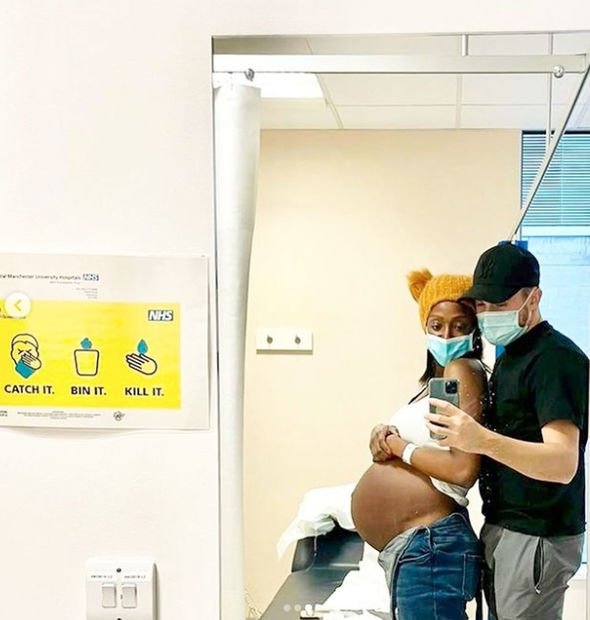 “We thought we would try next year. So when this pregnancy came along we were like: ‘It’s happening!’

“It did come as a bit of a surprise but it’s so unbelievably exciting,” she told Hello! magazine.

“I am super excited as well as a bit nervous,” her partner Jonny added.

“It’s a new chapter in our lives; all my friends who have kids say it’s going be hard but the best thing you will ever do.”

Victoria also told the publication that she had been closely monitored by health professionals throughout her pregnancy, because of her diagnosis.

The actress is likely to be induced at 39 weeks so that she can give birth in a “controlled environment”.

She said the hospital is well prepared and will have blood on standby, as she will need a transfusion immediately after giving birth.

Last month, Victoria revealed that it had been a “challenging” pregnancy as her baby was in a breech position.

On social media, she spoke candidly in a rare pregnancy update.

“So, truth be told, it’s been a bit of a challenging pregnancy, which I guess is why I’ve been so private about it,” she wrote in view of her 23,100 followers.

“One of the things we’re tackling is that little man has been breech for almost 2 months now and the possibility of a C section has been feeling more and more like a probability.

“With me having Sickle Cell, it’s such a struggle recovering from an op anyway and when our little miracle is here, all I want to do is get lost in his deliciousness.”

She went on to say that the prospect of having surgery had been weighing on her mind and was very upsetting.

“The thought of being less mobile and having to take painkillers, antibiotics, nurse a wound, and not be able to carry or feed him without being in pain was making me so upset.”

After revealing that her baby had now moved into a better position, she signed off on a more positive note: “Shout out to all expecting mamas, all those dealing with a chronic condition during this sodding pandemic and all those absolute legends parenting during these crazy times.